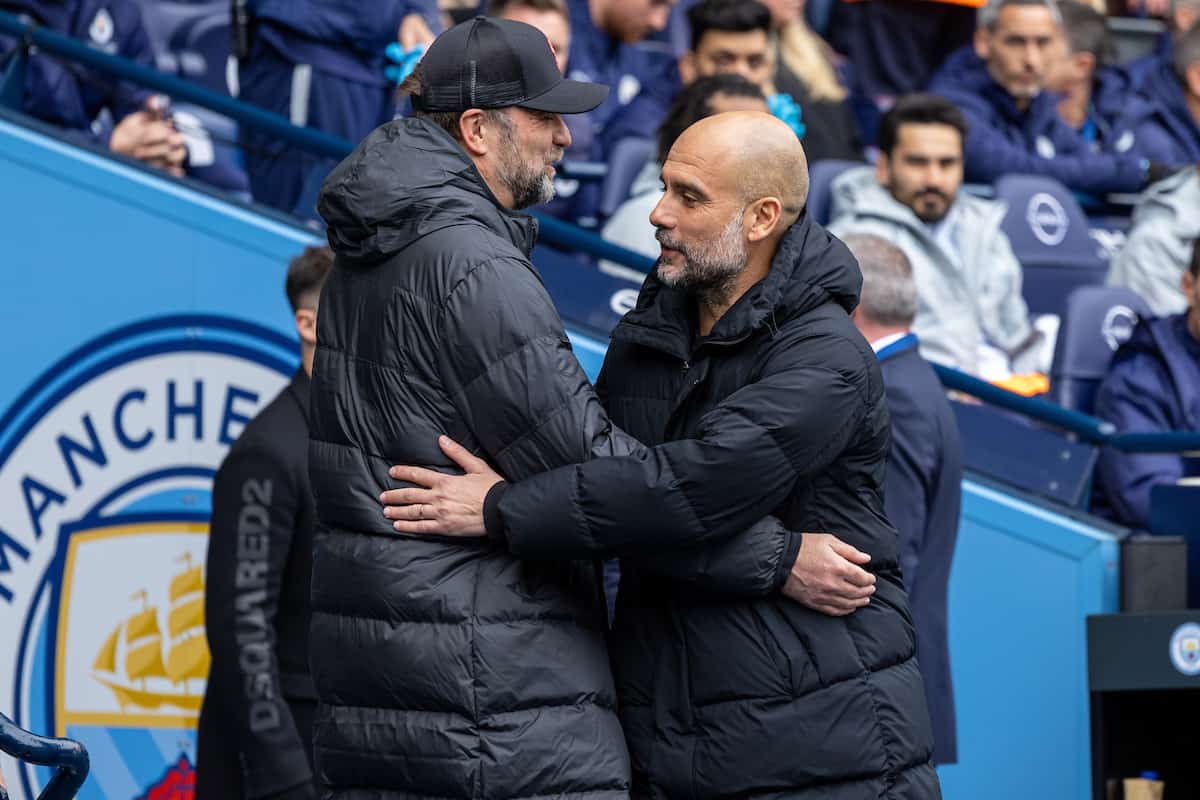 Liverpool and Man City were unable to play into the narrative laid out for them as they drew 2-2 on Sunday, with the title race continuing for seven more games.

In the days and weeks heading into the Reds’ trip to the Etihad, it was widely considered that whichever side won the tie would go on to win the title.

But with Diogo Jota and Sadio Mane cancelling out goals from Kevin De Bruyne and Gabriel Jesus, the two modern rivals were forced to settle for a point in Manchester.

A draw means City remain ahead of Liverpool by virtue of just one point, with seven games left to play in the league along with the respective clubs’ Champions League and FA Cup commitments.

So how does the run-in look for both Liverpool and Man City? Here are their final seven league fixtures. 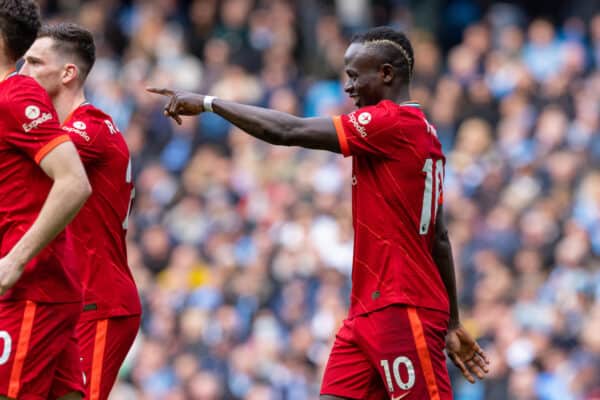 * To be moved if Liverpool reach the FA Cup final. 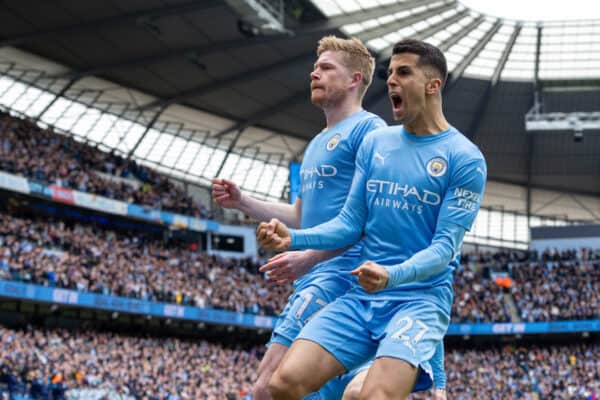 * To be moved if Man City reach the FA Cup final.

* Likely to be two upon rescheduling of Wolves (A).

As the title race goes down to the wire, it can be considered an advantage for whichever side plays first in any given round of fixtures.

Though City’s trip to Molineux to play Wolves is yet to be rescheduled, as it stands, Liverpool will play before the leaders on three occasions and after them only once.

That is likely to shift to three before, two after once a date is announced for the Wolves game, which can be expected to land on May 11.

A lot remains up in the air, of course, given one of Liverpool and City will contest the FA Cup final, ensuring their penultimate Premier League game will be moved.