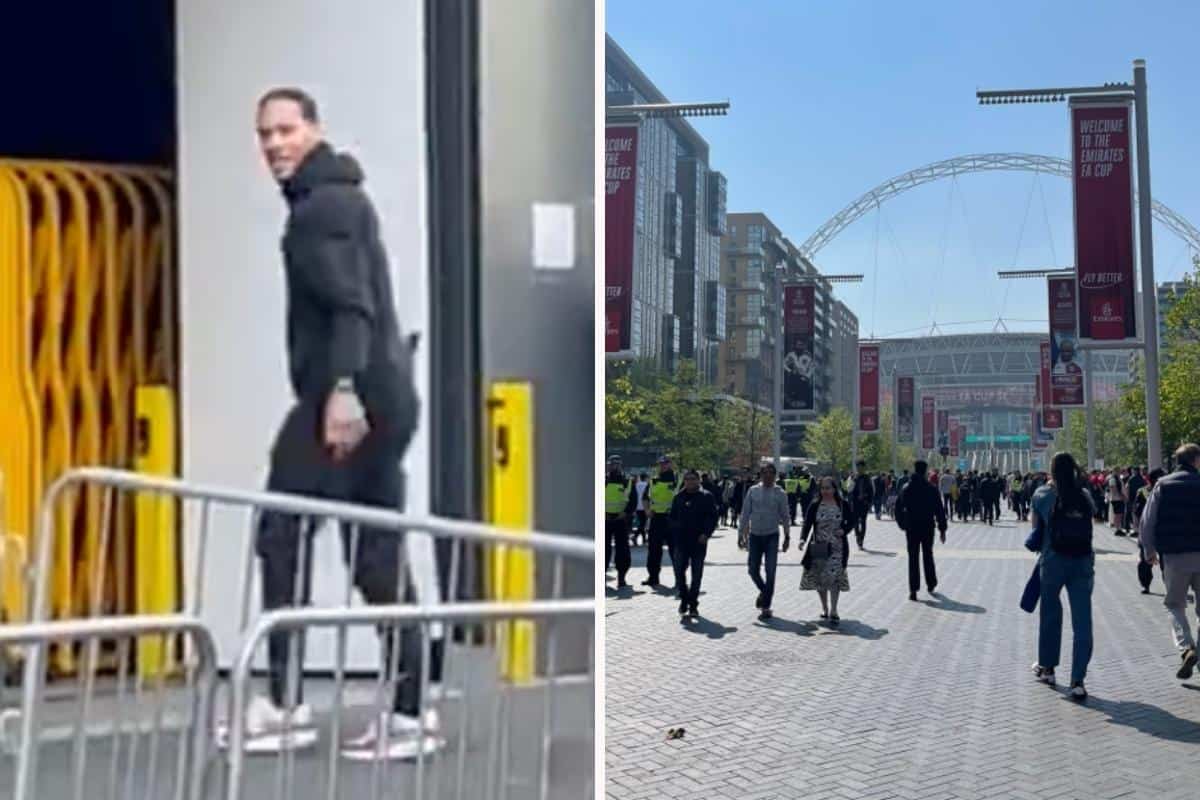 Jurgen Klopp‘s squad have descended on Wembley ahead of Saturday’s FA Cup semi-final, with Liverpool fans providing another vocal welcome just hours ahead of kickoff against Man City.

After four wins in the previous four rounds, Liverpool are in their first FA Cup semi-final since 2015 and Man City are the opposition for the second time in just six days.

The Reds have utilised 29 different players so far in the competition, with Klopp not shy in looking to his squad to get the job done.

But on Saturday the manager can only name a 20-man matchday squad, meaning further difficult decisions await Klopp thanks to a fit and healthy senior list.

Prior to the 3.30pm (BST) kickoff, the team were seen departing the team bus having arrived in London on Friday – both times being greeted by fans at their destination.

After being handed a rest in midweek, one can expect the likes of Virgil van Dijk, Andy Robertson, Trent Alexander-Arnold, Fabinho, Thiago, Mohamed Salah and Sadio Mane to feature in the XI.

The Dutchman was particularly bouncy as he left the team bus, waving to fans who were waiting to catch a glimpse at the squad on Saturday.

The big question is if Naby Keita will start ahead of Jordan Henderson in midfield and who will get the nod between Diogo Jota, Roberto Firmino and Luis Diaz in the forward line.

Liverpool’s No. 20 picked up a knock on Wednesday but was pictured in training and looked to be a member of the travelling squad thanks to videos on social media.

The likes of Harvey Elliott, James Milner, Kostas Tsimikas and Joe Gomez are also with the side and are likely to be part of the nine-man bench.

But while Klopp’s men put the finishing touches on their preparations for the semi-final, Reds are travelling down in their numbers – namely on the motorway after the train debacle:

Jurgen said to me you know….. #London #FACup #LFC pic.twitter.com/D5QxPz9rHq

And then straight back out to Benidorm later pic.twitter.com/uTcFJdvjql

Our Reds are on the way to Wembley. Come on you Mighty Reds. pic.twitter.com/IYiwnZ9PRq

Wembley ? what a day for it ? pic.twitter.com/hpCRgESocq