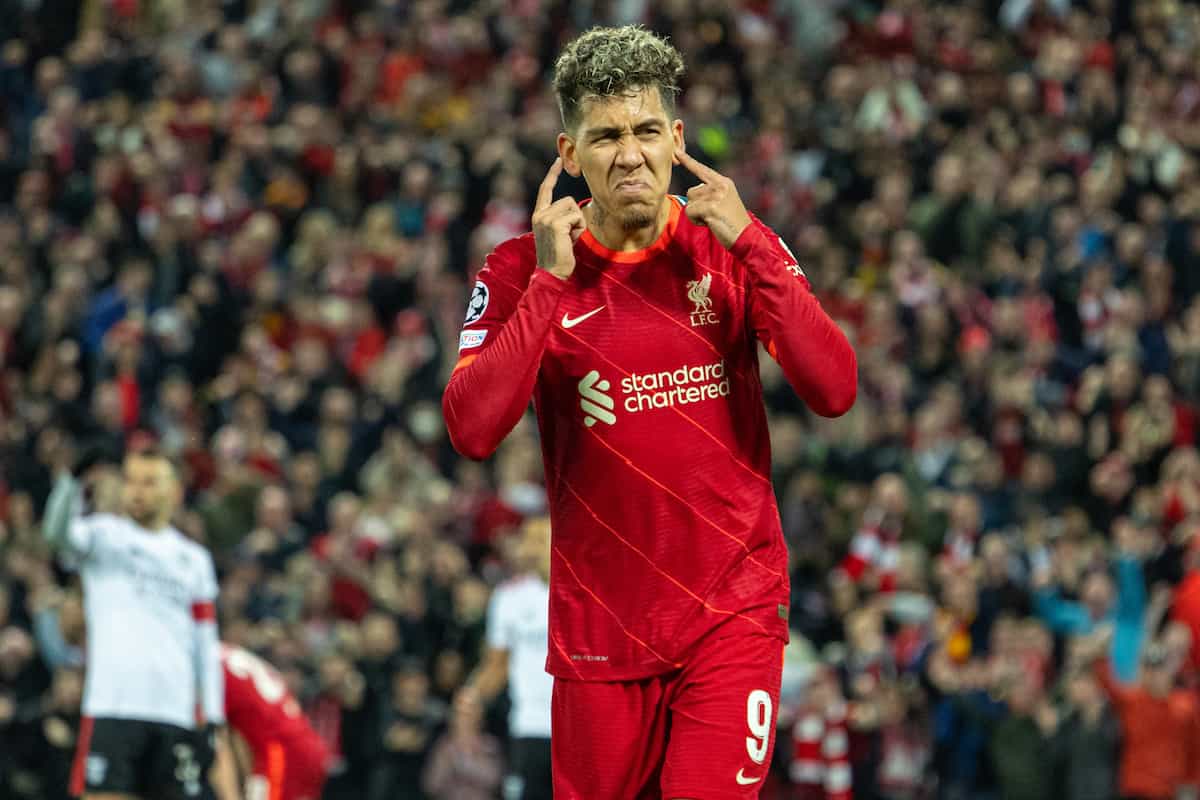 Liverpool drew 3-3 at home to Benfica on Wednesday evening, making it into the Champions League semi-finals yet again.

The Reds knew that Villarreal awaited in the semi-finals after their shock win over Bayern Munich, giving them an extra incentive.

Ibrahima Konate repeated his first-leg heroics with a towering header to give Jurgen Klopp‘s men the lead, only for Goncalo Ramos to equalise after a VAR check.

Roberto Firmino eased some nerves inside Anfield with two close-range finishes, but Roman Yaremchuk and Darwin Nunez both scored for the visitors.

Liverpool, despite the second-leg result, progressed 6-4 on aggregate.

Here’s how supporters reacted to the game on Twitter, Facebook and in This is Anfield’s comments section.

Fans revelled in the Reds’ progression…

For the 3rd time in 5 years, Liverpool FC have reached the semi-finals of the Champions League.

It’s also the 6th time in 12 seasons that Liverpool FC have reached this stage of the competition.

The love affair with the Champions League continues.

Progression, generally decent showing, no injuries and a wake up call by conceding so many. Lots to take from that that'll serve them well

2nd in the league, 1 point off the top. Into the semi final of the Champions League and FA cup, with a league cup already in the bag.

This season could still go either way, but it could be monumental.

Full time: Liverpool 3 Benfica 3. Aggregate 6-4. A much changed Reds side does more than enough to make it into the Champions League semi-finals again, way too much for Benfica to do to really trouble the progress of Klopp’s side. Next up: another semi-final.

A weird tie, that. Like we were never in trouble of losing it over the two legs and yet Benfica got 4 strange goals and made life uncomfortable nevertheless. And yet it was very comfortable. Lol.

There was plenty of love for Tsimikas and Firmino…

Have seen Bobby Firmino written off so many times. He’s only 30 years old. Has never relied on pace. It’s always been about intelligence and technique. He can be a fantastic squad option for #LFC in next 3-4 years. He can be streaky but on it he’s a genius. Love him.

How good is Tsimikas, though.

Tsimikas has been a class above tonight, and he's at it once again. He gets down the line, checks back and floats in a cross for Salah, who tees it up for Mane to hit. But his effort is off target.

Great to see Bobby back in form. Such a bonus. Also, disappointed that Tsimikas not going outside and crossing in open play, but two brilliant set-piece assists. Accuracy and whip.

Diaz caught the eye yet again…

Never seen a player so happy to be playing football than Luis Diaz.

Diaz is unreal man. His decision making and link up play is sublime. Can’t even think to imagine what he’s gonna be like after a pre season with these boys

Attention turned to this weekend and beyond…

Job done, get in! These second legs when you feel like you're already through are never easy.

Liverpool hopefully will be a lot more diligent in controlling things against Unai Emery over 2 legs.
On paper it's obvious who the favourite is. But Bayern was the same, no?

It’s April 13th and Liverpool FC have played every game of every competition they’ve entered at start of season. We go again ??#LFC