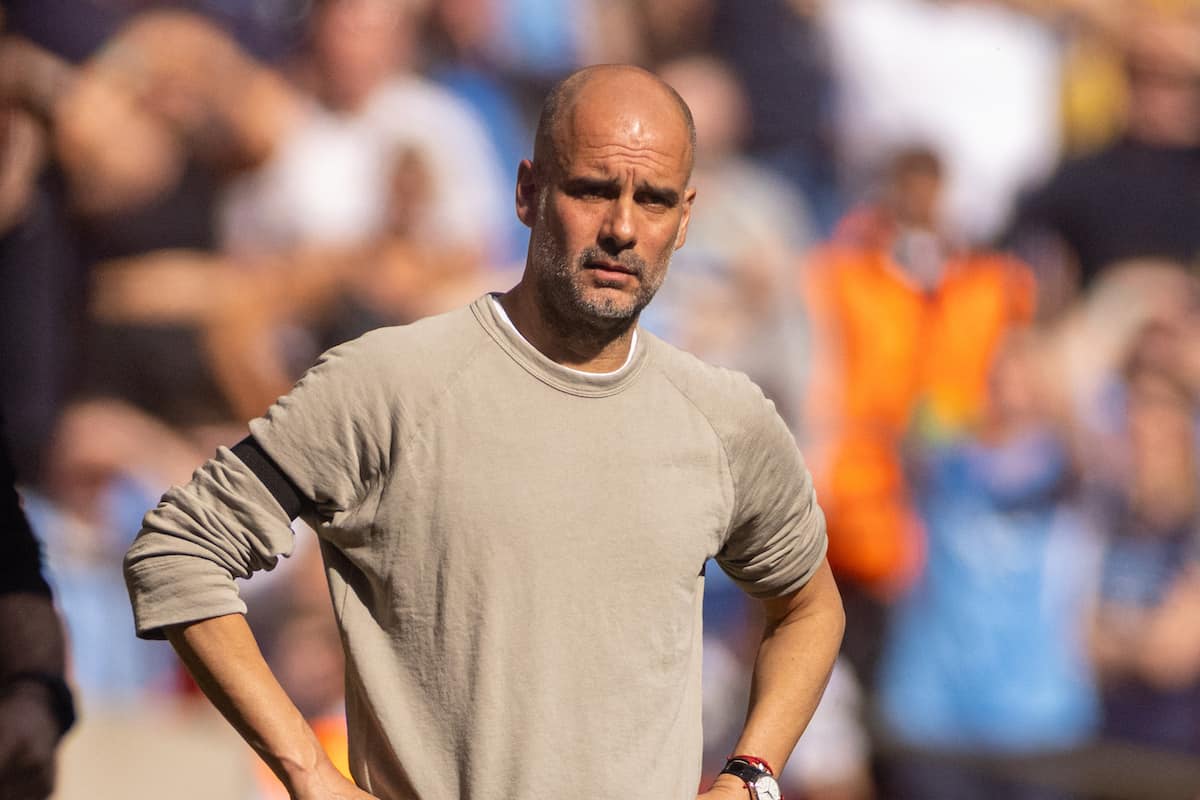 Pep Guardiola has slammed the collection of Man City that disrupted the moment of silence in remembrance of the Hillsborough disaster at Wembley.

Liverpool’s FA Cup semi-final against Man City came one day after the 33rd anniversary of the Hillsborough disaster when 97 innocent lives were unlawfully taken in 1989.

Players across all levels at Liverpool observed a minute’s silence on Friday to pay their respects and the same was to take place ahead of kick-off on Saturday afternoon.

However, referee Michael Oliver was forced to end the minute’s silence early after ‘fans’ in the City end started chanting in blatant disrespect.

It was despicable, disheartening and unforgivable and during the game Man City released a statement that said:

“Manchester City are extremely disappointed with the actions of some City supporters during the minute’s silence before today’s game. The Club sincerely apologises to all those connected with Liverpool Football Club.”

Post-match Guardiola was subsequently asked about the chants that marred the tribute and he had strong words to say.

“The club made a statement, the [fans] don’t represent who we want to be,” Guardiola told reporters after Saturday’s match.

“We are close to Liverpool who went through this tragedy and I think the statement from the club represents who we are.”

It is a class response that is needed more across the board, there is nothing to mock about a tragedy that took 97 innocent lives and affected hundreds and thousands of others.

There is no point-scoring to be had.