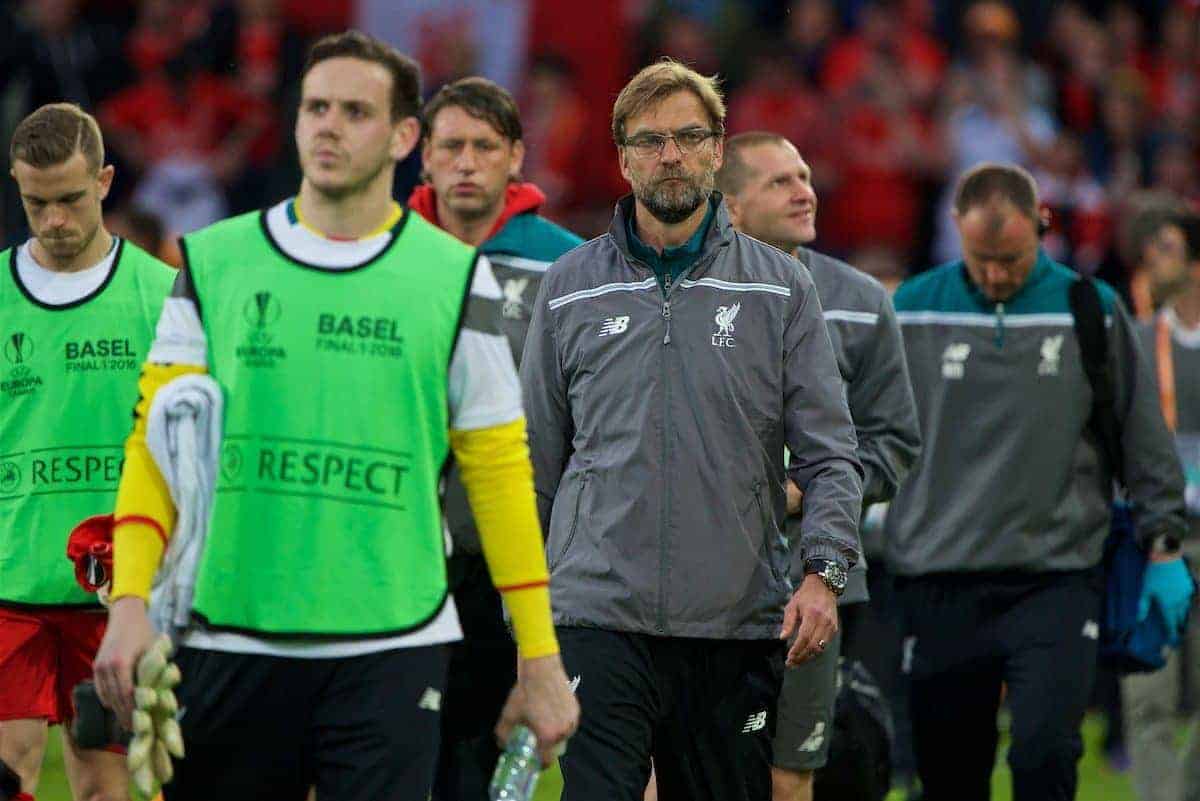 It is almost six years since Liverpool lost their first European final under Jurgen Klopp, and Wednesday pits them against the victor that night in Unai Emery.

This season has, so far, been a remarkable one for the Reds, as Klopp looks to lead his side to an unprecedented quadruple with the League Cup already sealed.

Next up is a Champions League semi-final against Villarreal, with a place in a third final in the tournament in just five years up for grabs, and a fourth in Europe since the manager took over.

In charge of Villarreal is Emery, who masterminded Sevilla’s 3-1 victory over Liverpool in the Europa League final in 2016, which serves as a reminder of the disappointment that ended Klopp’s first season.

But rather than stew on their frustration, the Reds used that night in Basel to inspire them to the success that would come.

“That night always sticks out to me, I always remember it,” Jordan Henderson told reporters on Tuesday.

“Just because I remember after the game, going back to the hotel, obviously all the lads are disappointed and you just sort of want to go back to your room, not see anybody and just get your head down.

“But the gaffer was a bit different to what you would expect, he had everybody downstairs together in the bar area and we just sort of spent the night together.

“I felt he knew that this was the beginning and the start of something special to come.

“As a player, it’s very difficult to think that then, when you just lost a final, but he was very different to what I’d ever seen before.

“That night always sticks out in my mind, he sort of knew what was coming in the next few years and I feel as though he’s produced that.

“He’s proven that was the beginning of something special.” 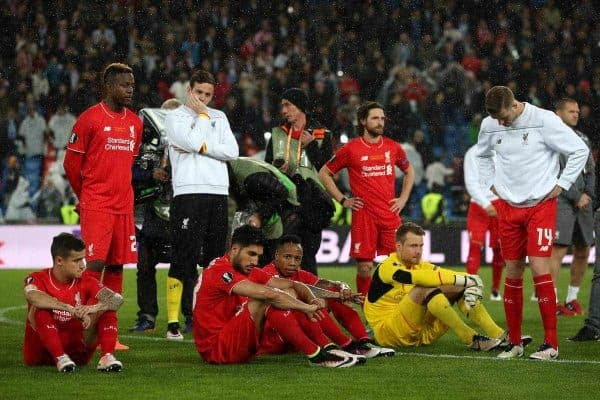 Henderson clearly feels that defeat was a turning point for Liverpool, and though Klopp’s message to the players in the hotel after the game was hugely influential, the manager played it down ahead of his reunion with Emery.

“I haven’t thought about that final for a while, to be honest,” he insisted.

“In that moment, I really thought we had a good chance to come back stronger, and we did.

“That night was a tough one to take, we played a really good first half, should have scored more, scored one more that didn’t count, but it was like game number 64 in that season.

“[It was] an incredibly tough season for us, a lot of injury problems when we arrived there, players only came back a few days before the final.

“So you cannot really compare football games, especially not when six years lie between them.

“Would it have been any different since then if we would have won that night? I don’t think so, to be honest.

“I would have loved to lift the trophy that night, but how it is, you have to learn from these things and that’s what we tried to do.” 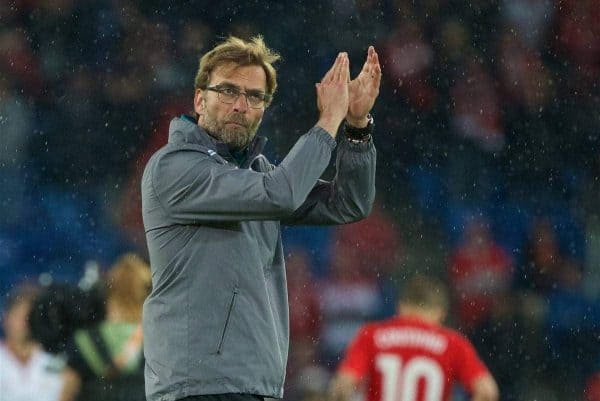 The captain, who sat in for media duties ahead of the Anfield leg, gave the players’ perspective of the loss to Sevilla and the aftermath, noting how Klopp’s “mentality was different.”

“It was more difficult for us as players to see past that night at that moment, because you’re so devastated that you’ve just lost a European final,” he said.

“Yes, he was disappointed, of course. But I felt as though he knew it was the start, and I think that confidence then translates to the players.

“And yes, then the next day you’re still disappointed, but as the days go on, you sort of try and use that as motivation to be better and try to get to another European final, try to improve as a team, try to be successful going forward.

“Like I said, that day always sticks out for me, for sure. It’s been pretty eventful since then, so hopefully it can carry on going in the right way.

“Tomorrow is another big night to take that step in the right direction.”