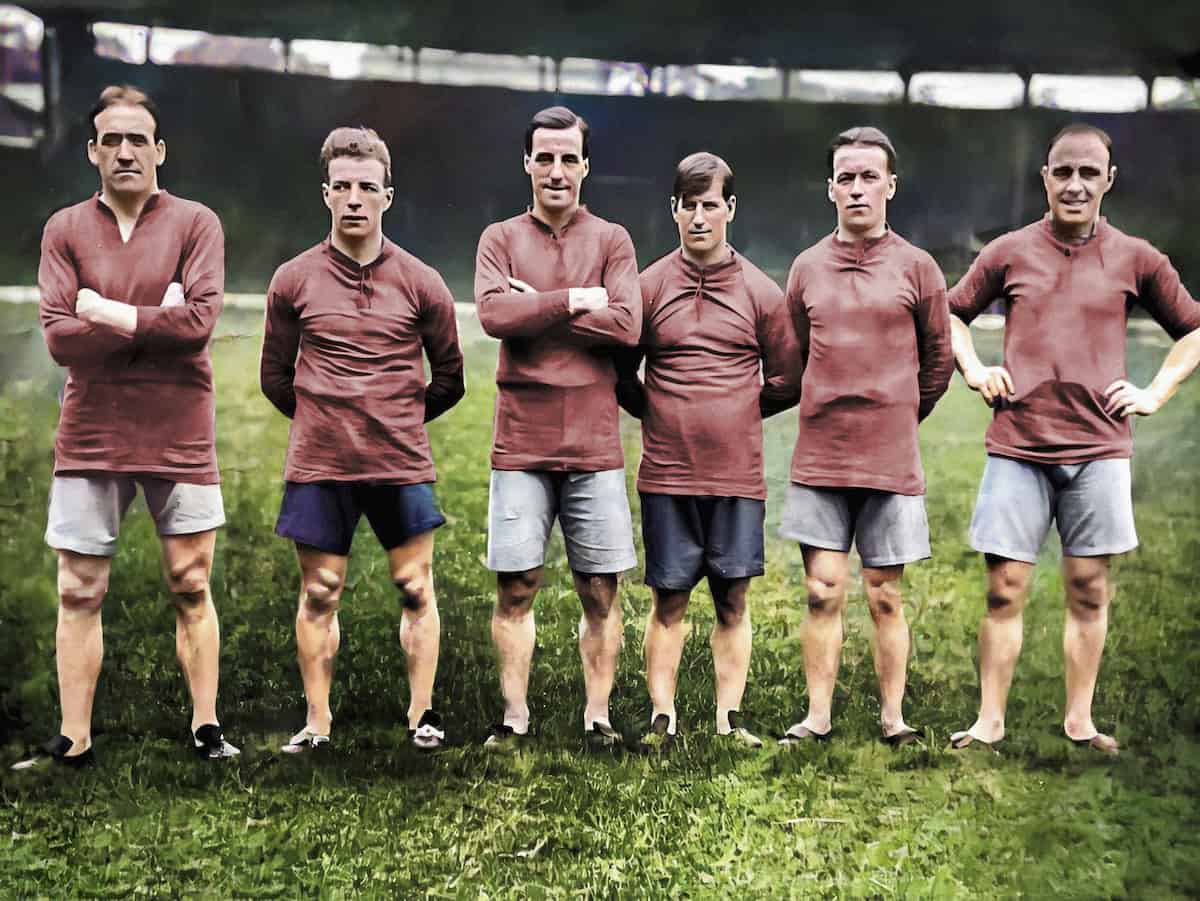 Jurgen Klopp‘s Reds are embroiled in what could yet be Anfield’s greatest season ever. Such is the remarkable history of our club, modern Reds rarely have to look too far into the mists of time to uncover similar tales of glory.

However, this weekend will mark the passing of 100 years since one Liverpool team set a new benchmark in Anfield history.

In 1922, the legendary “Untouchables” side secured the first of their back-to-back title wins. It would take 55 years for any Liverpool team to repeat the feat.

This Is Anfield’s Jeff Goulding and football historian Kieran Smith have teamed up to piece together the remarkable stories behind those two incredible seasons in their book, Untouchables: Anfield’s Band of Brothers. 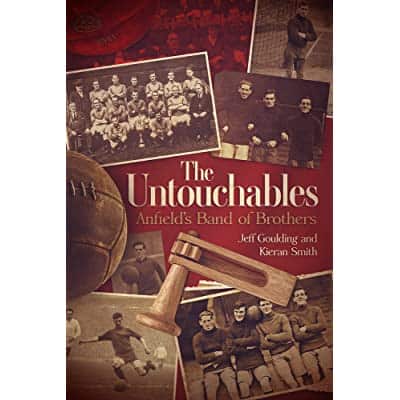 Here, they talk about how the book emerged and share with us some of the remarkable backstories of this incredible team.

“Kieran and I share a passion for the prewar history of Liverpool FC,” explains Goulding.

“Like all Reds we are in awe of the likes of Shankly, Paisley and of course Klopp, but for us there is a fascination with those who went before, the people who built the club we love today. Our research has taught us that long before the 1960s, the story of our club is as rich and enthralling as anything in the modern era.”

Smith, an amateur football historian by night and healthcare worker by day, agrees: “The more we dig into the past, the more convinced we are that there are countless long-forgotten stories waiting to be unearthed and retold to a new generation of Liverpool supporters. The incredible tales that form the backstory to the Untouchables are proof of that.”

In the book, Goulding and Smith have pieced together the lives of not only the players, but also the backroom staff, the boardroom figures and of course the people of Liverpool themselves, to create a truly vivid portrait of the club, the people and the city, and all of it is framed in the most striking of contexts. 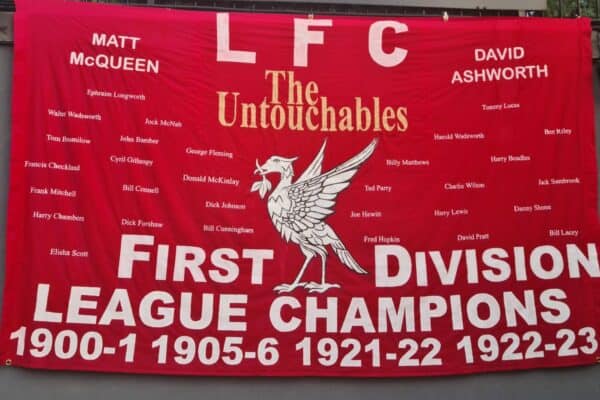 [Above: A new banner that will be on display at Wembley – and at Anfield vs. Man United next Tuesday]

The story of the Untouchables is epic in its breadth, taking in the fiery birth of the club and the early lives of the players and key figures, leading us into the First World War alongside the men who would go on to serve Liverpool FC with distinction, before emerging into pandemic Liverpool, its streets awash with “Spanish Flu” and seething with political dissent.

This is a period of rebellion and conflict, and the men who would come through so much horror to achieve sporting excellence did so against a backdrop of existential threat.

Just as Klopp’s Liverpool secured a league title in the shadow of a deadly viral outbreak and continue to exceed amidst the horror of war in Europe, so too did David Ashworth’s Liverpool a century ago. That so many of Ashworth’s charges had themselves fought on the battlefields of Europe perhaps makes their achievement all the more breathtaking.

Pulling all of this together was a monumental task for the authors, with both becoming amateur sleuths at times, spending countless hours embroiled in census records, scouring archives and original source material, and talking to the descendants of key figures.

Through the inclusion of family recollections, photographs and mementos the Untouchables reveals a depth rarely seen in similar football history books. Goulding explains how important the cooperation of the families was in telling this story. 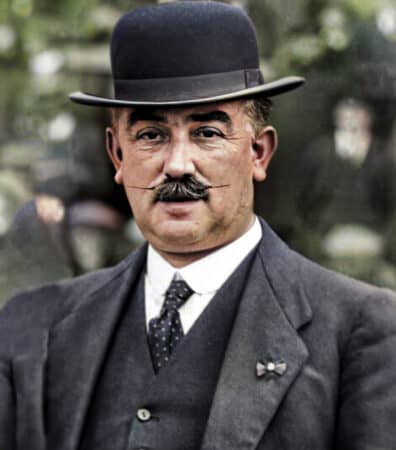 “We couldn’t have wirtten the book we have without their participation,” Goulding says. “Aside from providing us with so many stories that we were utterly confident had never been heard before, I think the families drove us on. After speaking to them, we got a real sense of how important these men were in their lives.

“Following every conversation we couldn’t help but be impressed with their passion, and it made us want to do justice to their memories. We dug a little deeper and tried, sometimes in vain, to answer their questions. It wasn’t always possible, but what we have achieved is to place their loved ones in a context and reveal more of their lives than anyone has done before.”

The challenges of telling the stories of people who lived a century ago are considerable. However, the book succeeds in creating as close to a three dimensional image of the team as is possible. In particular, the detail provided of wartime Liverpool and the experiences of the players on the frontline speaks to the work involved in bringing this book to life. Smith gives some insight into this:

“Jeff and I were on a mission with this book. We didn’t want it to be page after page of match reports and statistics, we wanted to get under the skin of the club and reveal a social history of this team, it’s a human story really.”

This story is told through the eyes of the three Scousers in the team, Walter Wadsworth, Tom Bromilow and Danny Shone.

Through Walter’s eyes we are introduced to figures like Elisha Scott, who became the greatest goalkeeper of his generation and we get to experience life in Liverpool during wartime. Tom and Danny take us to the frontline, which they shared with other future Anfield greats, like Jock McNab, whose conversion from ruffian and wastrel to a hero who saved the lives of his comrades on the battlefield is captured in stunning detail. 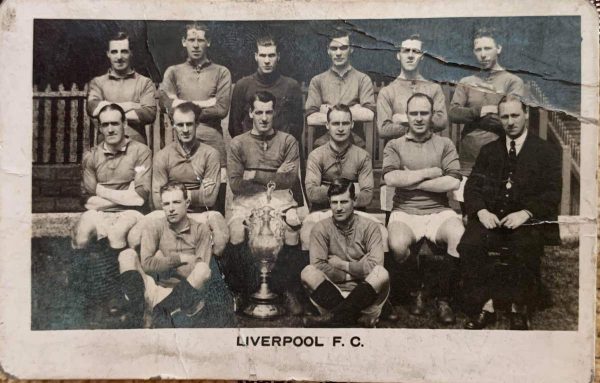 We learn how young amateur footballer Danny Shone is thrust onto the Western Front as a result of conscription, only to suffer life-threatening injuries in combat. His tale of survival and subsequent emergence as an Untouchable is both horrifying and inspiring in equal measure.

Bromilow’s experiences at Passchendaele, one of the bloodiest battles of the war, place his future achievements in the game in stark relief. This team was certainly a band of brothers, forged in the fire of war.

For all that though, it is the story of a football team – and Goulding and Smith have managed to provide a detailed account of the games, the tactics and the unique characteristics of the squad and the people in the background who provided the platform for success.

Here, the story of Ashworth is as intriguing as it is informative. The somewhat mercurial and even eccentric boss spectacularly left Liverpool midway through the second title-winning season. He would return to his former club Oldham, who were embroiled in an ultimately unsuccessful relegation battle.

Liverpool went on to win the title anyway, thanks to the stewardship of former title-winning player, and Reds legend, Matt McQueen. Ashworth’s character and the reasons for his seemingly inexplicable decision are explored in full and the reader is treated to the most detailed description of his character and the experiences that shaped his behaviour.

Sadly, all good things must come to an end, and the fall of the Untouchables is dealt with in as much detail as their rise. We learn of their onward journeys, some of them are uplifting, while others are steeped in tragedy and even disgrace. But no story of this great team would be complete without such depth.

After all, the Untouchables were merely human beings, beset with the same strengths and weaknesses as the rest of us. That they achieved all that they did despite the challenges they faced sets their story apart, and should cement their place as true legends of the football club.

The Untouchables: Anfield’s Band of Brothers ensures their remarkable legacy will never be forgotten.

The Untouchables: Anfield’s Band of Brothers by Jeff Goulding and Kieran Smith, and published by Pitch Publishing is available from all good booksellers and Amazon here.