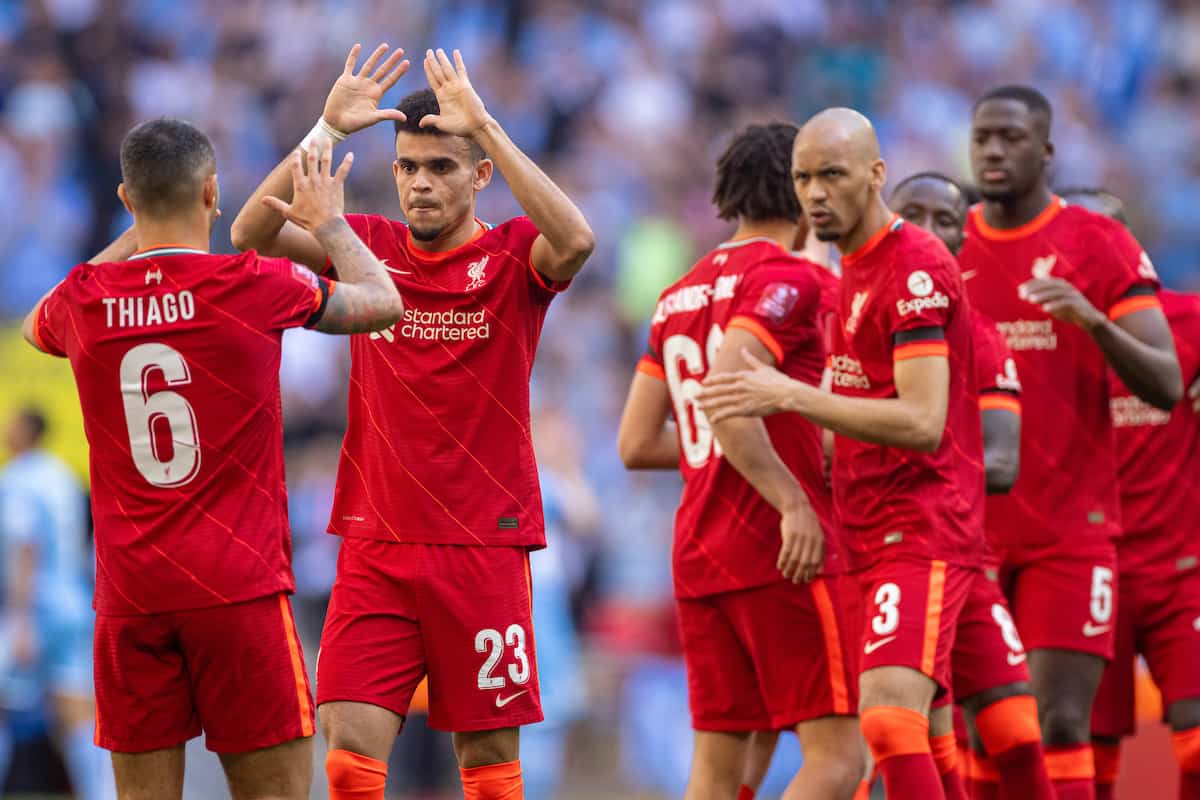 Liverpool can benefit from a three-day break as they return to the Premier League against Tottenham, with Jurgen Klopp likely to go full strength.

It seems ridiculous, but a full three days between the trip to Villarreal and the visit of Tottenham can be considered a boost for the Reds.

After booking a place in the Champions League final with a 3-2 comeback win at El Madrigal, Klopp’s side can go top of the Premier League with a victory over Spurs.

With Man City to host Newcastle on Sunday evening, Liverpool have an opportunity to put pressure on their title rivals once again.

So how could they line up at Anfield?

In his pre-match press conference on Friday, Klopp gave the following updates on his squad:

In his pre-match press conference, Klopp reflected on the three-day break between fixtures, joking that it “feels like a holiday.”

With no fitness issues to consider, and a trip to midtable Aston Villa to come on Tuesday night, that would suggest that a full-strength Liverpool side lines up at the weekend.

If that is the case, the following could be expected: 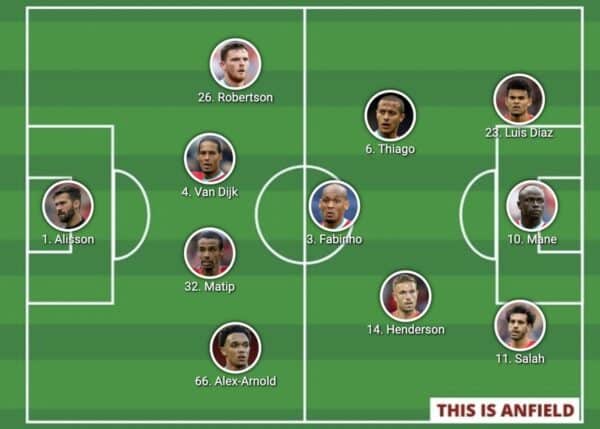 There is a chance Klopp still makes minor alterations to keep key players fresh for the next three weeks, with Thiago chief among those who could be protected.

Meanwhile, with Sadio Mane starting each of the last six games and playing 90 minutes in midweek, there is a chance he is shuffled out, too:

With those tweaks, the Reds could shape up as below: 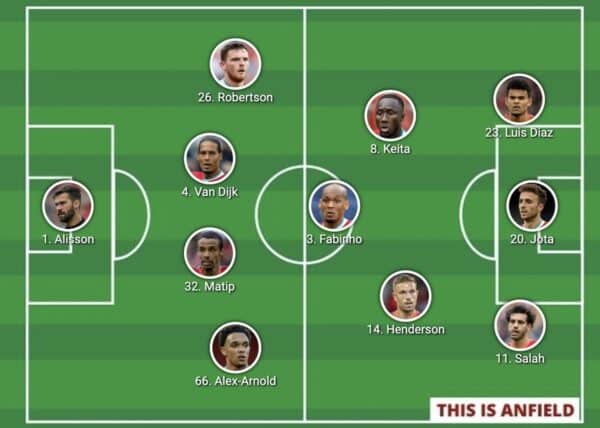 Despite having the advantage of playing at Anfield, Saturday’s clash is likely to be one of the toughest games Liverpool face between now and the end of the season.

Fortunately, the Reds remain in an ideal position in terms of the strength of Klopp’s squad, and whoever lines up against Tottenham should be capable of getting the job done.