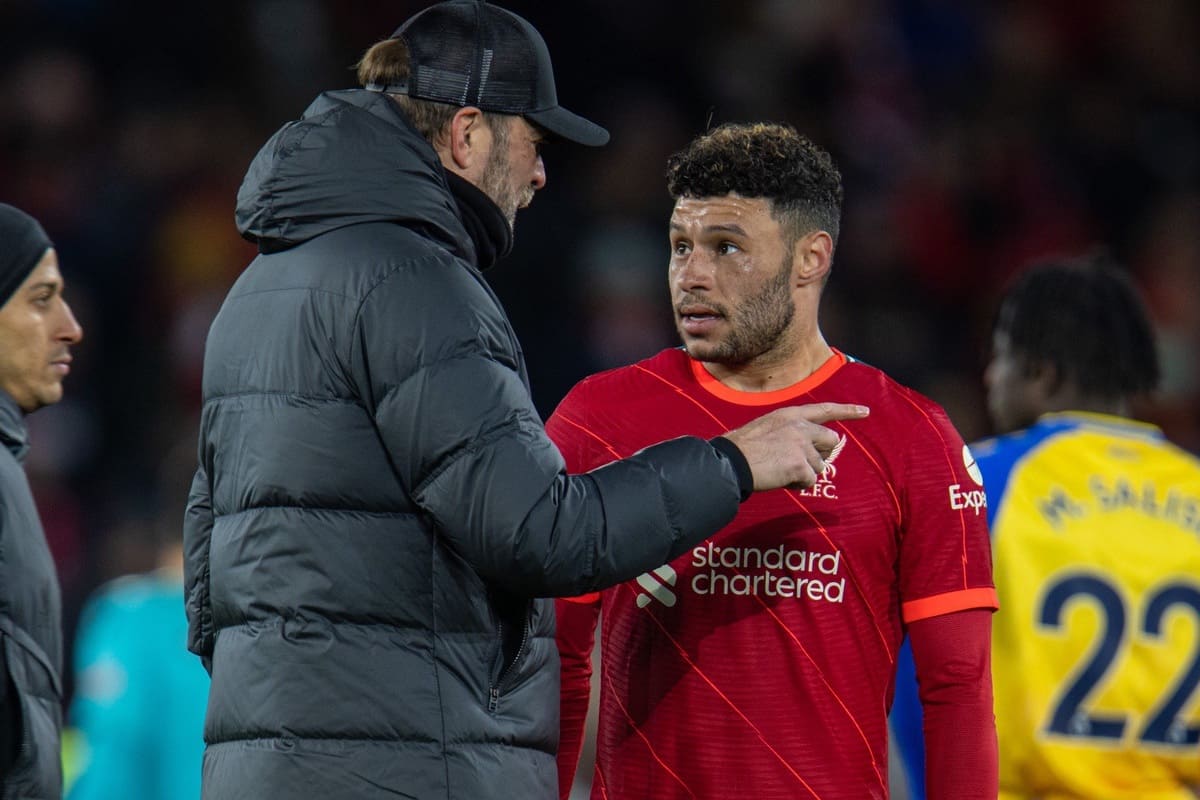 Alex Oxlade-Chamberlain has not featured for Liverpool in almost two months, with the midfielder now claimed to “fear for his future” at the club.

It has been a strange season for Oxlade-Chamberlain, who has been fully fit throughout a campaign that started with the birth of his first child and has seen him play 29 times so far.

In only two of his previous four seasons with Liverpool has the 28-year-old made more appearances, but he is in arguably the worst standing of his entire time with the club.

Oxlade-Chamberlain’s last game for the Reds was the 1-0 win over Nottingham Forest in the FA Cup quarter-finals on March 20, and he was visibly unhappy as he was brought off just after the hour mark.

His last Premier League appearance came in the 3-1 victory over Norwich on February 19, which was his 15th outing in an 18-game run in the top flight.

With his minutes drying up – so much so that he has been left out of the squad for the last five league games – it seems likely that the Englishman’s time at Anfield is coming to an end.

According to the Mail, Oxlade-Chamberlain “fears for his Liverpool future” as he is “yet to be approached about a renewal” of a contract that expires in 2023.

Liverpool are said to have taken a “‘wait and see’ approach” when it comes to their No. 15, with the Times‘ Paul Joyce reporting back in April that Newcastle made a failed attempt to sign the player in January. 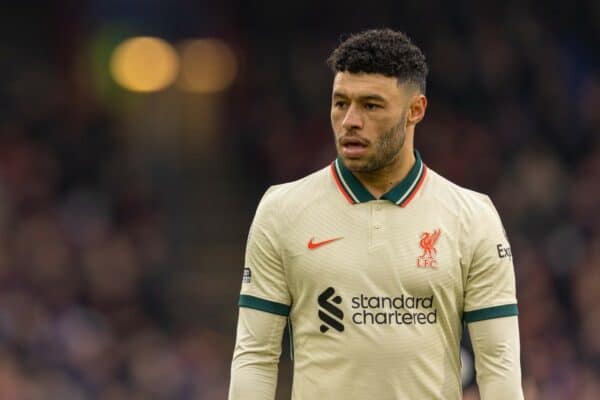 It stands to reason that, while the club would almost certainly consider offers for Oxlade-Chamberlain, there will be little in the way of urgency from Jurgen Klopp to part ways with him.

He has proved a valuable squad player since recovering from a long-term knee injury that hampered his momentum in 2018, operating in a number of positions including a brief stint as a No. 9.

There is a sense, too, that he is a popular character in the dressing room, particularly with the British contingent such as Jordan Henderson, James Milner, Trent Alexander-Arnold and Andy Robertson.

However, Oxlade-Chamberlain finds himself in a bracket of players alongside Divock Origi, Takumi Minamino and Joe Gomez, with their minutes not truly reflecting the quality they could offer.

Such is the competition for places in Klopp’s squad, that group could face a tough decision in the summer – with Origi already due to depart on a free transfer.