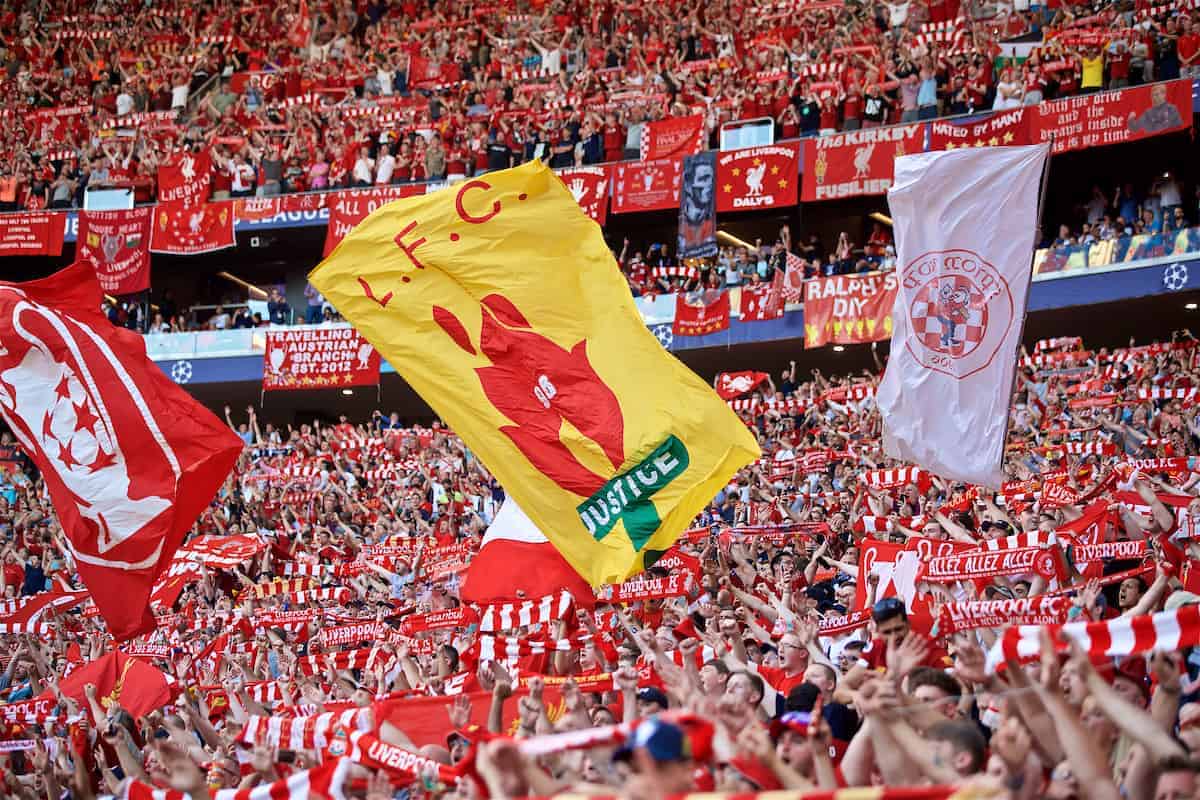 An open letter to UEFA – from Liverpool supporters union

Spirit of Shankly, the Liverpool supporters union, has written an open letter to Europe’s governing body, UEFA, in light of the farcical ticketing situation for the Champions League final.

Thursday saw confirmation of ticket allocations for the showpiece final in Paris on May 28, with just 19,618 issued for Liverpool FC.

And of the Reds’ allocation, 1,324 are restricted view seats – somehow, in a stadium that was built for the 1998 World Cup.

The top category of tickets for supporters are priced at £578.63.

None of this is particularly new, but it highlights yet again how UEFA’s words on the importance of supporters are absolutely hollow.

In response, Spirit of Shankly have written an open letter to UEFA and called out their president, Aleksander Ceferin, after his comments following the failed Super League just over a year ago.

Liverpool FC have reached the Champions League final. Again. In Paris, against Real Madrid. Again. For our fans, it’s another European final jaunt, the climax of the season, the hope of winning again.

Stade de France, the venue for the final, holds 75,000. LFC and Madrid, each receive shy of 20,000. In total, loyal supporters will make up just over 52 percent of the capacity crowd.

A free-for-all public ballot accounts for 12,000 (16 percent), and the remainder of the allocation will be given to the UEFA ‘family’ and mostly corporate sponsors.

Unfortunately, for some of those lucky enough to get a ticket, the cost will be prohibitive. There are four price categories, ranging from €70 to €690. The majority of tickets are in category 3 and cost €180 each. There are no concessions for over-65s or under-16s. Previously child-adult packages have been available, but no more.

Football, as a spectacle, is beamed across the globe, the faith, joy and despair of fans watching in the stadiums sold and packaged as theatre, as compelling as the drama on the pitch. UEFA depend on this, they know football without fans is nothing.

In standing up to the failed Super League, UEFA President Aleksander Ceferin said: “I can’t understand how you can see your fans protesting and you don’t care. You are full of money anyway, you’re not poor, but you want more and more and more.”

Well Mr Ceferin, Liverpool fans are protesting and you don’t seem to care. UEFA are not poor, but you seem to want more. And more.

Similarly, UEFA’s proposed changes to their club competitions in the future ignore the interests of the fans. Football supporters are tired of being ripped off. Tired of watching their team reach a final, but unable to find a ticket to attend. And tired of exorbitant prices.

It’s time UEFA recognised the power of fans and the importance of fans above sponsorships.

Meanwhile, tickets for the final are being placed on third-party websites at extortionate prices.