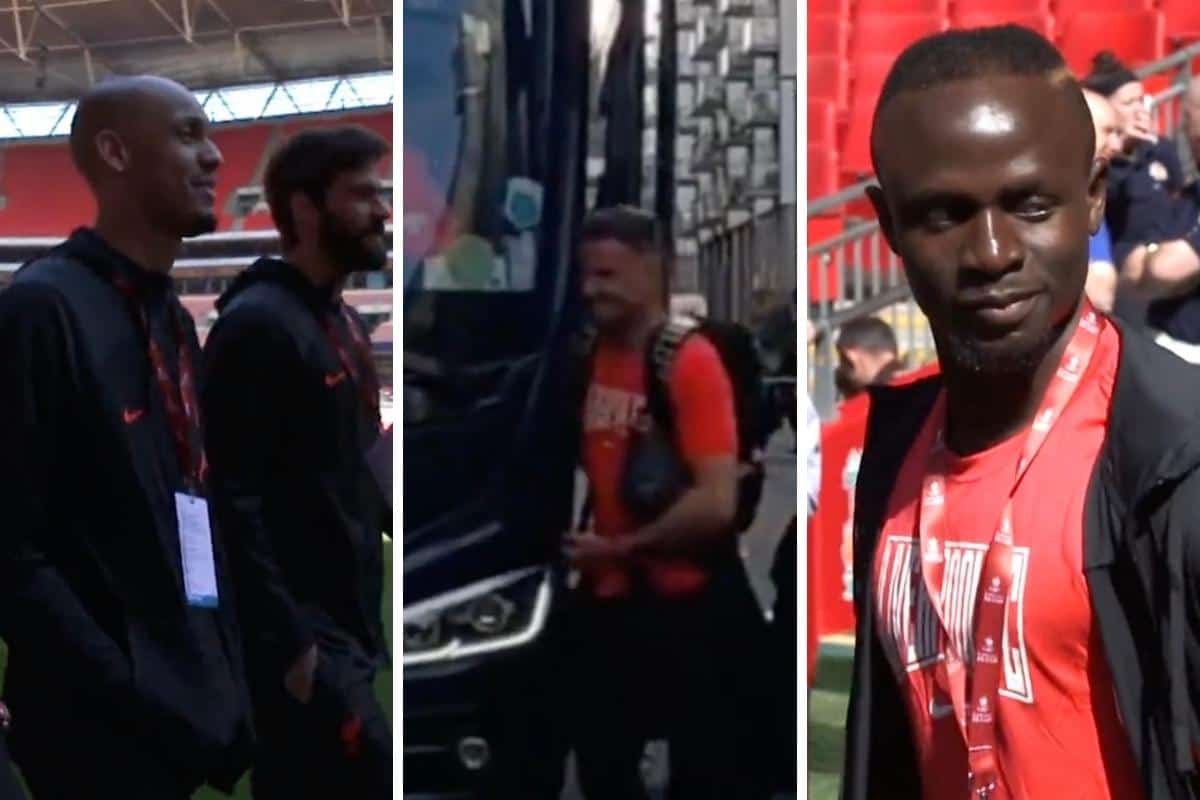 Fabinho has travelled with the Liverpool squad to Wembley but is not expected to be part of the squad, with a full 25-man group available to Jurgen Klopp otherwise.

The Reds take on Chelsea in this evening’s final, in their 60th game of the campaign.

It is their third trip to Wembley, following the semi-final victory over Man City and the League Cup triumph against Chelsea, and the squad remains strong for this tie.

In his pre-match press conference, Jurgen Klopp confirmed that Fabinho would “definitely” be fit for the Champions League final on May 28, adding that “we will see” whether he could return from his hamstring injury before then.

While the Brazilian has been spotted at Wembley ahead of kickoff and appears to be walking fine, there is no expectation he will be involved for the FA Cup final.

A 25-man squad disembarked from the team bus on Saturday morning, with no new setbacks to concern Klopp as he bids for a second trophy so far this season.

Naby Keita is part of the travelling group, having pick up a niggle late on in the 2-1 win at Aston Villa on Tuesday night, and is in line to start in midfield.

The Guinean should join Jordan Henderson and Thiago in a three-man engine room, while Ibrahima Konate is favourite to partner Virgil van Dijk at centre-back.

Taking in our surroundings ahead of the #EmiratesFACup final! ???? pic.twitter.com/2wobehM0m9

Klopp’s biggest selection quandary comes in attack, as though Mohamed Salah is set to come back in, a decision will need to be made over which of Luis Diaz, Diogo Jota or Roberto Firmino joins the Egyptian and Sadio Mane.

Youngster Rhys Williams is also at Wembley but is unlikely to make the 20-man matchday squad, with the likes of Harvey Elliott, Alex Oxlade-Chamberlain, Takumi Minamino, Joe Gomez and Divock Origi among those who could also be left out.

Liverpool last took part in the FA Cup final in 2012, losing 2-1 to Chelsea, with their most recent triumph in the competition coming in 2006. 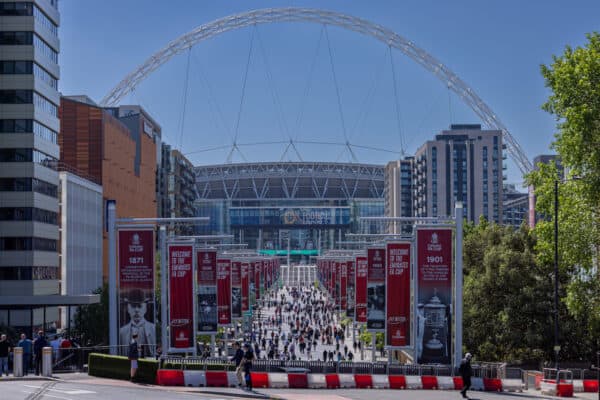 * Not expected to take part due to injury.