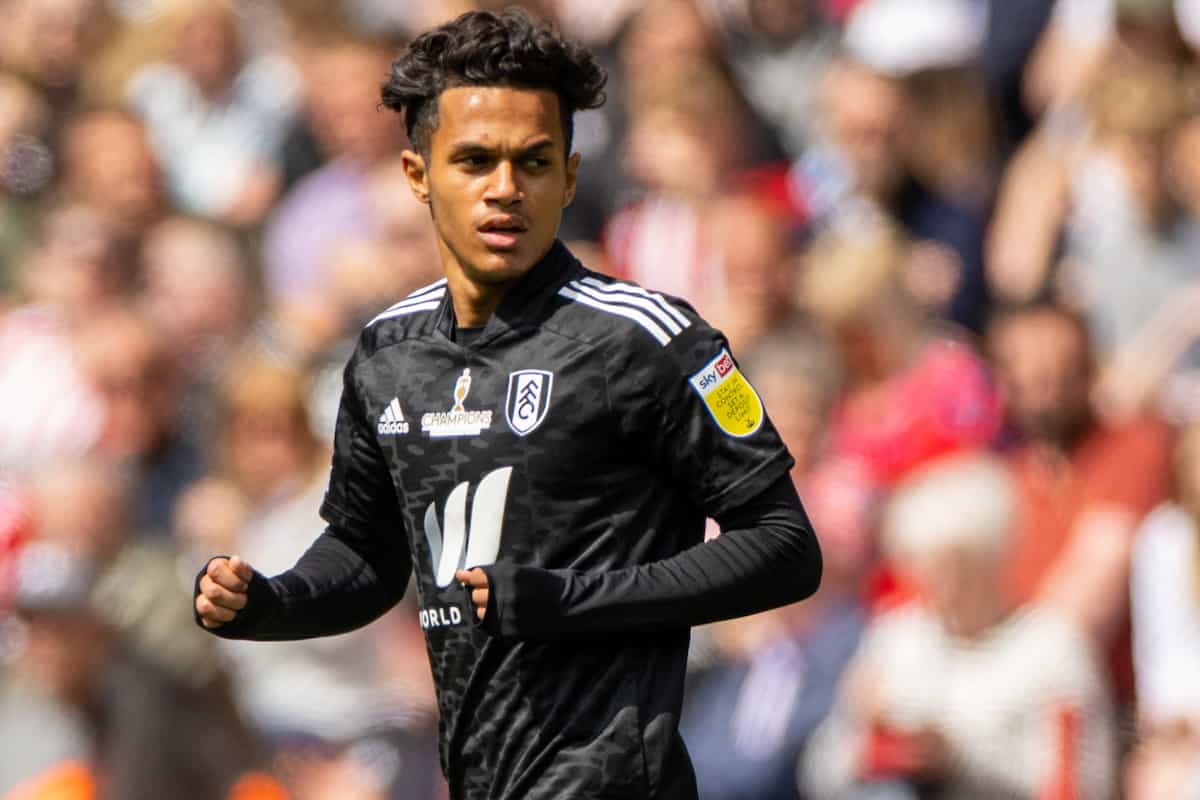 Fabio Carvalho has revealed that Harvey Elliott contacted him prior to his move from Fulham to Liverpool, but that he “didn’t want to go off track” and lose focus.

Carvalho has now completed his long-awaited switch to Anfield, joining the Reds in a deal worth an initial £5 million, with add-ons bringing that up to £7.7 million.

It is a smart move by Liverpool despite the 19-year-old having been due to see his contract with the Championship winners expire on July 1, as it allowed them to get in ahead of other clubs and avoid a compensation tribunal.

The attacking midfielder will officially join on July 1, when his terms with Fulham are up, but this has been a deal in the works since before the January transfer window.

Liverpool had hoped to complete a deal for Carvalho before deadline day in the winter, only for a snag in the paperwork seeing the EFL deadline pass and a move fall through.

That initial deal would have seen the youngster return to Craven Cottage on loan at the end of the season – which, as he told Fulham‘s official website on the completion of his move to Liverpool, he was eager to ensure.

“That’s one thing I chose to do, and obviously the club as well,” Carvalho explained.

“They said that they wanted me to stay and I think it was the right thing to do – if the move went through – because it was going to be a big step.

“Being able to see the season out was good, because look what we achieved and how much I’ve grown, so I’m glad it happened like that.”

Carvalho will now reunite with a former team-mate in Elliott, having played together in Fulham‘s academy for a number of seasons before the latter’s switch to Merseyside in 2019.

Elliott is well aware of the step up from Fulham to Liverpool, though Carvalho was conscious to avoid messages between the pair going too “off track” before the season concluded.

“[We talked] a bit, because obviously he’s got his own season to think about and I’ve got my own,” he explained.

“I didn’t want to go off track, I wanted to be fully focused on Fulham and making sure that we got promoted.

“So we kind of spoke a bit. Not into depth.

“He just asked me how I was and I asked him how he was, and we just had a bit of back and forth about how our season’s gone and just to keep going.

“But I haven’t really spoken to him that much.”

And despite Carvalho having been in the process of finalising his move to Merseyside throughout the second half of the season – including undergoing at medical and meeting Jurgen Klopp at Kirkby – he maintained his focus on Fulham.

That saw him score four and assist four in 20 games after the end of the January transfer window, with the teenager pleased to hear that his commitment did not go unnoticed.

“The main thing to do was get Fulham back to the Premier League,” he said.

“When we lose, you could tell that I’m hurt because I don’t like losing at all – especially Fulham, because the fans and the team have given me so much.

“I felt the need to pay them back through my goals and my contributions.

“You can tell, the way I celebrate goals, it means a lot to me. I’m glad you and the Fulham fans I’m sure have been able to notice that.”