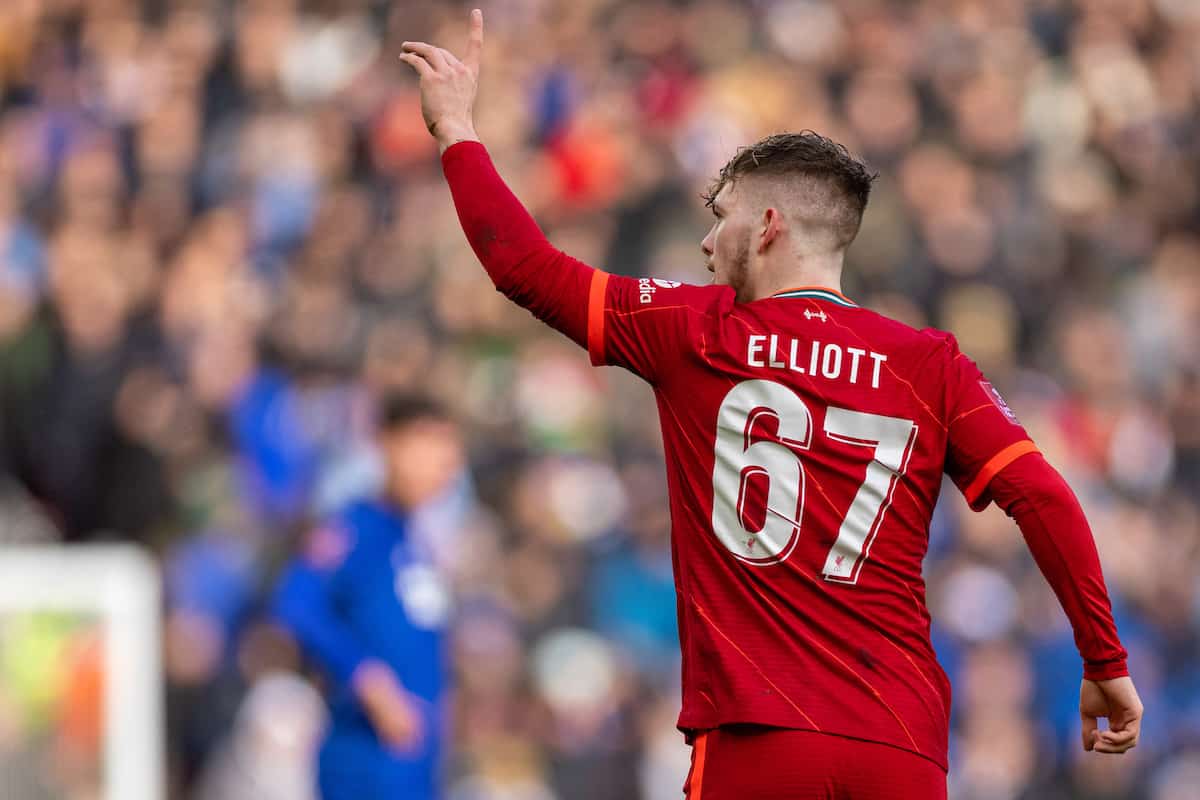 Harvey Elliott admits it is “everyone’s dream” to take on a high-profile squad number at Liverpool, with his love for the No. 7 leading to his current choice.

Elliott is into his third season with Liverpool, having joined from Fulham in a deal worth up to £4.3 million in 2019, breaking through this term after a standout loan at Blackburn.

A serious ankle injury has limited his appearances, but with the Reds chasing three more trophies between now and the end of May, the 19-year-old has already played 10 times for the senior side this season.

His next outing will be his 20th for the first team, and while that may not come before the end of the campaign, he is likely to make a big step up in 2022/23.

Whether that coincides with a new squad number remains to be seen, though there are often changes among the Liverpool ranks before the pre-season schedule gets underway.

In 2019, Alisson swapped from No. 13 to No. 1 and Alex Oxlade-Chamberlain switched from No. 21 to No. 15, while the following year Curtis Jones picked up the No. 17 previously worn by Ragnar Klavan.

Elliott currently wears No. 67, and though he says it is “nice to be unique,” the youngster admitted he would be open to a change in the future.

“I used to love players who wore the No. 7 when I was a kid – Luis Suarez, people like that,” Elliott told SoccerBible.

“I used to have my own shirt with 7 on the back.

“Then when you sign at such a young age you don’t really get to pick from the lower numbers. No. 67 was just the next one available with 7 in it, so I thought ‘yeah, why not?’.

“At the same time I thought because I was kind of playing on the right wing, and to have Trent as 66 then me as 67, I thought it looked quite good.”

He added: “There’s not that many people that have it as well, footballing-wise, and it’s nice to be unique.” 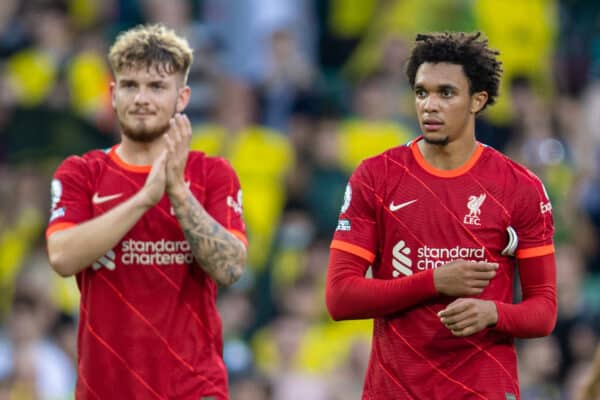 When asked whether he would continue wearing the No. 67 in the future – similar to Trent Alexander-Arnold vowing to keep the No. 66 he has made iconic – Elliott said “who knows?”

“I think if one of the big numbers came up then it’s everyone’s dream to have a great squad number,” he explained.

The No. 7 shirt is one of the most important in the history of Liverpool, as before Elliott’s idol Luis Suarez the likes of Sir Kenny Dalglish, Kevin Keegan, Ian Callaghan, Peter Beardsley and Steve McManaman wore it.

James Milner is its current incumbent, and though the vice-captain will see his contract expire this summer, he has now been offered a one-year extension.

So Elliott may be forced to wait if he has designs on his childhood favourite!