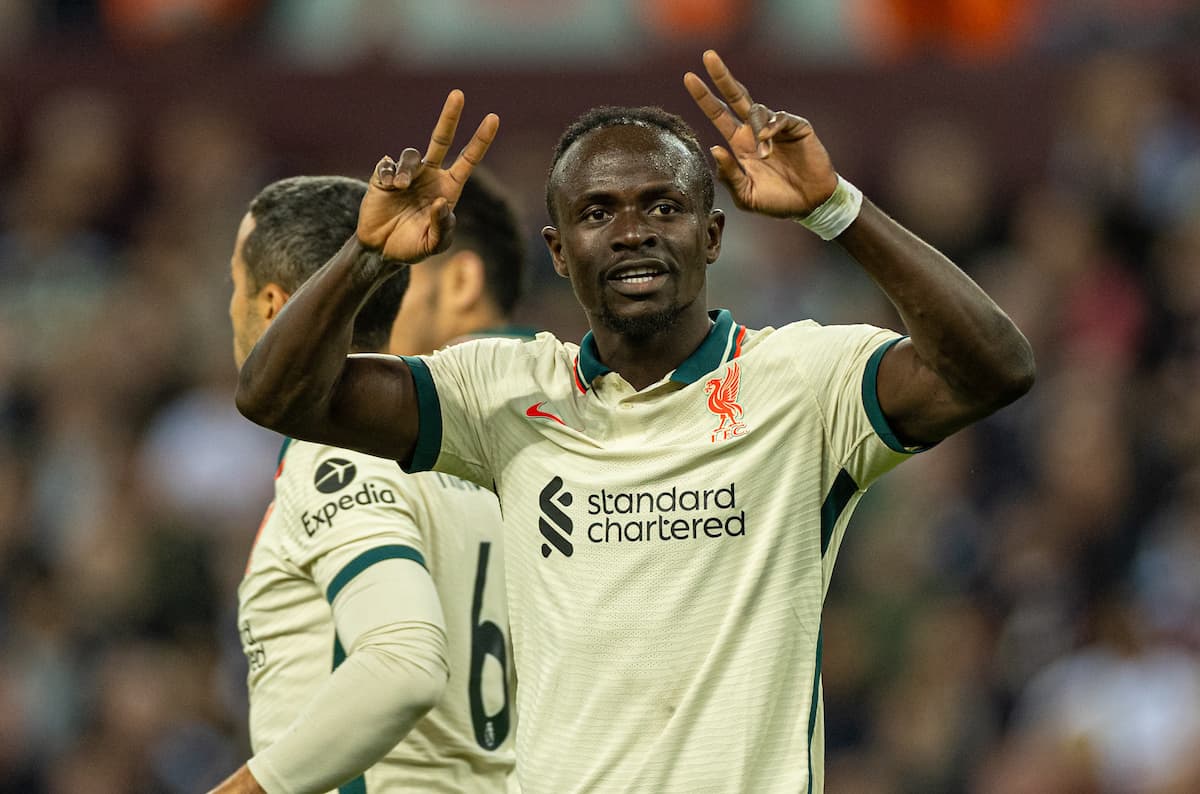 Sadio Mane has been the hero through Liverpool’s end-of-season run, and after his eighth goal in 11 games on Tuesday, Jurgen Klopp hailed him as “a machine.”

While both Mohamed Salah and Diogo Jota struggle to find the back of the net, and Roberto Firmino battles injury, Mane has been the go-to source of goals in recent weeks.

More often than not starting in the No. 9 role, the 30-year-old has struck eight times in his last 10 starts, along with an assist, bringing his season’s tally to 22 goals and four assists in 48 appearances.

His 15th Premier League goal of the campaign came with a brilliant headed winner at Aston Villa on Tuesday night, which was his 62nd outing for club and country in 2021/22.

No surprise, then, that Klopp praised the match-winner as “a machine” in his post-match interview with Sky Sports.

“The physicality he has is brutal. The mix of technique, desire and then physicality.

“Now [even] in the moment when everybody obviously has a few yards in the legs, like you can see it with him to be honest, [he can do this].

Mane himself stood alongside Jordan Henderson for media duties at Villa Park, with the captain echoing Klopp’s words as he lauded the quality of the No. 10’s finish as well as his boundless work rate.

“The amount of work he does for the team off the ball as well, defending there at the end, winning the ball back high up.

“Then his quality in and around the box, you see with his finish – it’s all that gym [he does], the neck muscles to generate the power for the header!

“Incredible finish and he gets us the three points.

“Delighted with that, I think it was always going to be tough coming here, so keep going, another big game at the weekend.”