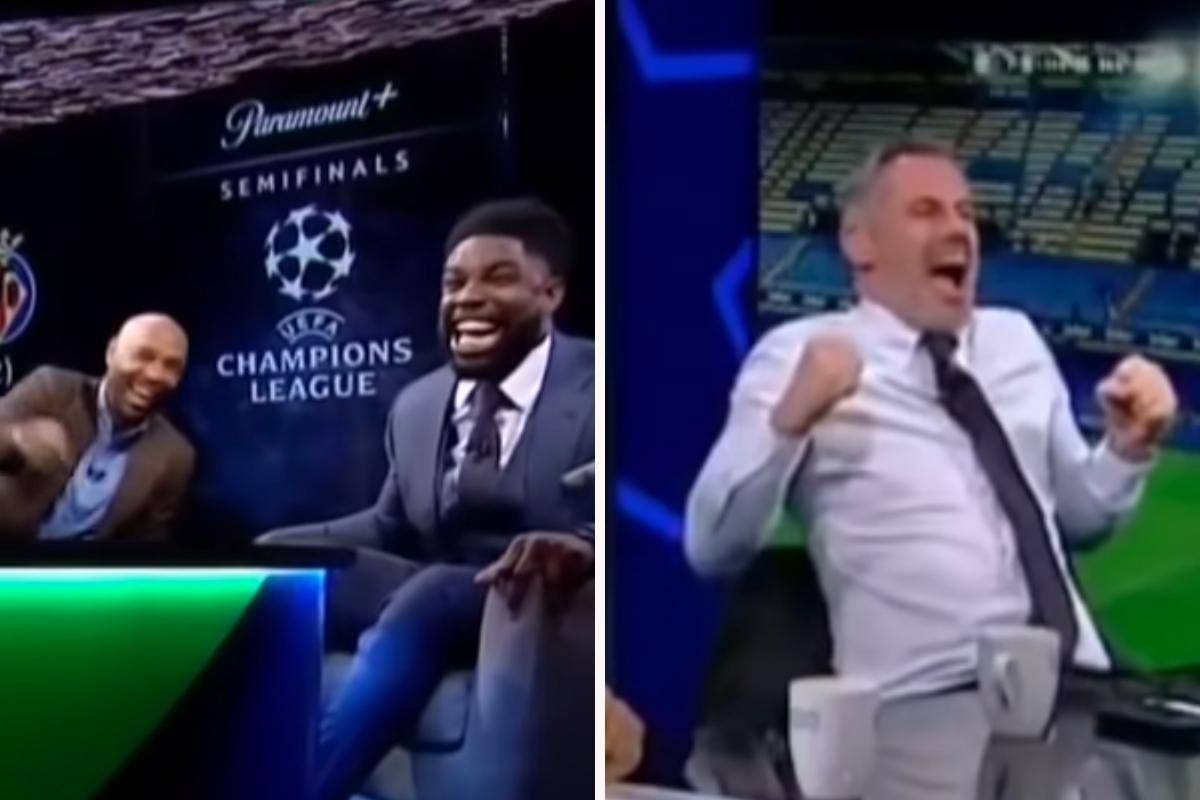 It was nothing short of a rollercoaster for Liverpool at Villarreal but just as rival fans were rubbing their hands together in glee, Jurgen Klopp‘s side ensured they’d have the last laugh.

And that was exactly how Jamie Carragher’s night unfolded while reporting on the match as part of CBS’ coverage, alongside Thierry Henry and Micah Richards.

At first, Carragher looked like he wanted to be anywhere but the studio as Liverpool relinquished their 2-0 goal lead from the first leg in the space of only 43 minutes.

No doubt like many others at the time, he was pacing the length of the studio with a less than impressed expression as Henry and Richards laughed at his, and Liverpool’s, expense.

The glee was tangible at half-time, but it would not last.

With Fabinho, Luis Diaz and Sadio Mane all finding the net, Carragher would soon be dancing in his seat and cut a jubilant figure as Liverpool made sure of their place in the Champions League final.

But while the ex-Red was calling for a round of beers to celebrate, Henry and Richards’ smiles 45 minutes previous were nowhere to be seen…wonder why that was.

And Carragher’s euphoria even extended to an invitation to LeBron James, who holds a stake in Liverpool, for the final: “LeBron, if you want to come to Paris, you can join us and the CBS team and you can be my guest!

“I’m pitchside and I want you next to us in Paris. Give us the support we need to win that seventh European Cup. Come and join us, big man!”