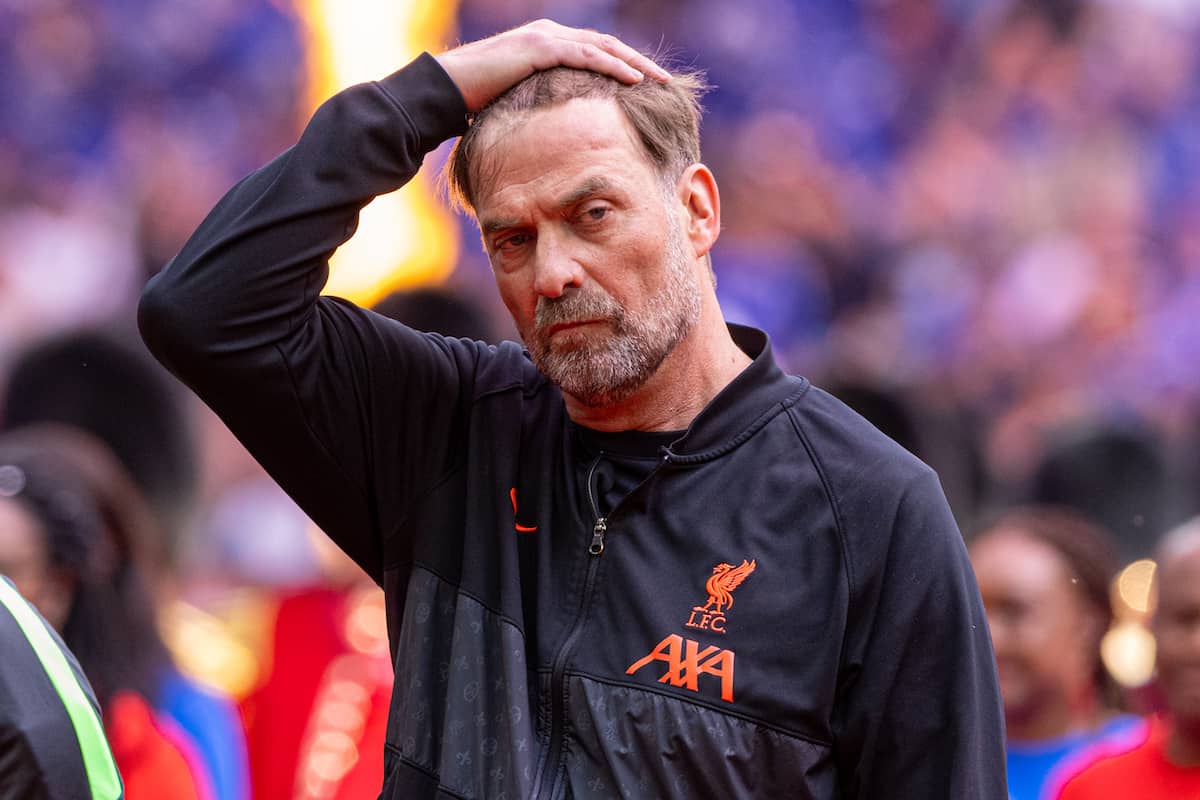 Jurgen Klopp is expecting to make “a lot of decisions” over his lineup as Liverpool prepare to visit a “completely fresh” Southampton days after the FA Cup final.

The Reds played 120 minutes at Wembley on Saturday as it took a penalty shootout to overcome Chelsea, and three days later they are to visit St Mary’s.

It is a rough schedule at this crucial stage of the season, and rightly, in his pre-match press conference, Klopp asked why the game could not have been held on Wednesday or Thursday instead.

Nevertheless, Liverpool will soldier on, but heavy rotation is likely as those who played every minute of the FA Cup final are rested.

Virgil van Dijk and Mohamed Salah are already doubts due to injury, but there is a chance that Sadio Mane, Trent Alexander-Arnold, Thiago, Jordan Henderson and Ibrahima Konate are in consideration for a rest, too.

While Klopp did not confirm how many changes he would implement, he told reporters that he has “a lot of decisions” to make.

“This process is not finished yet, because we only played 120 minutes two days ago,” he said.

“When the boys arrive today I have to make a lot of decisions, and then we will line up a team.

“But what I can promise, and definitely say, is we will line up a team only for one reason: to try to win the game at Southampton, as difficult as it is.”

If, as is totally possible, all seven of Van Dijk, Konate, Alexander-Arnold, Henderson, Thiago, Salah and Mane are all left out of the starting lineup on Tuesday, it could be an interesting side deployed at St Mary’s.

The likes of Joe Gomez, Curtis Jones, James Milner, Kostas Tsimikas and Roberto Firmino could be in line to start, but Klopp is wary of underestimating a “completely fresh” Southampton.

“We don’t finish the season tomorrow, that’s not our last game of the season. That would, again, be different.

“When did Southampton have their last game before they play tomorrow? I think it was 10 or 12 days…long!

“OK, they might lack a little bit of rhythm, but if we make changes we lose that advantage of having rhythm as well.

“They are completely fresh. We cannot go there and fall into this game like ‘oh my god, what’s going on here?’.”

He added: “Imagine we go there with eight players who played 120 minutes. That makes no sense.

“So that’s why we have to make changes. I don’t know how many, we will see that and I will talk to the players obviously, but that’s tough.”