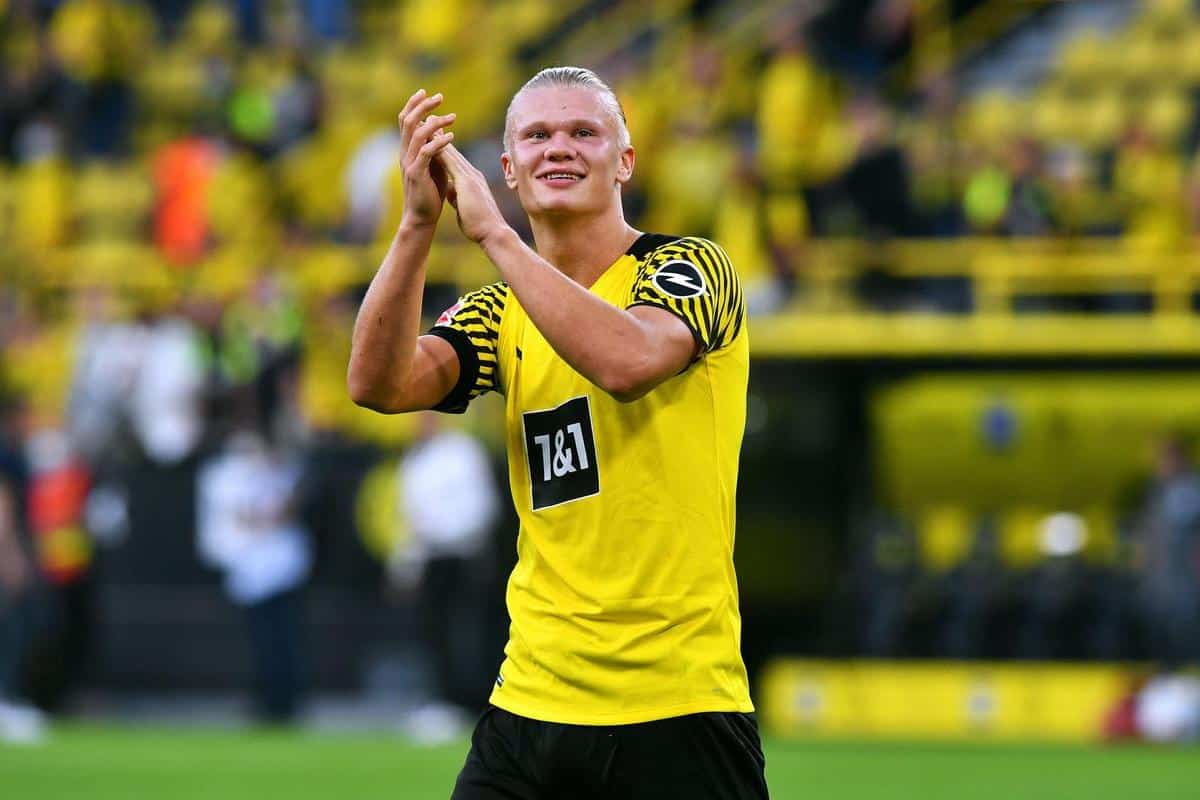 Jurgen Klopp believes Erling Haaland’s imminent transfer to Man City will “set new levels” in terms of spending, but is not concerned about the threat to Liverpool.

Haaland is now widely reported to have chosen City as his next destination, with the Telegraph revealing that the overall package could cost more than £180 million.

The transfer fee is capped at £64.3 million due to a release clause in his contract at Dortmund, but further spending on wages worth around £300,000 a week, and various bonuses and agent fees, increases the outlay significantly.

Given Haaland is only 21, that could set a dangerous precedent, but for a club with the spending power of Man City that can be easily absorbed.

Last month, Klopp described the figures discussed in any deal for the Norwegian as “crazy,” ruling out any move to Liverpool, and now he has reflected on the transfer to Man City.

“If Erling Haaland goes there it will not weaken them, definitely not,” he told Sky Sports.

“I think enough has been spoken about this transfer, I know in the moment there’s a lot of talk about money.

“But this transfer will set new levels, let me say it like this!”

For many supporters, the prospect of Haaland joining a Man City side already considered one of the best in the world without a recognised striker will be a daunting one.

But Klopp is not overly concerned, insisting that the race for the Premier League, Champions League, FA Cup and League Cup is far from simply Liverpool vs. Man City.

“I signed a new contract knowing that City will not stop developing,” he said.

“It’s not about City to define if we can be happy or not, it’s about us and what we can make of it.

“You have so many opportunities, so many different ways to win a football game and we have to find just one.

“That’s possible, obviously, and we can do that.

“We face City [up to] six times maybe a year, but not more often, and all the rest we play against all the other teams.”