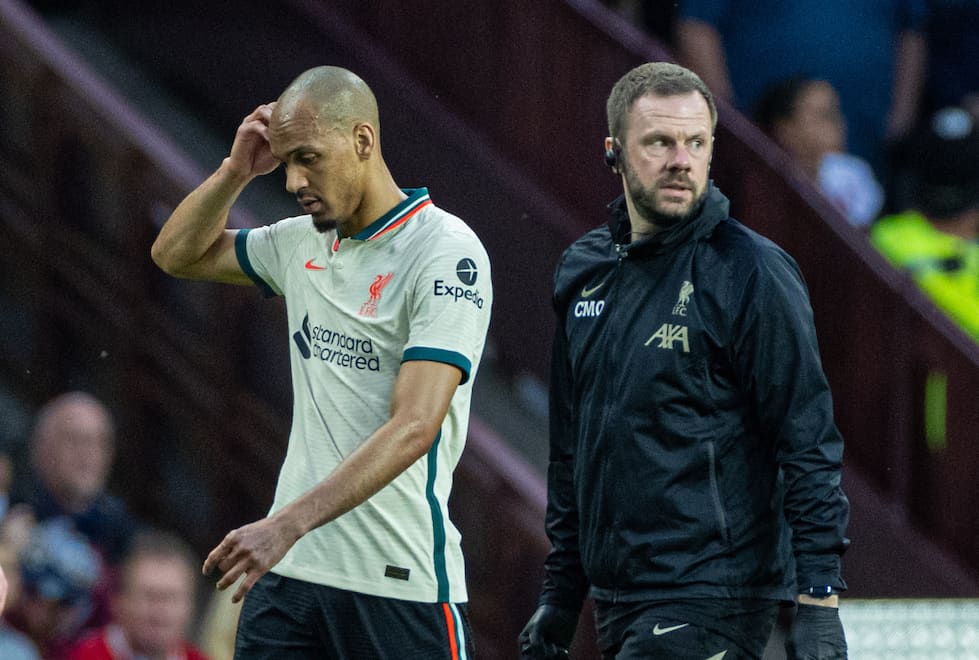 Fabinho was withdrawn at Aston Villa with a hamstring injury and Jurgen Klopp has said the Brazilian’s initial reaction is a positive one, but time will tell if that’s the case.

With only 18 days remaining in Liverpool’s campaign, any injury could spell season-ending at the most decisive period with two cup finals on the horizon.

And Reds will be eager for time to be on Fabinho‘s side after he was forced from the field at Aston Villa with a hamstring injury at the half-hour mark.

The Brazilian was seen grabbing at his left hamstring when attempting a recovery run after losing the ball in midfield, soon dropping to the turf before making his way off the pitch.

And after the match, Klopp confirmed the No. 3 “felt a muscle” but that “he’s quite positive” – scans are to be expected to determine the extent of the injury.

“He felt a muscle, not too much,” Klopp said. “He’s quite positive but I’m not sure what I can make of that. We will see.”

The trip to Villa Park was viewed as one that many expected to see Fabinho start from the bench after starting six of Liverpool’s previous seven games prior to the trip to Birmingham.

It was instead Jordan Henderson, who replaced the No. 3, and Thiago, who played the final 30 minutes, who missed out on the XI on Tuesday night.

There are four games to come in the next 18 days and how much Fabinho can feature remains to be seen but Klopp does have the likes of Naby Keita, Curtis Jones, James Milner, Alex Oxlade-Chamberlain and Harvey Elliott to select from.