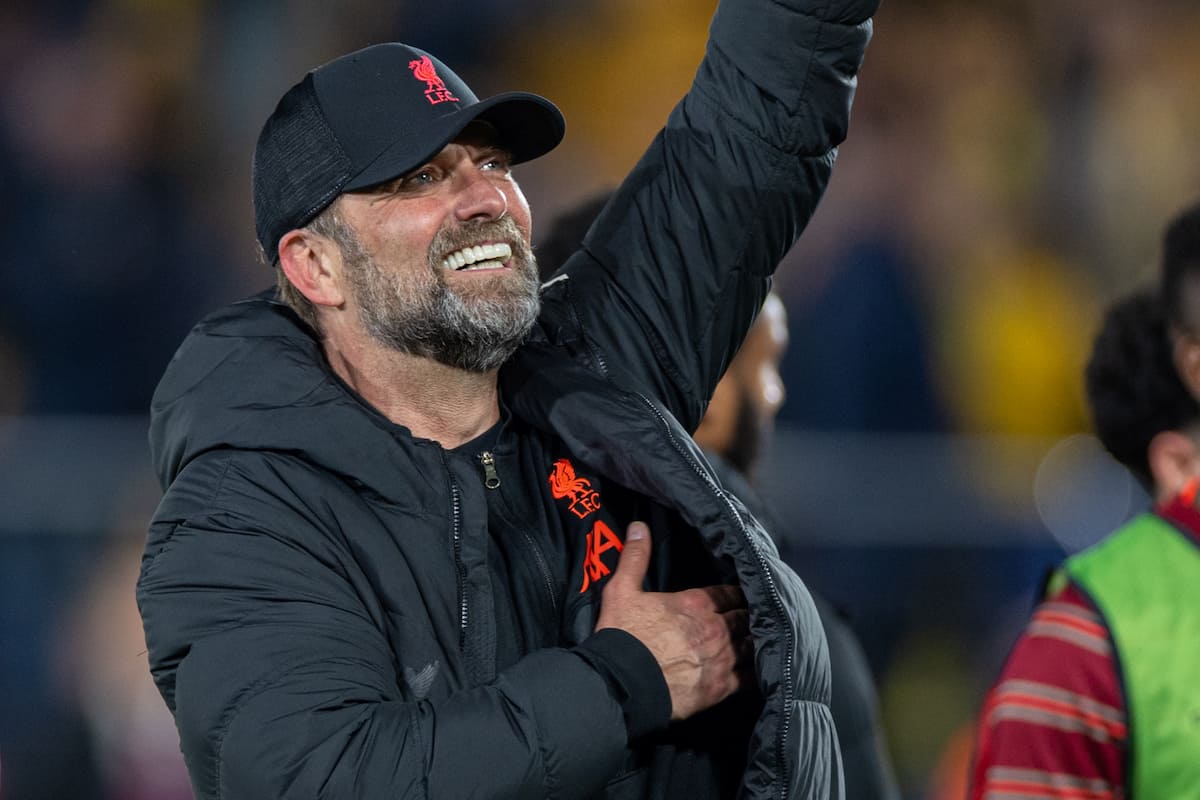 Jurgen Klopp has led Liverpool to a third Champions League final, but with it the German’s fourth as a manager he has matched a record held by Sir Alex Ferguson.

It is an incredible feat, with the Reds booking their place in a third Champions League final in the space of five years.

Liverpool have now reached the European Cup final 10 times in their history, and this season they remain in with a chance of winning a trophy quadruple.

Tuesday night’s 3-2 victory over Villarreal, clinching a 5-2 aggregate win in the semi-finals, came five days after the news of Klopp’s new contract – the German further etching an indelible legacy on Merseyside.

Klopp brought a winning pedigree with him to Anfield when he arrived back in 2015, but he has undoubtedly stepped it up at Liverpool.

On a personal level, he has now booked a fourth Champions League final place, following up his impressive run with Borussia Dortmund in 2013 with finals at Liverpool in 2018, 2019 and 2022.

As detailed by Opta, Klopp has now reached the joint-most Champions League finals of any manager in the history of the tournament:

4 – Jürgen Klopp has reached the #UCL final for the fourth time as a coach, equalling the record set by Marcello Lippi, Sir Alex Ferguson and Carlo Ancelotti. NormalOne. pic.twitter.com/nL2DSPV4Ez

Stretching back into the history of the European Cup, Klopp is joint-top, too, with Miguel Munoz also managing in four.

Furthermore, Ferguson (four) is the only manager to lead an English side into more European Cup finals than Klopp (three).

Klopp is now tied with his predecessor, Bob Paisley (three), moving ahead of both Joe Fagan and Rafa Benitez along with Brian Clough (all two).

A remarkable feat – and on May 28, Klopp could also draw level with Ferguson with his second Champions League trophy.