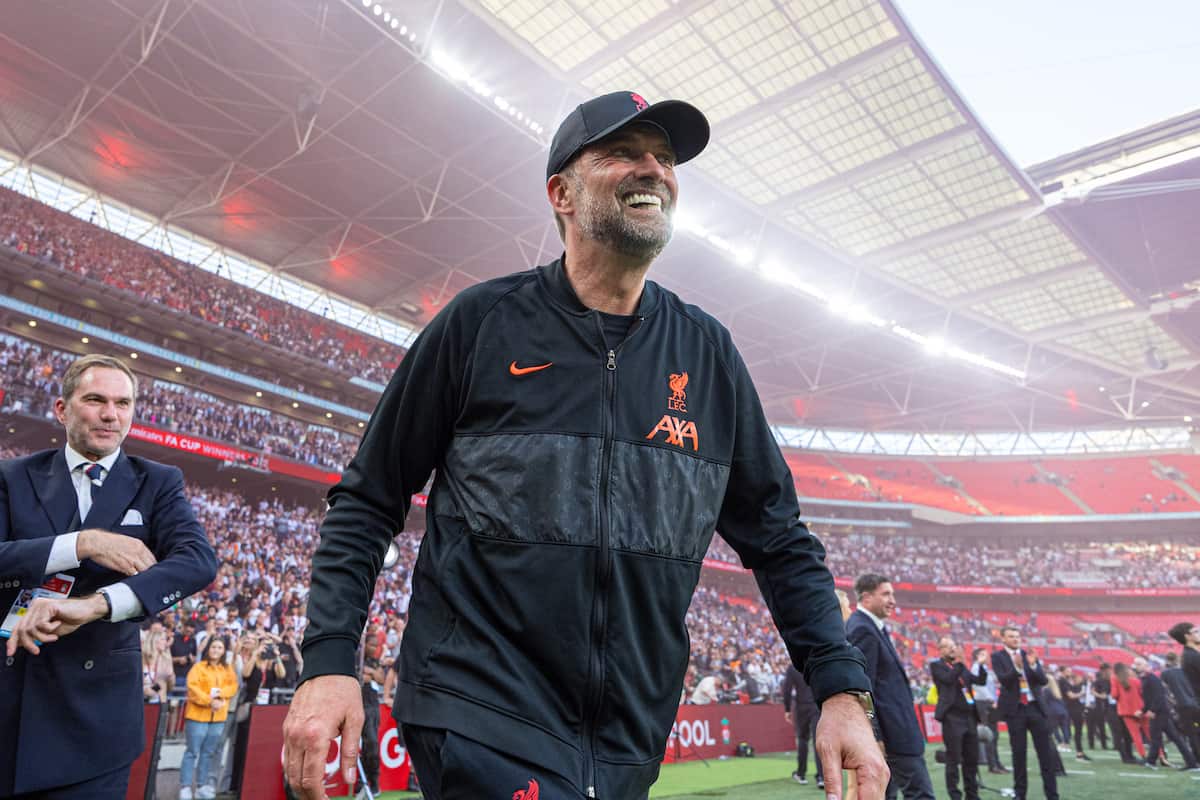 Liverpool are no strangers to heading into a final day of the season needing a win and Man City to drop points to be crowned champions, but whatever happens, there is more on the horizon for the Reds.

In 2018/19, Man City and Liverpool were separated by a solitary point, as they are now, and while the Reds held up their end of the bargain, so too did Man City.

In a race of perfection, that margin made for a tough pill to swallow as the Reds sought an end to their league title drought, although they did smooth things over with a sixth European Cup.

The similarities are stark in 2021/22, with Liverpool still the chasers and hoping for one last misstep while also having a Champions League final to look forward to.

Those of the Liverpool persuasion will be hoping for one tweak to how the 2018/19 season was settled, but either way, Klopp knows to enjoy the journey and that his team would not stop, no matter the outcome.

“After the game, I was fine wit the situation. I remember walking during the lap of honour next to Trent and we were just talking and had a smile on our face.

“It was a great season and whatever happens on Sunday, I will not forget this is an absolutely fantastic season that the boys played.

“Enjoy the journey is what we always say because you never know what the outcome is, so you better enjoy it now.

“That’s what we really did so far.

“The biggest defeats in my life have led to the biggest success I could imagine.

“It was always like this, it’s a little bit with the party the same, you never know what will happen, but even if you don’t win the Champions League final, you can have a party afterwards.

“I learnt that at Mainz, we didn’t get promoted and we arrived in Mainz and thought that will be really sad now, and then 20,000 were waiting for us.

“We then had to go on a stage a day after we lost our dream of going to the Bundesliga, and it was the moment we realised if they think it was fine, we can go from here.

“Yes, we have the best opponent in world football, that’s a bit of a shame, but they have us in their neck and that’s not too cool as well.”