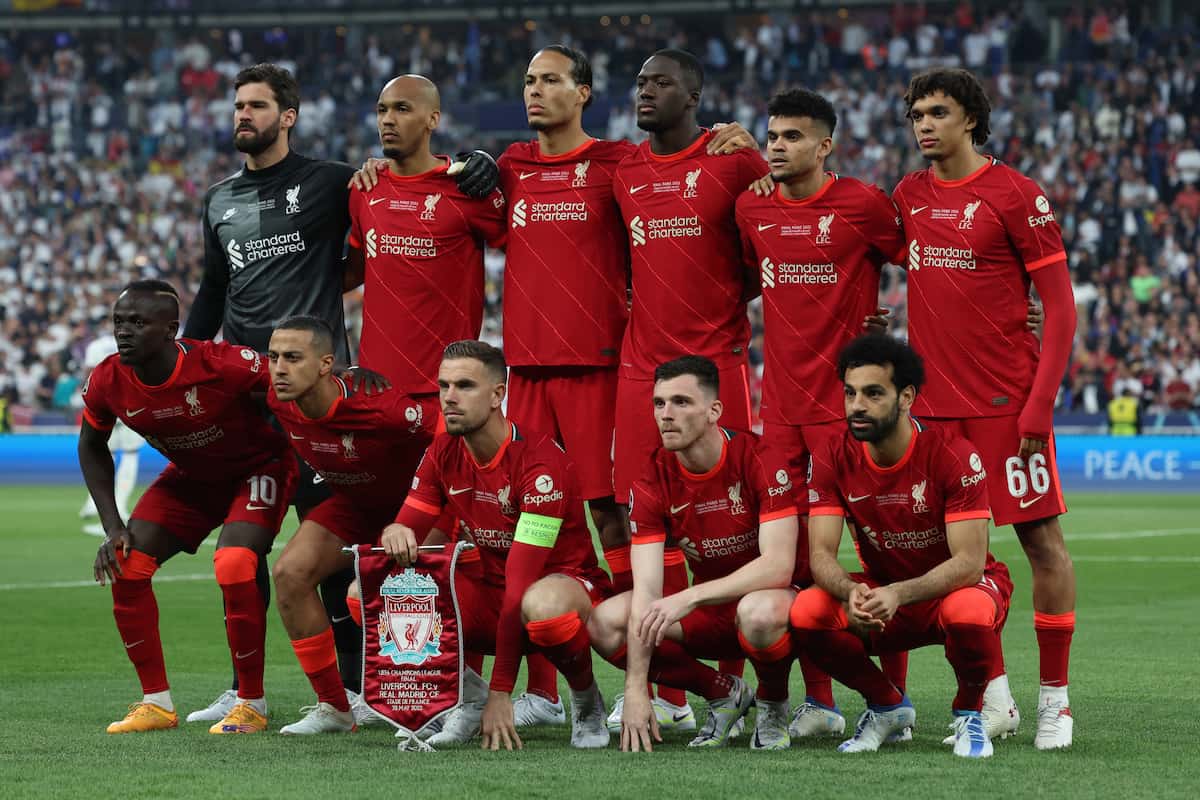 It was a punch in the gut for Liverpool in another heartbreaking finish to the season as Real Madrid’s second-half goal was enough to inflict a 1-0 defeat in the Champions League final.

A quiet first half saw his first touch come only in the 24th minute before he was thrust into the spotlight late on, heart in the mouth stuff on the ground before VAR stepped in.

Could do little for Real’s goal and was quick to deny the Spaniards on the counter late on, in an otherwise uneventful night for the Brazilian. 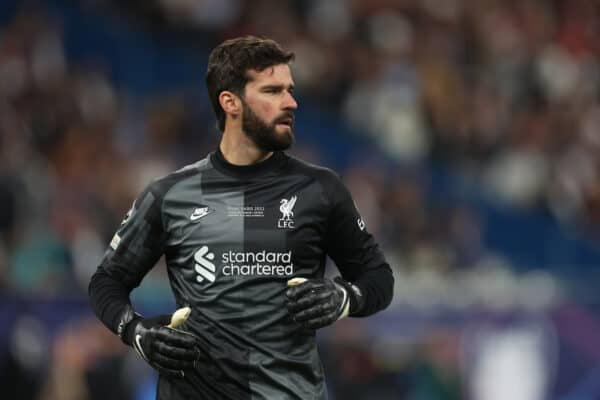 The spotlight pre-game was shone in Alexander-Arnold’s direction and his battle with Vinicius Jr, and he lost his man for Real’s goal as Liverpool battled with an overload.

He had flashes of brilliance in the final third, a whizzed ball around the Real defence toward Diaz a particular beauty, and always eager to thrust the Reds forward as they searched for a goal.

Ibrahima Konate – 9 (Man of the Match)

In his hometown and playing his first European Cup final at the age of 23, Konate was the definition of calm and composed, looking at home on the big stage.

Konate laid the foundations of his night by shrugging off Vinicius Jr on the wing and immediately charging upfield, a front-foot approach that was key for Liverpool.

We have one hell of a player on our hands!

It was another occasion whereby the opposition focused their attacks toward his centre-back partner, but when called into the fray he was as calm as you’d expect.

His vision opened up the field for his passing range but was the one to be pulled out of position for Real’s goal before he was then thrown up forward in a last-ditch effort. 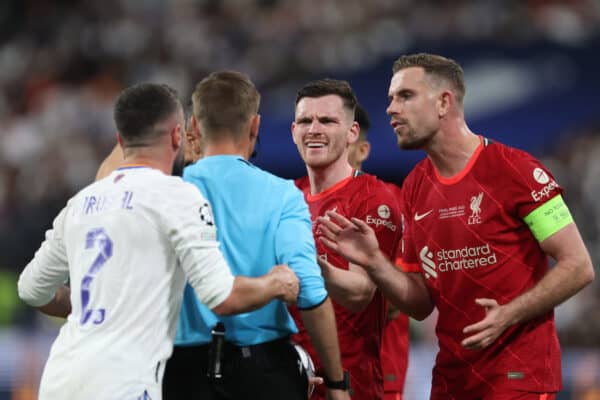 Lively but without the potency Liverpool will have wished for, with his eagerness to press ultimately opening the Reds up for Real’s goal with no one left to cover his vacated space.

For the first time since the trip to Aston Villa, the Brazilian was on the field for Liverpool and he did not look like a player needing to dust off any cobwebs.

It was valuable for Liverpool as they changed formations late on in pursuit of a goal, sitting side by side with Naby Keita as he looked to sweep up any balls that dropped his way.

Had his inspector gadget legs out, but the referee was not quite as fond of that.

Eager to trigger the press, the captain was more than up for the occasion and often had the right ideas moving forward, the execution, though, did not always come off.

A brilliant cover run on Vinicius Jr to help out the defence was characteristic of his game with his work rate unquestionable as he looked to inspire his side.

He’ll have another chance for a shuffle soon, no doubt.

After all the concerns leading up to the match, the warm-up then offered up a will he, or won’t he start?

It proved to be the former and he did not show any signs of carrying the Achilles injury into the game, pinging passes with his typical expert accuracy while also breaking up Real Madrid’s play.

With a revenge mission four years in the making, you can argue that too much of his own pressure was on his shoulders, forcing it too much at times in general play.

He was not without chances to pepper Courtois’ goal, but the Real goalkeeper was on form to frustrate with one top-class save after another – which is completely typical against Liverpool.

Four months after landing in Paris on the way to securing his move to Liverpool and Diaz was back in the French capital, this time playing in his first Champions League final.

Energetic and eager to get stuck in, Diaz was a consistent option on the left and more than did his part to track back and help out Robertson.

It’s been a trophy-laden 2022 for Mane, for club and country, and he did his all to add another in Paris with his unrelenting runs, it was just not to be.

Within Liverpool’s dominance in the first half, Mane had the sole clear cut chance to edge the Reds ahead, only for Courtois to be up to the task to tip the ball onto the upright and into his hands.

Could not buy a foul to save himself, but he wasn’t alone – just ask Diaz. Let’s hope this is not the last time we see him in the Liverpool red. 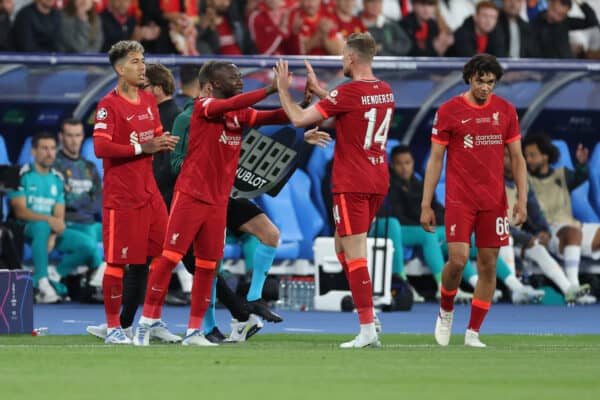 Diogo Jota (on for Diaz, 65′) – 7 – Got himself in the right places, had chances but just couldn’t quite find the golden touch.

Roberto Firmino (on for Thiago, 77′) – 7 – Was bright, his touch significantly improved from Wolves and there’s no questioning his desire to help turn the game around.

Naby Keita (on for Henderson, 77′) – 6 – Injected into the fray at the most pivotal time, composure was not his friend – blazed over when he had all the time in the world.

There’s not much more that Jurgen Klopp could do in Liverpool’s 63rd and final match of the season.

He came in with fitness concerns hanging over the squad and his side were denied by one incredible save after another, ensuring their dominance could not count where it mattered most.

There’s obvious disappointment, there’s no doubt about it, but that does not change the narrative of this incredible season, don’t let anyone tell you any different.

Liverpool went the distance in every competition and that is something to be extremely proud of. We go again.