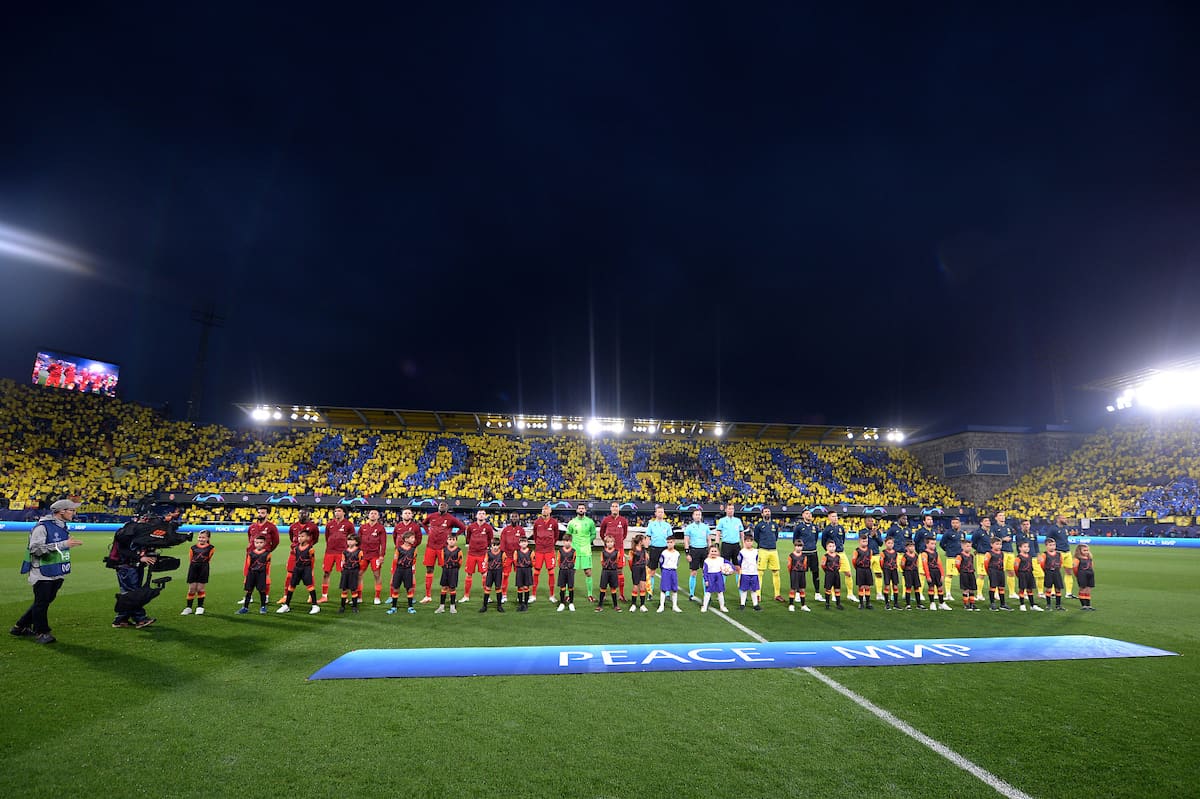 Liverpool were the ones to secure their place in the Champions League final over Villarreal, but the semi-final tie was one played with mutual respect and comradery – as it should always be.

Sadly, it’s not often that Liverpool fans can enjoy a football game where the opposition sings songs about their own team and without mocking a tragedy you would not wish anyone to ever experience.

But Villarreal was an exception to that, a different class as a club and a fan base.

From mixing before both kickoffs to showing solidarity for the 97, and bringing the noise and the colour for their own team and for when Liverpool were crowned the victors – Villarreal offered a lesson to others.

And the Spanish side certainly left an impression on Reds that will not soon be forgotten:

So many stories of the welcoming, warm-hearted nature of Villarreal fans from yesterday’s game and this may well be the best. There really are some lovely people out there. ??? https://t.co/ZXBemEtkJA

Villarreal fans clapping us and wishing us luck as we walked out the ground last night, different class ??

Those Villarreal fans are a different class https://t.co/Dn9ZzYnHKR

Villarreal quite possibly contains the most sound people per capita in the world. Leaving there with very good vibes about the club, the place and the fans.

The Villarreal fans were fantastic across both legs of the semi final.

What an ovation they gave their heroes tonight, and what a ride their side gave them. Nothing but respect. #LFC ? #UCL pic.twitter.com/pTVSsQLOjL

Clubs and fans around the world should look up to Villarreal. They are an example to the world how to conduct themselves, both club and fans. Think the club added quite a few new red fans in the last couple of weeks #Villarreal https://t.co/UJoXwA5u0X

Massive massive respect to Villarreal. Their fans showing how to back your team. They gave this Liverpool side a nightmare of a first half. They had a tough trip to the semis. And they did all the hardwork with their head held high.

Great result for Liverpool and great support as always but how good are those Villarreal supporters ? Showed great class at Anfield and again tonight I hope we cross paths again ????

Incredible scenes before the final whistle. Every Villarreal supporter at El Ceramica raises their scarf above their head to salute their Villarreal, who have beaten Juventus and Bayern before they fall on the goal line against Liverpool. All my respect, they should be proud.

Amazing club, amazing fans. Did themselves proud, have added something to this seasons Champions League.

Villarreal fans are just brilliant. What a club. All the best to them. #VILLIV

It’s clear to the there is plenty of respect for how Villarreal went about their campaign this season, a run that included knocking out both Juventus and Bayern Munich.

Klopp was equally complimentary post-match, saying: “I have to say. Stadium, team, coach, it’s unbelievable what they set up.”

All respect to Villarreal. Until next time.