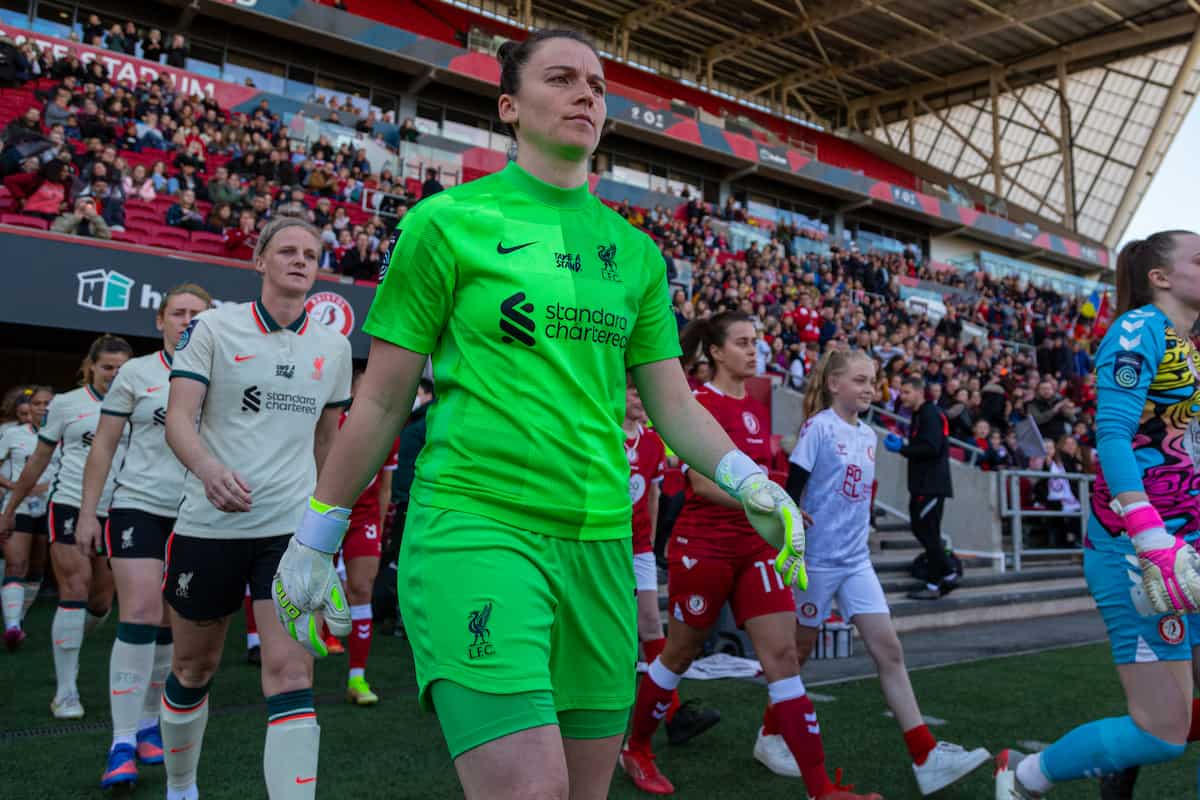 Liverpool FC Women ended their campaign with a 2-1 loss to Lewes, with record-breaking goalkeeper Rachael Laws sitting out after clinching the Golden Glove.

It has been a phenomenal campaign for the women’s side, putting frustration of a failed promotion bid last time out behind them to win the Championship.

Under the management of Matt Beard, returning to the club for a second spell, the Reds produced an almost unstoppable run of form that saw them go 20 games unbeaten.

However, with Beard ringing the changes for the final game of the season at Lewes, Liverpool went on to suffer only their second league defeat.

Ashley Hodson put the visitors a goal up in the 33rd minute, only for Georgia Timms to equalise for Lewes on the cusp of half-time.

Then in the second half, Lewes ‘keeper Tatiana Saunders saw her goal kick sail across the length of the pitch and over opposite number Charlotte Clarke – the 21-year-old conceding a dramatic winner on her first-ever league start for Liverpool.

The trip to Lewes marked the end of the Women’s Championship campaign, with Laws awarded the Golden Glove after keeping 13 clean sheets in just 19 appearances.

She had already broken her own record for the most league clean sheets kept in a single season for Liverpool earlier in the campaign, with the bar now set ridiculously high for the future.

Charlton’s Eartha Cumings and Sheffield United’s Fran Kitching – the latter of whom left the Reds in 2020 – finished joint-second in the Golden Glove stakes with nine each.

Elsewhere on Sunday, midfielder Missy Bo Kearns hit a milestone with her 50th appearance for Liverpool in all competitions.

Fans player of the season! This one means so much thank you ?? Shoutout to my team and the coaching staff, wouldn’t of got this without all of you ?? #ynwa @LFCWSC @LiverpoolFCW pic.twitter.com/udR3UE9blD

And after full-time, prolific striker Leanne Kiernan, who struck 14 times in 26 games during her maiden season on Merseyside, was handed the Fans’ Player of the Season award.

Now Beard and his players will depart for a well-deserved break before preparations start for their return to the Women’s Super League.

For some though, Kearns included, the opportunity for a warm-weather holiday will be cut short, with the 21-year-old telling This Is Anfield that she would continue following the men’s side home and away as they chase more silverware.