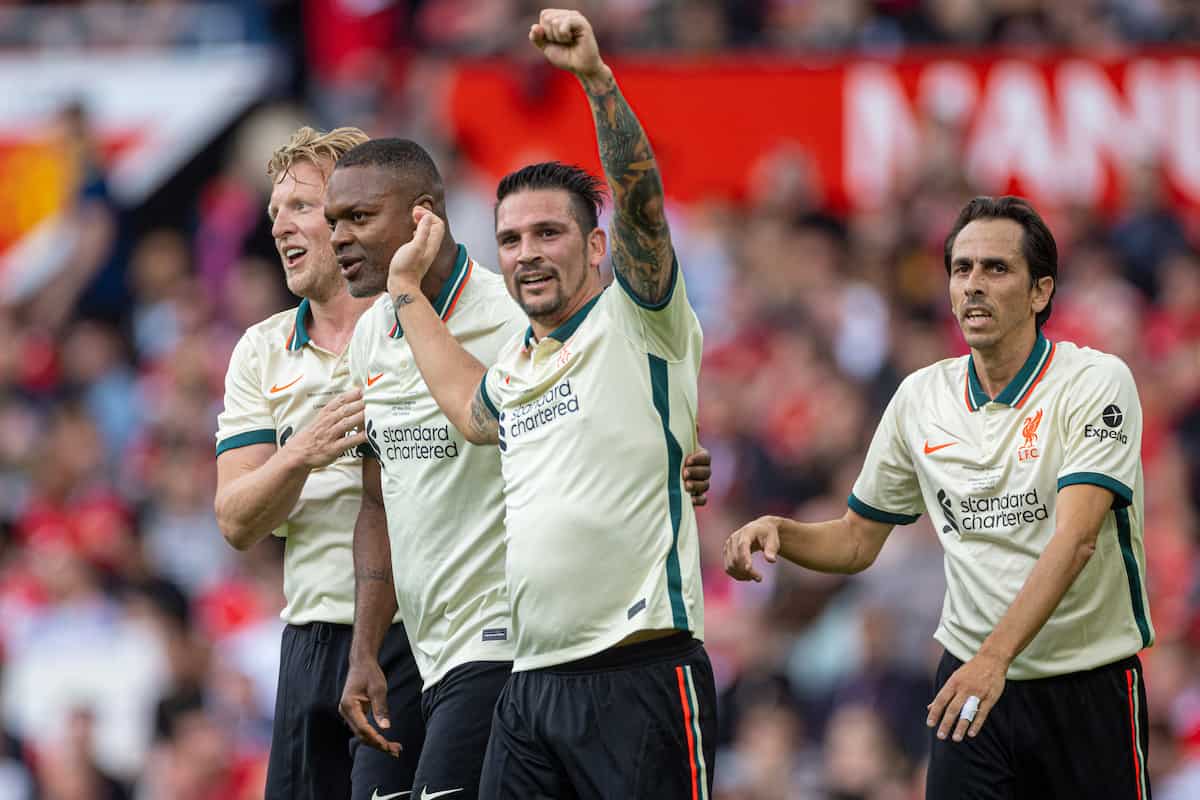 A cracking double from Mark Gonzalez helped notch a second win at Old Trafford for Liverpool this season as Kenny Dalglish‘s legends side secured a 3-1 win over Man United.

On the eve of a title-deciding day between Jurgen Klopp‘s side and Pep Guardiola’s, it was a visit to the other side of Manchester for Liverpool and their legends contingent.

Shrugging off the stress of what the final week of Liverpool’s season entails — not a problem for United! — this was an opportunity to, again, turn back the clock to yesteryear.

With Jerzy Dudek, Luis Garcia and Jamie Carragher in tow and Sir Kenny Dalglish in the manager’s seat, the Reds had a Champions League-winning flair to them one week out from Klopp and co’s trip to Paris.

And Old Trafford was a theatre of boos where Liverpool were concerned, but Carragher had no issues playing the pantomime villain, lapping up the attention and remonstrating with the referee – some things don’t change! 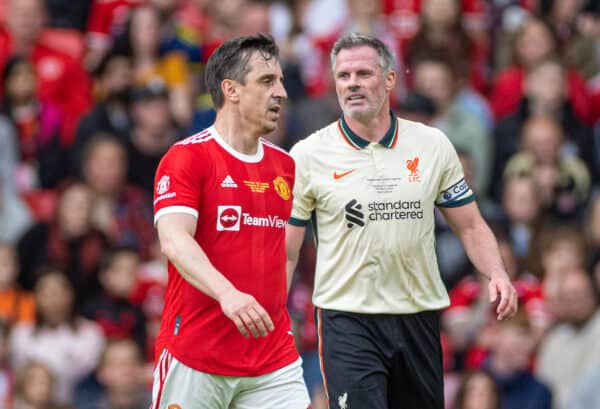 There was not a lack of bite in the contest with the Legends of the North title on the line, with a return leg at Anfield to come – all was just at a slower tempo…

Andriy Voronin and Stewart Downing offered plenty of threat down Liverpool’s left in the first half, not something one would expect to say in 2022.

Dudek was equal to the challenge at the other end of the pitch, as Dimitar Berbatov looked the likeliest for the hosts, while Gary Neville was busy trying to use his United clout to win over the linesman.

But in a goalless first half, the contingent of Liverpool fans provided a welcome backdrop to United’s boos, and it was the southeast corner who celebrated first. 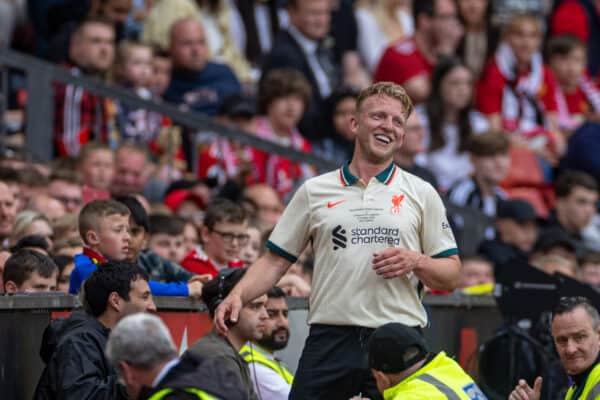 Garcia was to thank, one of nine changes to the XI to start the second half, as he cooly and calmly took the ball around Raimond van der Gouw, the Spaniard proving the most alert man on the pitch just after the break!

But in typical Liverpool vs. United fashion, a twist was just around the corner as Berbatov both won and converted a penalty, his fall and strike registering the same speed, slow.

The same adjective could not be used for Mark Gonzalez’s free-kick, ricocheting in off the upright with aplomb to make it 2-1 Liverpool – and he, of course, was more than happy to wheel away in celebration.

Garcia and Gonzalez were then surely only toying with United as they both spurned glorious chances in front of goal, the Reds providing the theatre at Old Trafford.

Gonzalez was not to let another chance pass him by, though, to make it 3-1 and secure Liverpool’s second win at Old Trafford this season, with the home fans swiftly looking for the exit.

Whether it’s Klopp’s quadruple chasers or Dalglish’s legends, the result is the same.