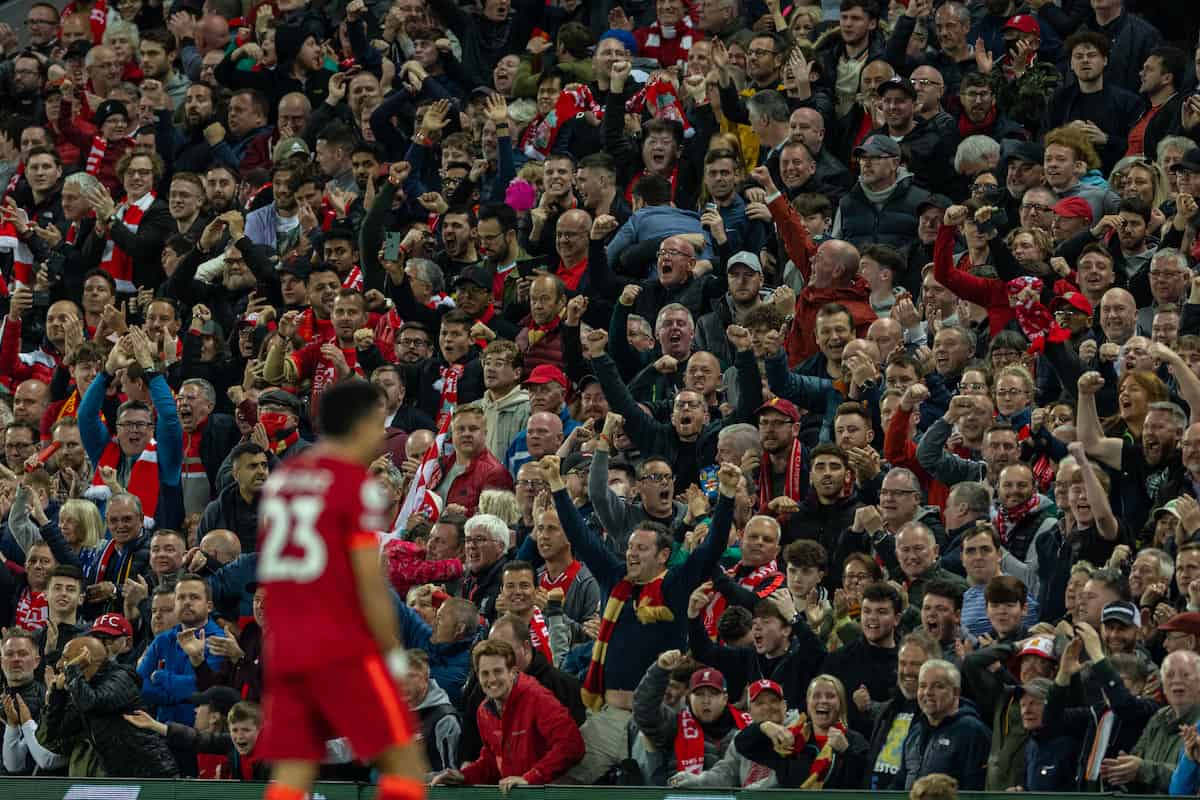 One false move and all of that, Saturday evening rolled us the type of Premier League result we simply couldn’t afford if we were really going to be able to gazump Man City for the title. But while the fat lady gets ready to clear her voice, she hasn’t sung yet.

When it comes to our 1-1 draw with Tottenham, you just have to put your hands up and accept that Antonio Conte played us brilliantly, while we failed to lay on the final ball enough when space did occasionally present itself. It’s all uphill from here and Steven Gerrard will do us no favours on Tuesday when we head to Villa Park, but we are still in it until we aren’t.

Amid the vague funereal elements of Saturday evening, Liverpool did at least symbolically go back to the top of the Premier League table, up until Pep Guardiola’s side strolled to a win over Newcastle on Sunday that is.

All we can do from here is win our remaining three league games and hope that either City blink or one of their opponents throws out an inspired performance of their own. I’m particularly looking at Wolves and West Ham here.

The one thing we need to insist upon is that when or if City does retain the Premier League title, then they are made to work for it, and that includes leaning on them psychologically.

So much about Jurgen Klopp, his team, and his supporters gets under the skin of Guardiola, but it tends to stem from us simply being us and doing the most Liverpool of things. What we could do with adding to the mix is some well-aimed rhetorical questions.

Rather than confessing that we can’t see Man City slipping up, we should be musing out loud about just what damage their loss to Real Madrid might have done to them, and how hard it will be to shake that devastation from their minds across the entire span of their last four Premier League games of the season.

I mean, Guardiola’s side were just a short few minutes away from reaching the Champions League final for a second successive year, an occasion where they will have – now only hypothetically – been able to channel the experience of the previous season’s loss, in a similar way to how our 2019 success was significantly powered by our 2018 defeat.

If City’s reaction to that is to rattle off four victories and lift the Premier League trophy, then fair play to them, but we shouldn’t be facilitating that outcome with public statements of concession.

We should be making them think too much instead, we should be questioning if they can conquer the demons of the mind in the same manner that our capabilities of winning the quadruple have probed on a daily basis. Our slant on this should be, if City throws away the title from here, just think of how painful that will be. Layer on the pressure and ramp up the anxiety as much as possible.

Of course, we have plenty on our own plate as our next two league games sit astride the FA Cup final, and it is pretty much nailed on that Aston Villa will give us a harder mission than they will give Man City on the final day.

We didn’t play badly on Saturday evening, and I don’t buy into the narrative that tiredness had crept into our performance, but ultimately it was Tottenham who had the most compelling chance to win all three points towards the end. 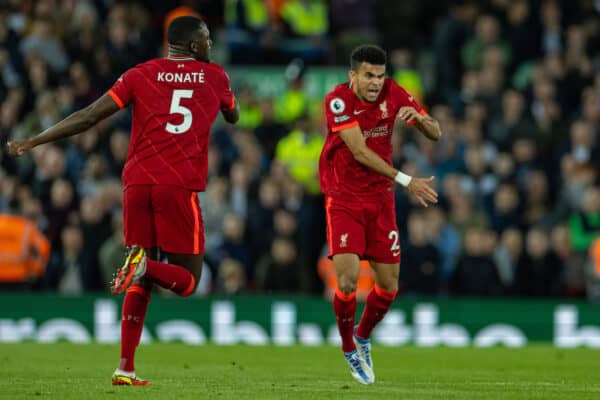 Spurs came up with an impressive answer to the Klopp way, sitting deep with a five-man defence and four strung across a midfield that sat a short few yards in front of their backline, yet with the sprung-loaded Dejan Kulusevski striking forward to instigate counter-attacking dangers, with which Son Heung-min and Harry Kane tried to create mischief. They fully deserved to take something from the game.

Providing they don’t fall out with one another or hit the self-destruct button, Conte’s Tottenham will be an interesting proposition next season, even if Kane moves on to pastures new. If he does, and the transfer fee gained is used intelligently, then it might even be the making of them. With Chelsea’s future relevancy unclear, there might be a vacancy up for grabs to be the gooseberry in another Liverpool and Man City dominated landscape in 2022/23.

From Liverpool’s perspective, we have much to thank Tottenham for, with regards to the interest they showed in acquiring Luis Díaz in January, in turn forcing our hand to bring him to Anfield a transfer window earlier than initially planned.

It was Díaz we had to thank for our equaliser, and it is Díaz’s introduction in January that we largely must thank for finding ourselves so deep within the campaign and still being in with an outside chance of winning the lot.

A myopic Michael Oliver aside, we had little scope to complain about the outcome of the game; goal kicks that should have been corners, corners that should have been free-kicks, robust challenges widely unpunished, yet our main failings lay within being unable to find that final pass often enough, or to properly make Hugo Lloris work.

We need to shake this off swiftly; on to Villa Park we go.