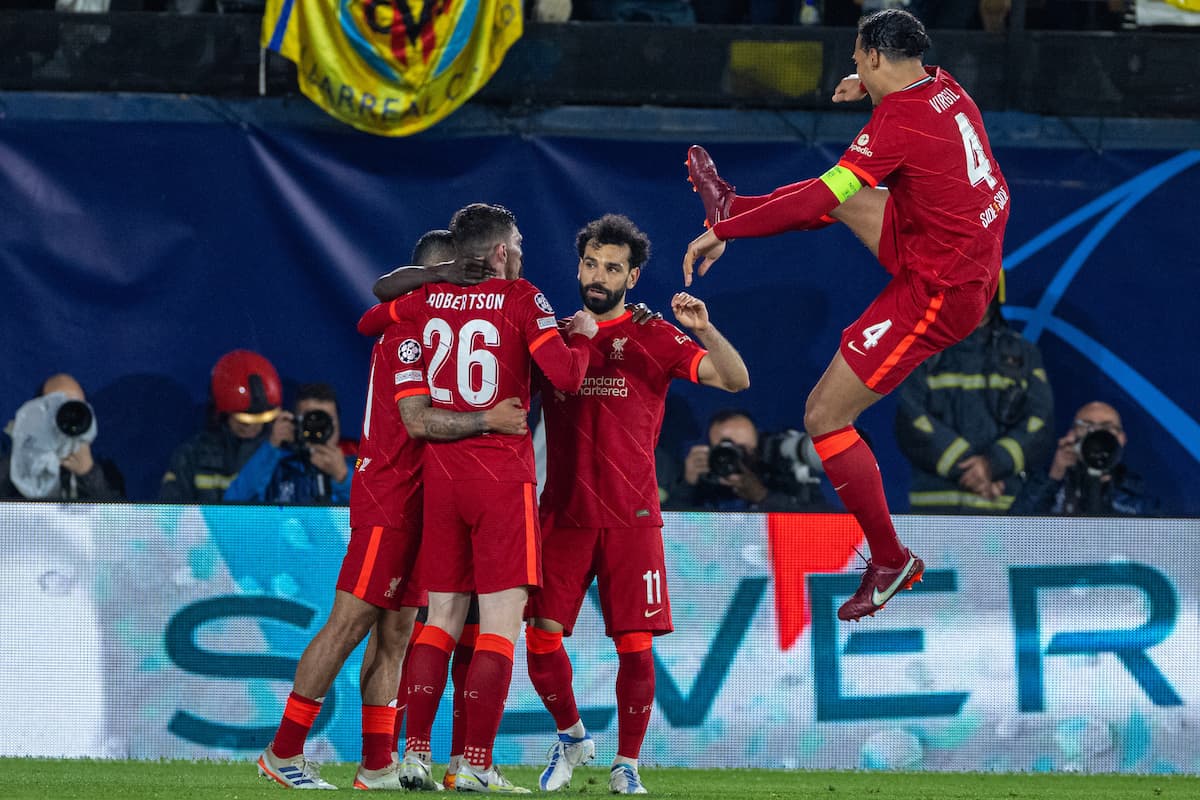 Liverpool have not been shy in giving supporters a reason to celebrate this season and at Villarreal, they were given three more for a club-record 139th time.

Jurgen Klopp‘s side were tasked with digging deep in Spain, with their Champions League final ambitions hinging on the ability to wrestle back control at a crucial juncture.

Others will have wilted, but the mentality monsters stood up to the task to see Paris beckon on May 28.

It continues what was been a memorable and relentless season from the Reds, one that has seen a number of club records rewritten in their wake.

The most recent of which comes thanks to the three goals scored at El Madrigal, as Fabinho, Luis Diaz and Sadio Mane took the season’s goal tally to a whopping 139 in just 57 games.

Opposition defenders close your eyes now, that’s an average of 2.44 goals per game.

It overtakes the previous club record of 138 set back in 1985/86, a tally Kenny Dalglish‘s side reached after 63 matches – as per club statistician Ged Rea.

With six games remaining this season, that club record looks only set to balloon and make it a near-impossible task to be conquered once more – but you never know with these Reds!

It’s an incredible spread throughout the squad, with a threat coming from nearly every player to ensure there are headaches all round for the opposition.

What a team this is.