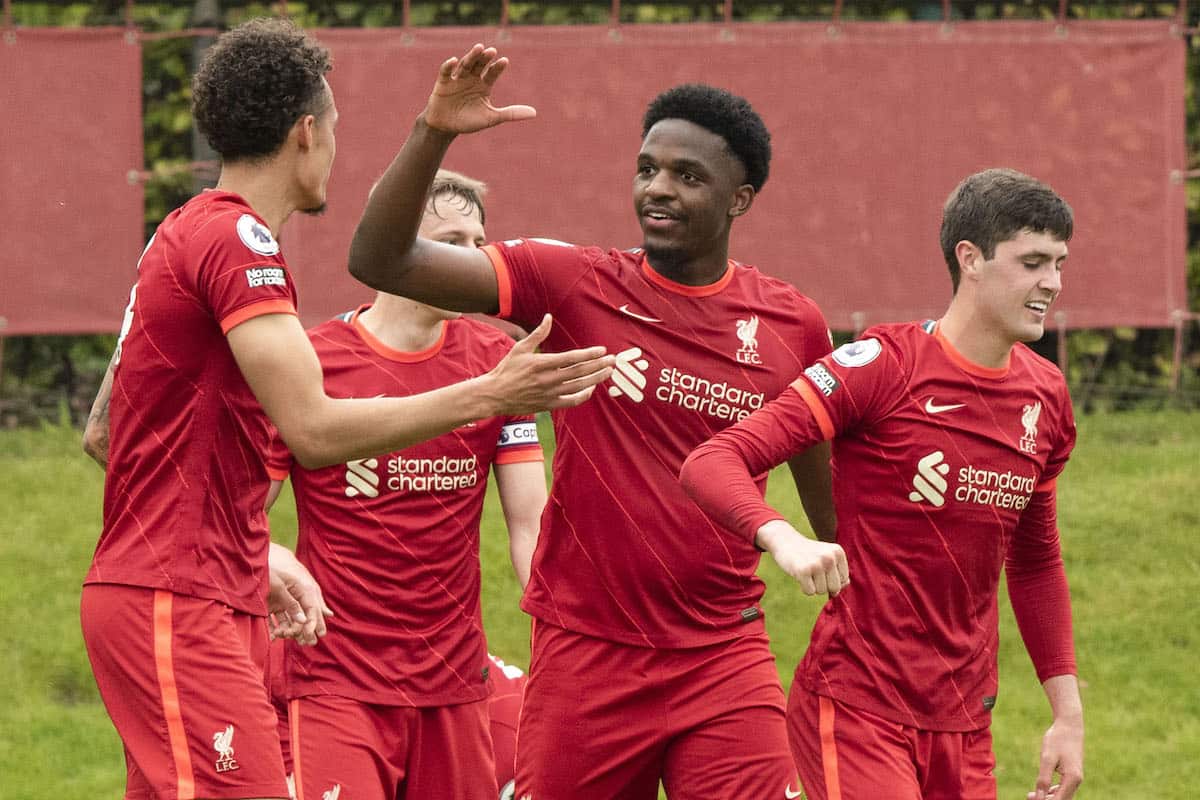 The Liverpool under-23s ended their Premier League 2 campaign in style, with a 3-1 victory over Man United seeing them leapfrog their rivals into fourth.

The day after Liverpool under-18s capped a second-place finish with a 3-1 victory over Blackburn, the U23s hosted United in their final game of the league season.

Barry Lewtas was able to field the majority of his first-choice starters for the derby, with Layton Stewart making his second start back from a long-term injury alongside the likes of Rhys Williams, Conor Bradley, Owen Beck, Tyler Morton and Leighton Clarkson.

Stewart is making up for lost time, having scored his first goal in 14 months in the previous 4-0 win at Leicester, and he led a high-intensity press from the front at Kirkby. 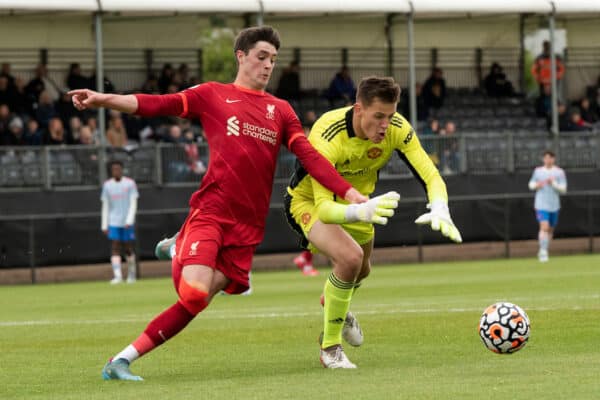 It was his pressure that forced a comic own goal for the visitors after just five minutes, with Shola Shoretire’s clearance somehow eluding goalkeeper Radek Vitek and trickling in.

United drew level midway through the half, though, with Alejandro Garnacho lobbing Marcelo Pitaluga excellently against the run of play.

Vitek made up for his error to an extent as he kept out Clarkson from the penalty spot just after the half-hour mark, but he could do nothing to stop Williams’ powerful header from Clarkson’s corner. 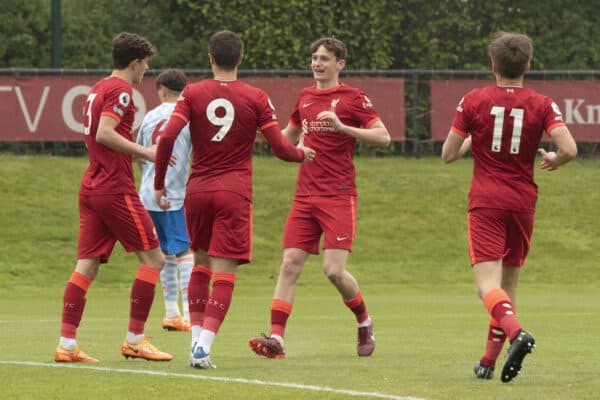 Liverpool held a strong lead as the second half began, and prolific forward Jack Bearne made it 3-1 in the 63rd minute after being sent through by Morton.

That proved to be the end of the scoring on a fine afternoon on Merseyside, with the win lifting the young Reds to fourth at the expense of United.

Whether they stay there or not depends on the results of Tottenham, who still hold two games in hand.

The season is not over for the U23s yet, with the Lancashire Senior Cup final still to come at Burnley on Wednesday night – Billy Koumetio, stretchered off with a back injury on Sunday, is now likely to miss that decider.