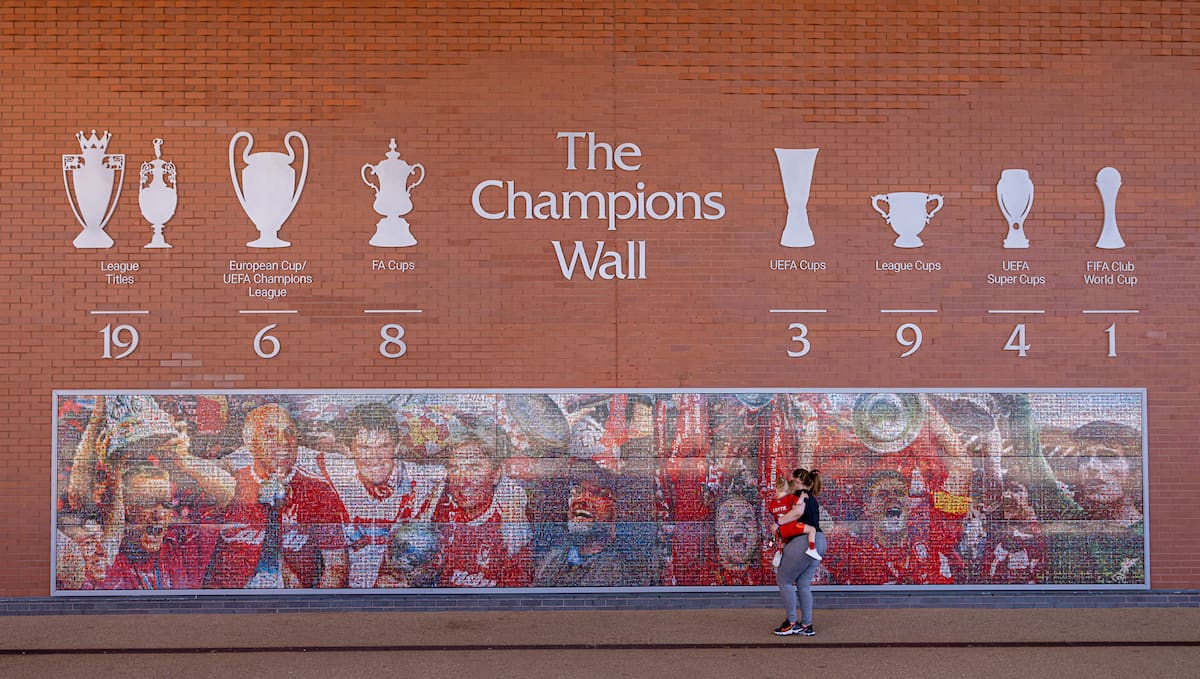 For the second time this season, Liverpool have required an update on their Champions Wall, this time adding the club’s eighth FA Cup to take the Reds’ major honours to 50.

Jurgen Klopp‘s side provided yet another reason to celebrate with their Wembley win over Chelsea, with Jordan Henderson‘s latest trophy shuffle completing the set under the German.

The FA Cup triumph, after another tense penalty shootout, was the first since 2006 and the eighth in the club’s history.

While it was a 16-year wait for this particular trophy, it had only been a matter of months since Liverpool last added to their collection thanks to their League Cup triumph in February.

No doubt on the speed dial list, changes to the Champions Wall were quickly made to see a proud ‘8’ now sit below the FA Cup at Anfield and Kirkby. 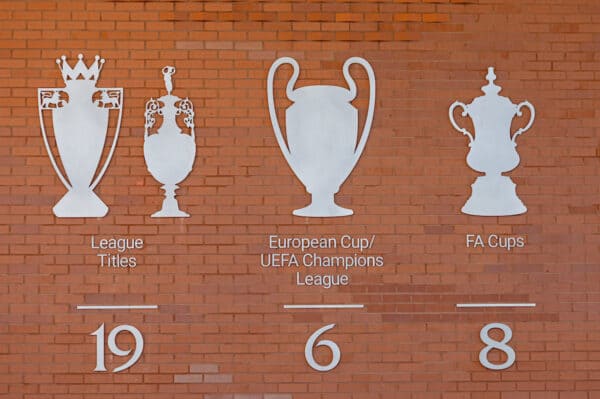 The latest trophy takes Liverpool to 50 major honours, with Klopp responsible for six of those – and there is the promise for much more having recently signed a new deal until 2026.

But in the next nine days alone, the Reds are still in the fight for the Premier League title and have another Champions League final to look forward to.

Let’s hope there’s plenty of work to be done on those Champions Walls once more before the season is out! These are special days indeed.