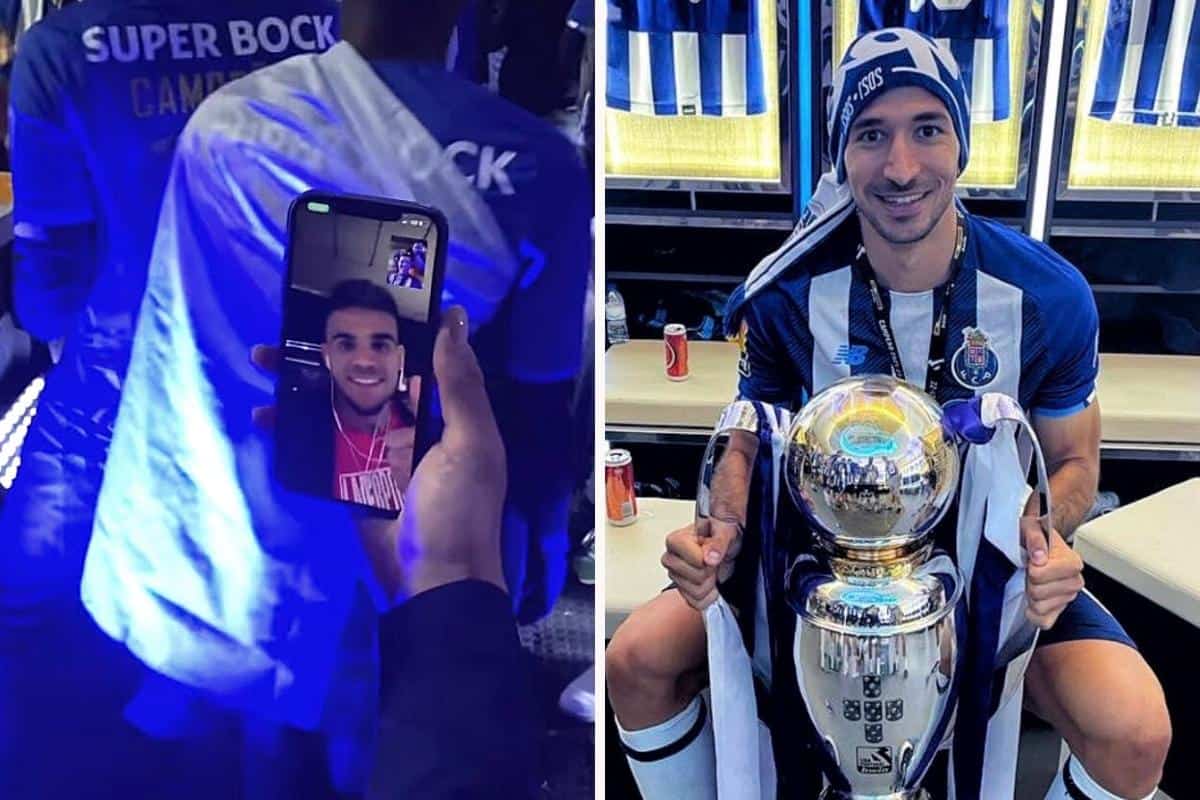 There was a place for Luis Diaz among Porto’s title celebrations over the weekend, with the Liverpool winger playing a key role in their Primeira Liga success.

Diaz picked up the second trophy of his short time at Liverpool so far on Saturday as he earned the Man of the Match award in the FA Cup triumph over Chelsea.

That joined his League Cup winner’s medal from February in an impressive start to his Anfield collection – but the 25-year-old has, in fact, now already won three trophies this season.

Having left Porto in an initial £37.5 million deal at the end of January, Diaz departed a side in rude health under Sergio Conceicao, but there were concerns over how his leaving would impact their title charge.

Porto stayed course in emphatic fashion, though, and secured the Primeira Liga title at the start of May with a 1-0 victory over Benfica.

That came in their penultimate game, with the Portuguese champions then hosting Estoril Praia at the Estadio do Dragao on Saturday.

A Joaozinho own goal was followed up by a late strike from Fernando to seal a 2-0 win and a perfect end to the league campaign – which saw them lose only once in 34 games.

Diaz, who netted 14 goals and laid on five assists in 18 Primeira Liga games before his move to Merseyside games, finished as Porto’s joint-second top scorer.

He is expected to receive a title-winner’s medal, to go along with his FA Cup and League Cup honours, and could even end the season with five if Liverpool are successful in the Premier League and Champions League.

The Colombian was not able to attend Porto’s title party over the weekend, but compatriot Mateus Uribe got Diaz involved via FaceTime.

Fresh from celebrating the FA Cup win, Diaz was wearing his Liverpool t-shirt as he congratulated his former team-mates.

?? Luis Diaz got involved in Porto’s title celebrations last night. He was wearing his LFC t-shirt of course! pic.twitter.com/HaZAVbAtTc

Among those to lift the title on Saturday was Marko Grujic, who joined Porto on a permanent basis last summer following an initial loan spell in 2020/21.

Grujic was not a regular in the league for much of the season, but started the final six games, and having played 21 times in total was among those to receive a medal.

The Serbian looks set to figure more prominently under Conceicao next season, with speculation over the likes of Otavio, Fabio Vieira and Vitinha ahead of the summer transfer window.

Porto still have one game left before the end of the campaign, with the Taca de Portugal final pitting them against Tondela this Sunday – it remains to be seen whether Diaz, who played three times in the earlier rounds, would receive a medal if they also won that.