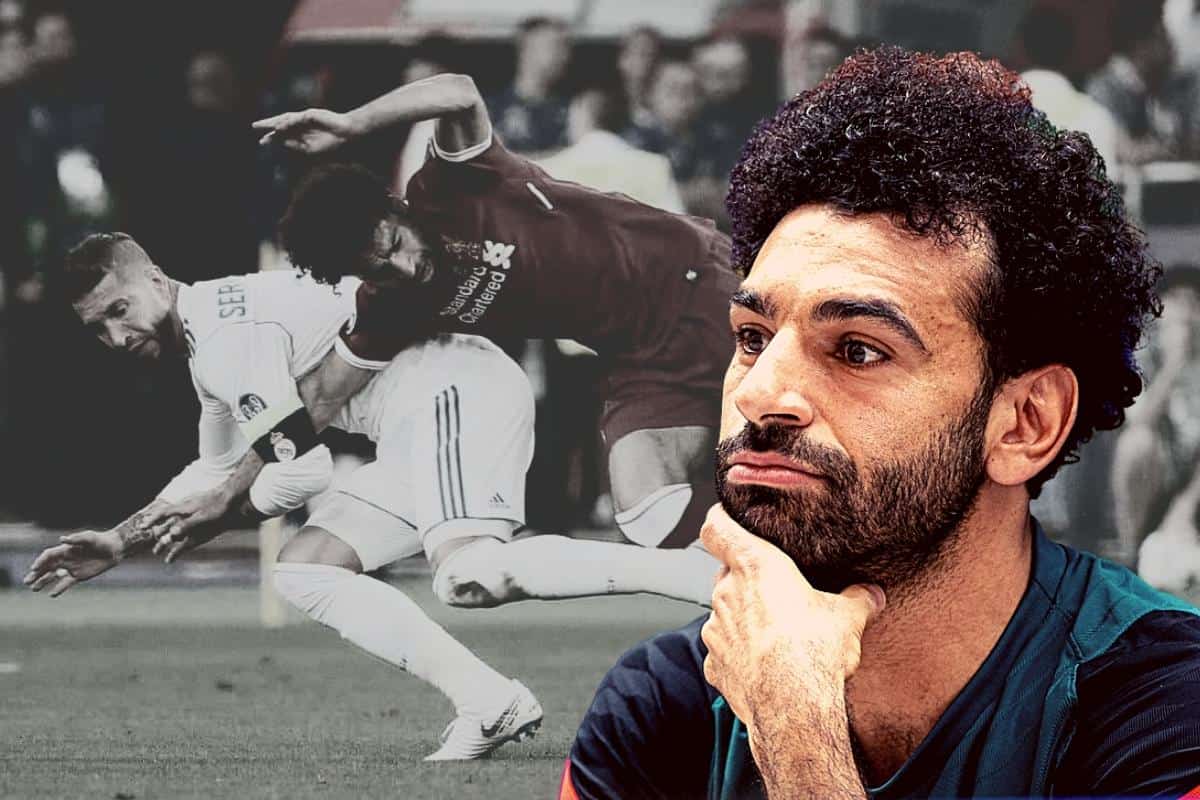 Mohamed Salah recalls his early injury in the 2018 Champions League final as “the worst moment in my career,” but that disappointment was used in the best way possible.

Since Liverpool confirmed their place in the 2022 Champions League final, Salah has readily noted the desire for revenge having wished to meet Real Madrid in Paris.

It was a wish that was granted and now the two teams will meet again on Saturday, four years on from their last meeting in a final that left a mark on Liverpool.

The Reds, of course, bounced back in style to lift the Champions League a year later but it’s a defeat that many feel has left a score to settle.

And ahead of the two teams meeting in Paris, Salah was tasked with reflecting on that night in Kyiv that saw a shoulder injury sustained during a careless tackle from Sergio Ramos end his night prematurely.

“I remember when I went out after 30 minutes or something, it was the worst moment in my career. I was really, really down in that time,” Salah told reporters when reflecting on the 2018 final.

“I had a good season that time and just playing a Champions League final, coming off after 30 minutes is the worst thing to happen to any football player.

“After the game, I knew the result because I was in the hospital. I came back and heard the result from Hendo, and I was like ‘we cannot lose this way’.

“I never felt that feeling before in football, especially because it was the first Champions League final for all of us, or most of us.

“We lost it, we were very, very disappointed, but after that summer we came back, we talked to each other, I think Hendo and Milly spoke in the dressing room if I remember right and they said ‘we go again for everything’.

“We managed to win it the year after, so that was also kind of revenge in a way. But we meant it in the best way possible.”

The sentiment was similar for Jordan Henderson, but as Jurgen Klopp recently said: “The biggest defeats in my life have led to the biggest successes.”

“A very low point, of course, in my career,” Henderson said. “To get so close to your dream and then for it to be taken away right at the last hurdle was pretty tough to take.

“It was a pretty tough time in that moment, to lose to Madrid. But looking back, I learned a lot from that, we all did, and we used that experience to better, be stronger.

“To win it the year after made it even more special.”