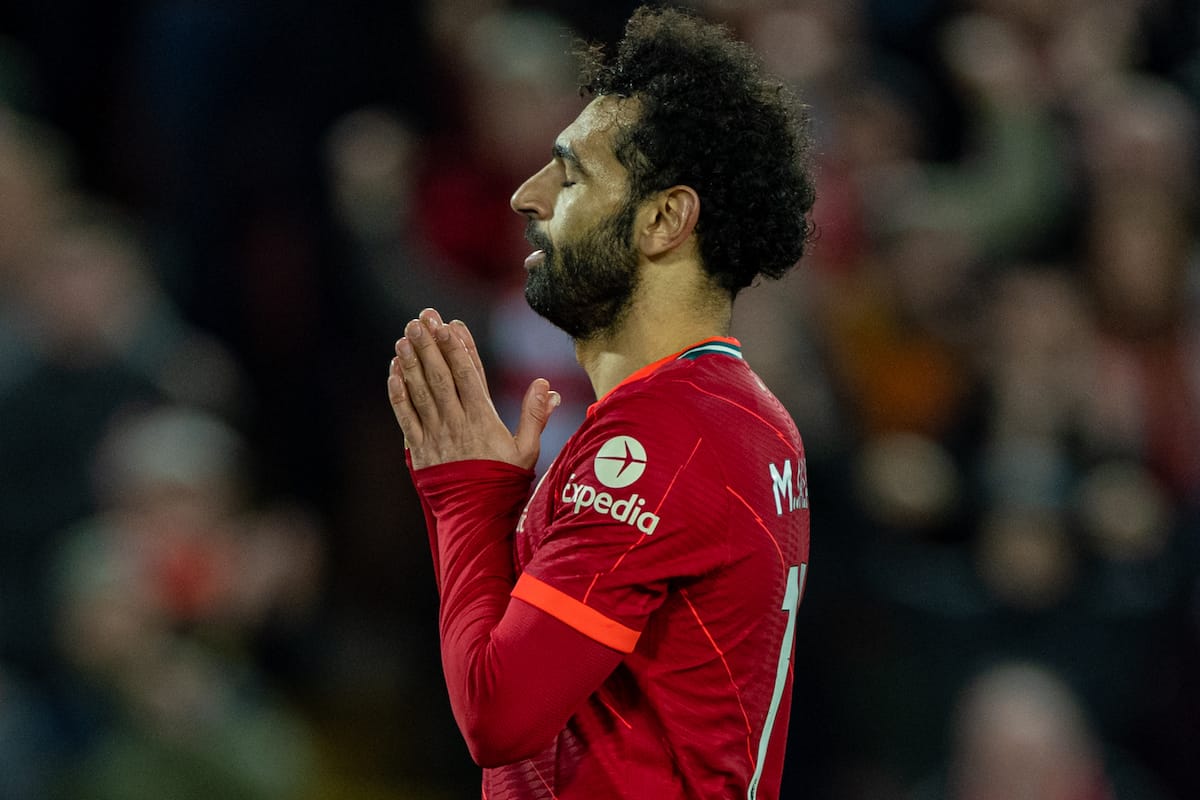 Mohamed Salah could match the feat of the legendary Roger Hunt with a goal against Aston Villa tonight, and his recent record makes for a promising sign.

Liverpool have scored more goals away from home this season (41) than any other team in the top flight.

And, as a club, Liverpool have scored more goals in their league history against Villa (332) than they have against any other team and have more inflicted defeat on today’s hosts more times in the league than they have any other club (91). 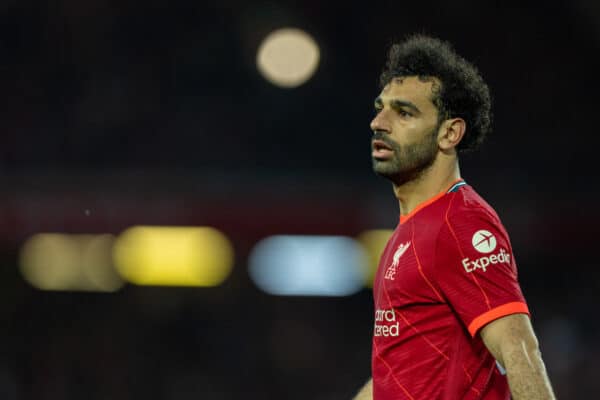 In all competitions, Mo Salah has five goals in his last four games against this evening’s opponents.

And he could become only the second Liverpool player to score in four successive league games against Aston Villa after Roger Hunt (1963-65) with another tonight. 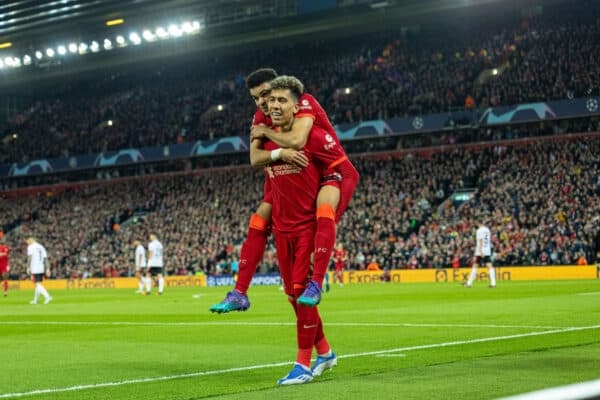 The Reds could record a 100th victory over Villa in all competitions.

And Liverpool need four goals for 550 in the league under Jurgen Klopp, while a win will see him record 550 league points as Reds boss.

Roberto Firmino, meanwhile, is two goals away from registering 100 for Liverpool in all competitions and Luiz Diaz could score in a third successive game for the first time since joining the club.

Since Steven Gerrard arrived in mid-November Villa have played 23 league games, winning 10 and losing 10 with three draws. They average 1.43 points per game under the former Liverpool captain.

Against the ‘Big Six’ this season Villa have lost eight of their 10 encounters, taking all of their four points earned in games against Manchester United.

They travel to Manchester City on the final day of the campaign.

Few and Far Between 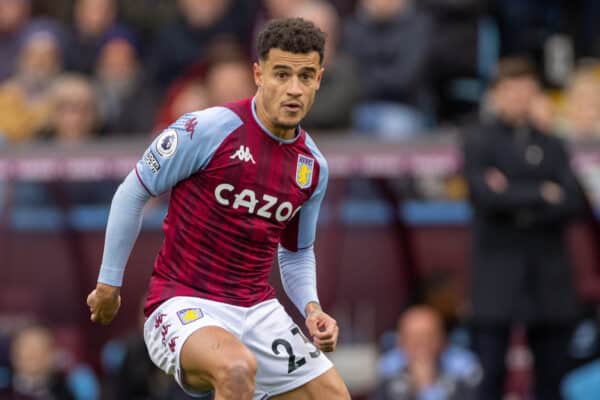 Villa are looking to score against Liverpool for a third successive home league game for the first time since November 1998.

They are also looking to record a fourth successive league game without defeat for the first time since December 2020.

This will be Jon Moss’ first Villa game this season and his fourth Liverpool match (won the previous three).

He has issued four red cards in 23 top-flight games this season. He retires at the end of the campaign. 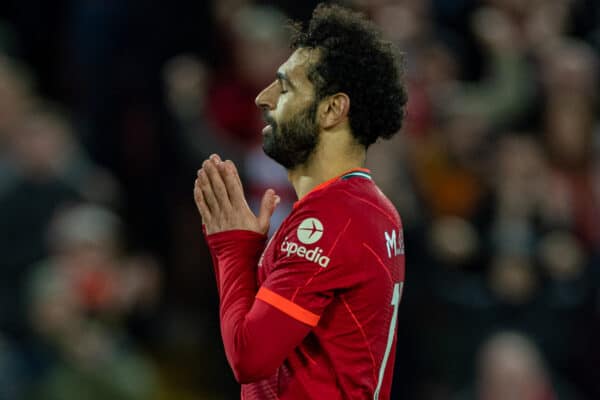 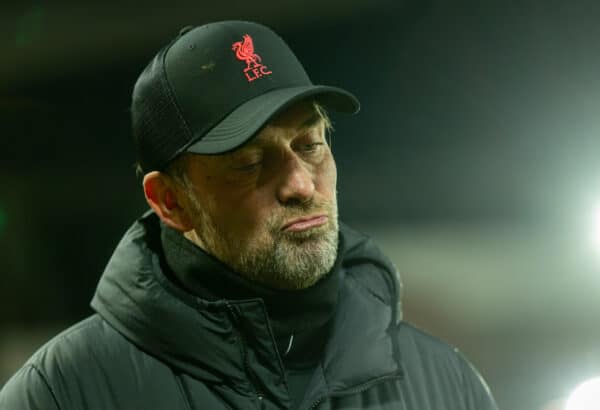 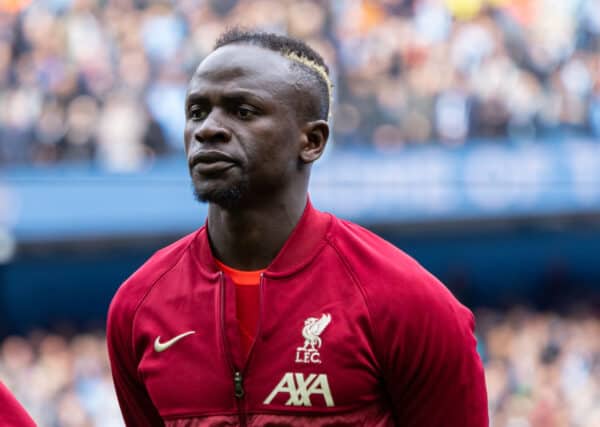 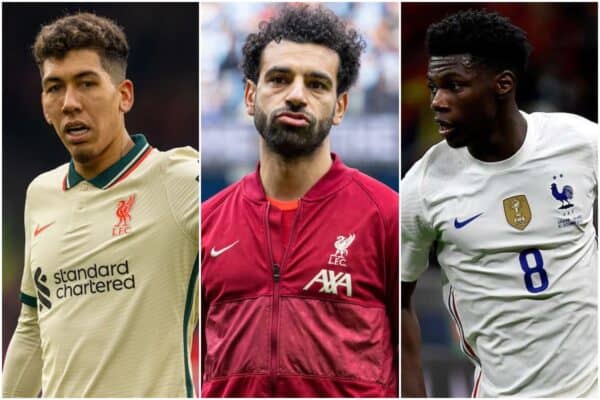