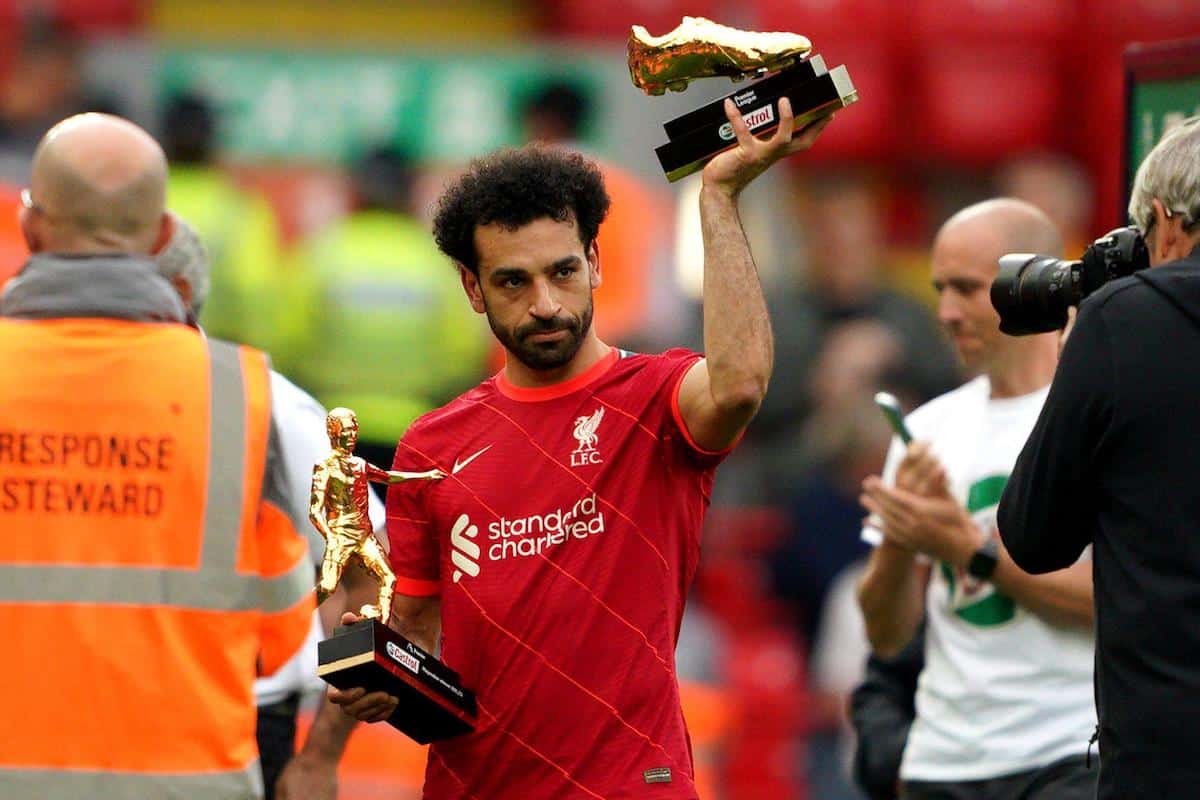 Mohamed Salah did not end the Premier League campaign with a winner’s medal, but the Egyptian’s incredible season was recognised with two individual awards.

It was not meant to be for Liverpool on Sunday, and it was a tough one to take as Man City came back to beat Aston Villa 3-2 and clinch the title.

For much of the afternoon, though, it looked as though the Reds may not even get the job done at home to Wolves, but Salah came on to score the decider.

With Heung-min Son netting twice in Tottenham‘s 5-0 win at Norwich, it was a crucial one for Salah, as it saw him draw level in the Premier League goalscoring charts.

Both Salah and Son ended the season with 23 goals in the top flight, with the pair therefore sharing the Golden Boot award.

He has equalled Alan Shearer and Harry Kane in winning the prize three times.

Such has been the 29-year-old’s influence this season that he has also come away with the Playmaker of the Season award, after recording more assists than any other player too.

Salah assisted 13 goals, with Trent Alexander-Arnold second with 12 and Andy Robertson joint-third with 10.

Meanwhile, Alisson will also share the Golden Glove award with Man City counterpart Ederson, with the Brazilian goalkeepers both having kept 20 clean sheets.

It is the second time Alisson has won the award.