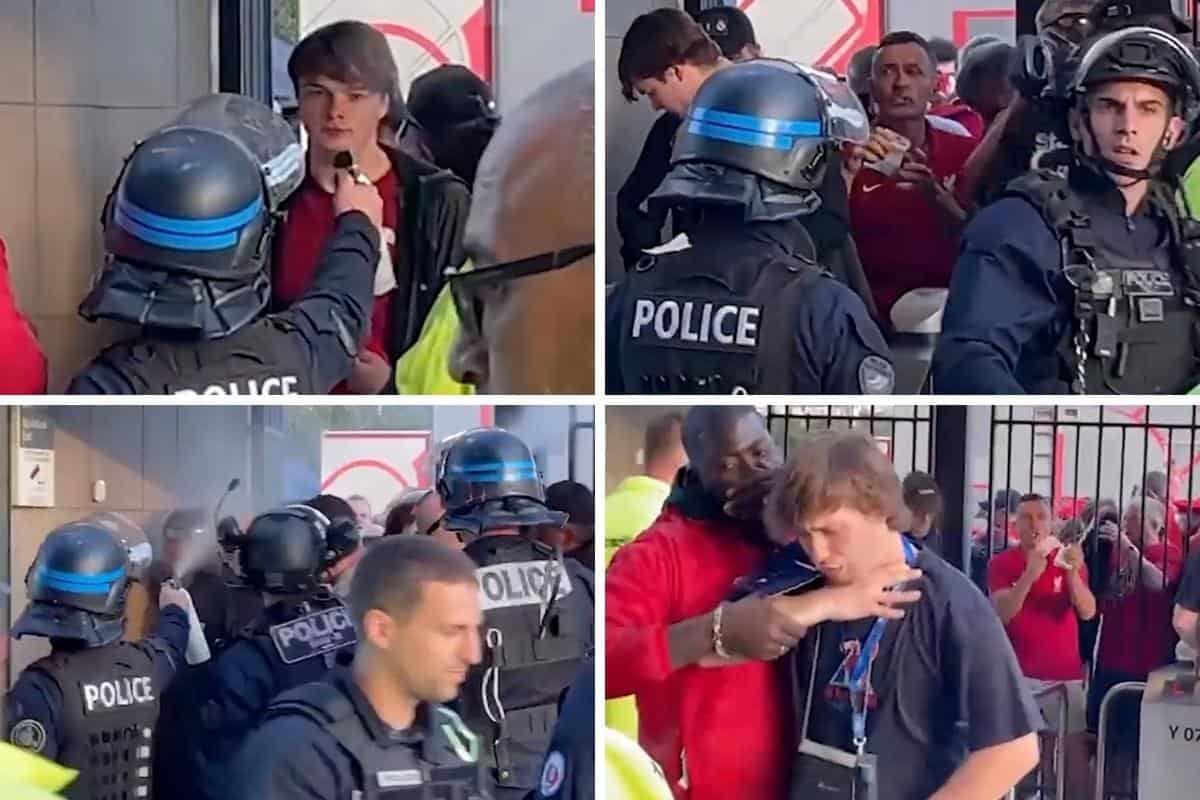 The scenes outside the Stade de France on Saturday night were truly shocking, with ticket-holding Liverpool fans pepper-sprayed at point-blank range.

It is genuinely horrific how supporters were treated outside the Stade de France before, during and after the Champions League final.

As more footage and first-hand accounts are shared, the ineptitude and carelessness of UEFA and the French authorities becomes more and more infuriating.

There were systematic issues in place not only surrounding the Stade de France, but also throughout the city of Paris as fans of both clubs were targeted by police and local gangs.

Tear gas was deployed at the Liverpool fan zone after the game, affecting hundreds of supporters, while police were incapable of dealing with ticket-holding fans attempting to gain entry to the final itself.

Footage circulated by TNT Sports shows the moment a group of supporters trying to scan their tickets at one section of turnstiles were pepper-sprayed from less than a foot away from their faces.

Scouse accents can be heard understandably furious at the treatment of their fellow fans, as many plead with police at the turnstiles for help in scanning their tickets.

But for seemingly no reason, more than one officer directs their pepper spray at a group of Liverpool supporters and fires the incapacitating agent toward them.

Beyond the turnstile, one fan can be seen clutching his throat as he struggles to breathe after being pepper-sprayed, with another desperately seeking medical attention for him as armed police stand and ignore them.

It is a sad situation that no doubt happened in various other parts of the concourse and, it seems, elsewhere in Paris on a truly bleak night for football.