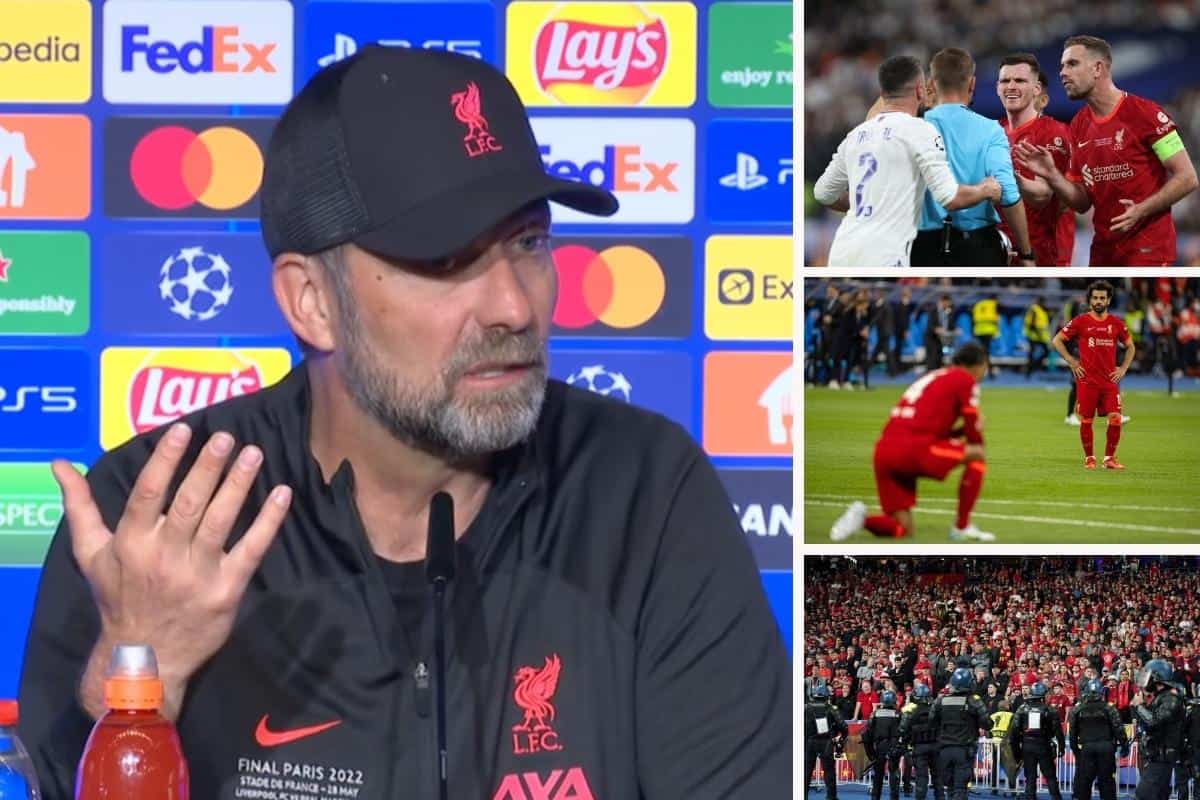 Jurgen Klopp knows it’s hard to see the bigger picture in the aftermath of the Champions League final defeat, but this season deserves celebrating before “we will go again.”

Here are four key points from the manager after Liverpool’s narrow defeat in Paris:

The scenes that took place outside of the Stade de France pre and post-kick off can only be described as horrific, with fans treated in a despicable manner and yet handed all the blame by UEFA.

Liverpool have already demanded an investigation and while Klopp does not know too many details, he knows familiar were affected, and that included Joel Matip‘s pregnant sister-in-law.

“Not a lot and I couldn’t speak to my family yet, but I know the families had real struggles to get into the stadium. But the reasons, I don’t know yet.

“What I heard is that we will have further investigations to figure out what was going on there. I heard a few things that were not good, not nice.

“Obviously it was pretty tricky out there but I don’t know more about it.” 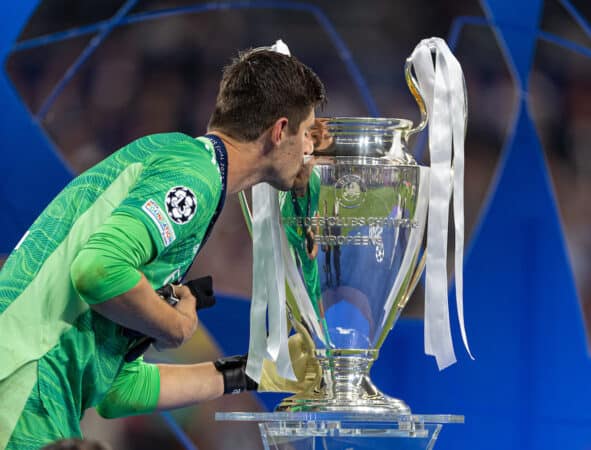 Thibaut Courtois was another example of a goalkeeper being at the peak of his powers against Liverpool, coming in clutch for Real Madrid time and time again.

He won them the game and Klopp acknowledged his vital interventions, even if the Reds did make it easy for him at times.

“When the goalkeeper is Man of the Match then something is going wrong for the other team, so we had I think three really big chances where Courtois made incredible saves. I would have loved to have had a few more of this calibre.

“In the last third we could have done better, a pass here, the crosses, especially towards the end of the game, towards Courtois made not too much sense.”

‘We will go again, definitely’

The curtain falls on Liverpool’s season after 63 games, with two trophies in the bag and another two narrowly evading their grasp.

It’s heartbreaking but the boss knows his side will come back again, it’s the mentality they share and it’s a different one to that of 2018.

“The two competitions we couldn’t win, we didn’t win for the smallest possible margin – one point, 1-0. What does that say?

“[Manchester] City during the season were one point better and tonight Madrid were one goal better. That says nothing about us.

“But these boys are really competitive, they have an incredible attitude, it’s a fantastic group and we will go again definitely.”

Time to celebrate the season 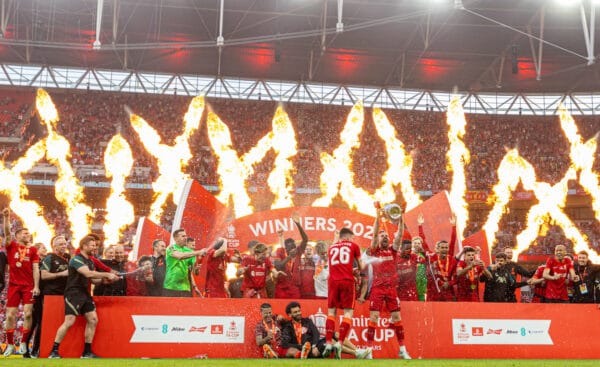 Liverpool will have a trophy parade on Sunday for their domestic cup success and while it may not feel like a time to celebrate, Klopp knows not to let the opportunity pass them by.

“Tomorrow, we will celebrate the season. It’s good that we don’t have to do that now immediately,” Klopp said.

“But after a night’s sleep and maybe another talk or speech from me, the boys will realise how special it was what they did.

“Even if nobody on this planet would understand that we have a parade tomorrow, we still will do it and I really hope that everybody who has the chance to get to Liverpool is there tomorrow and celebrates together with us a fantastic season which we all had together.

“It didn’t end like we wanted but yeah, that’s facts. But, how I said, the club is in a good moment, we will go again.”