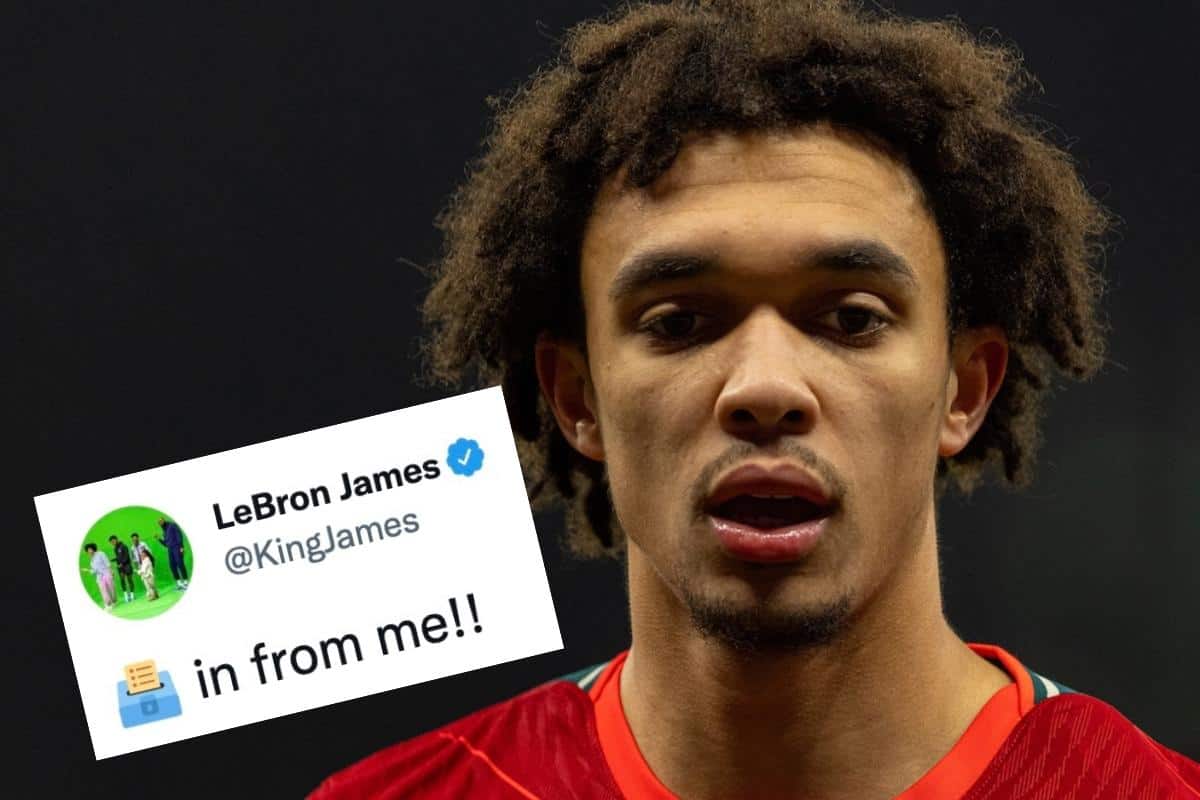 With Trent Alexander-Arnold up for both Premier League Player of the Season awards, the Liverpool right-back has been given the backing of LeBron James.

The Premier League have revealed the shortlists for their end-of-season awards, with Liverpool represented in each category for the current campaign.

Players are eligible for Young Player of the Season provided they are under the age of 23 at the start of the campaign, with Alexander-Arnold having turned 23 in October.

Voting is open for all three awards via the Premier League‘s official website, with Liverpool shareholder James taking part on Friday.

Revealing his votes on Twitter, the LA Lakers icon confirmed that he had backed Alexander-Arnold as Young Player of the Season:

James initially invested in Liverpool back in 2011, purchasing a two percent stake in the club alongside business partner Maverick Carter, to the tune of $6.5 million.

The pair then became minority partners in the club’s ownership group Fenway Sports Group last year, and James has continued to show his support as Jurgen Klopp‘s side battle for four trophies this season.