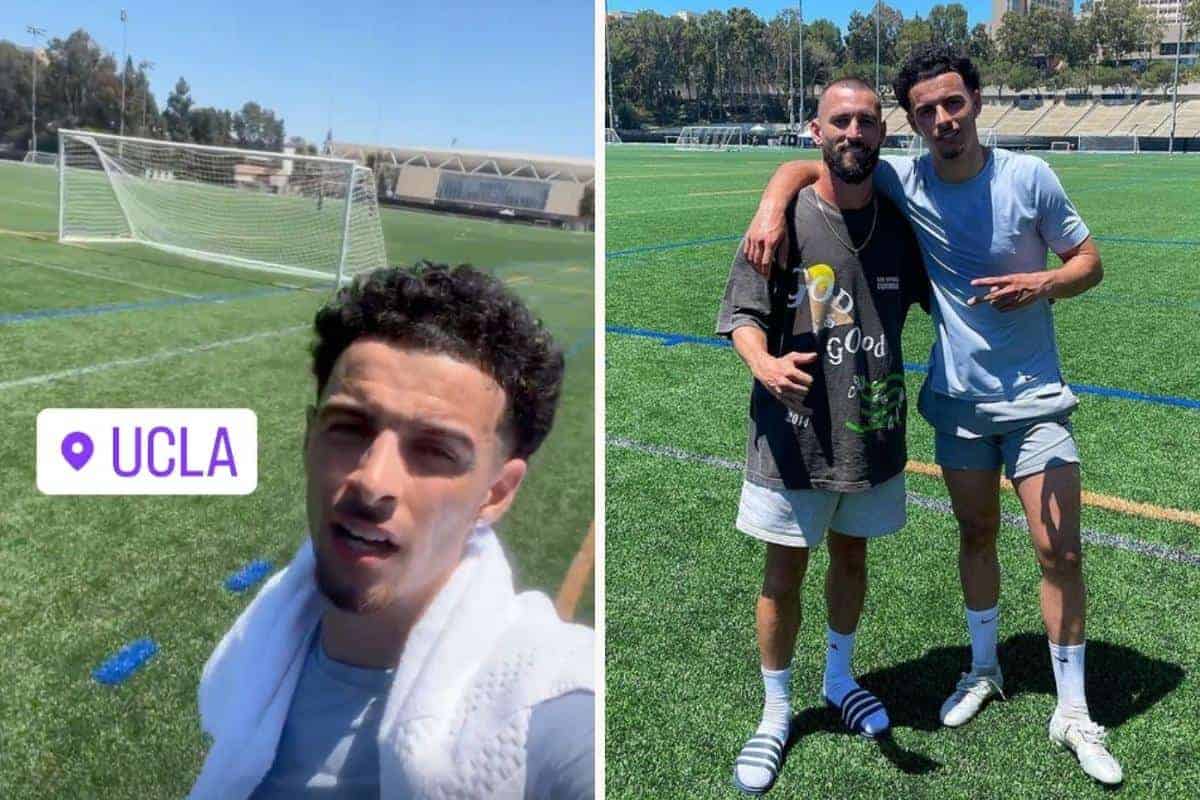 Curtis Jones continues to put in the work throughout the summer ahead of the start of pre-season, with the Los Angeles sun keeping the lungs burning at UCLA.

Jones now has his third senior season under his belt and is preparing for his fourth, one that ought to see his role grow under Jurgen Klopp.

The 21-year-old missed a lot of football last season thanks to a freak eye injury in November, throwing a spanner in the works and disrupting his campaign.

But with plenty of talent and skill in his arsenal, Jones’ continual challenge is to showcase his ability on a consistent basis and he’s putting in all the groundwork to make sure of just that.

Jones has been enjoying his summer break in Los Angeles but has not been far away from a football pitch, either playing in a six-a-side game or getting some training under his belt. 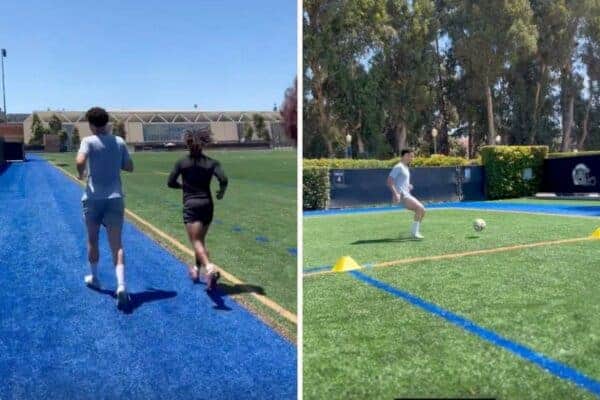 And only days after he was filmed enjoying a kickabout with those in the Tiki Taka Soccer League, he was back on the field, this time at the UCLA campus.

The midfielder also had actor Darrius Marcellin for company and trainer American-based trainer Samuel Philip on hand as he got on with some ball work and cardio.

Naby Keita, meanwhile, made the trip of a lifetime to visit Islam’s holiest site, Mecca.

Mecca is located in Saudi Arabia and the Umrah pilgrimage offers an opportunity for Muslims to ‘refresh their faith, seek forgiveness and pray for their needs’.

The focal point for the pilgrimage is the Kaaba, which is the black cube structure seen in Keita’s photo (below) and is considered the most sacred spot on Earth by Muslims.

It’s an important and sacred journey for Keita and Muslims alike and comes a couple of weeks before Hajj, an annual pilgrimage to Mecca which is a five-day event.

The majority of the Liverpool squad will reunite for the start of pre-season on July 4, in less than 10 days’ time.