It has been an impressive, if sometimes inconsistent, season for Diogo Jota, and the Portuguese has a key role to play in Liverpool’s future.

He’s gone from Ian Rush comparisons to at times being the lowest down the pecking order in Liverpool’s forward ranks, but there have been more encouraging signs than there have been disappointing moments.

At 25 years old, Jota has a key role to play in the team going forward and will be an important part of Jurgen Klopp‘s next Liverpool side, especially in a post-Sadio Mane and Mohamed Salah era. 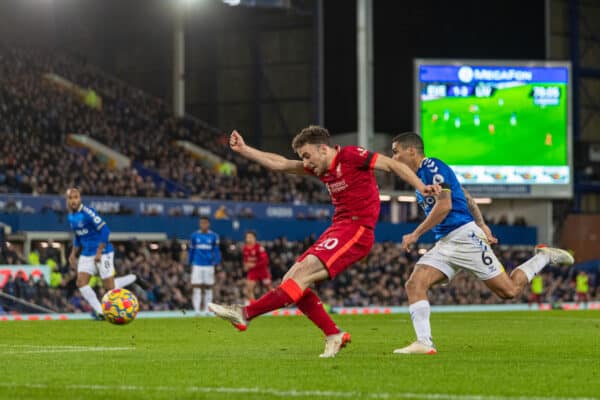 Jota scored just two fewer goals than Mane this season having played 366 minutes less than the Senegalese in all competitions.

It was the best goal return of his career so far and, at his best, he became the Reds’ most reliable finisher in the 18-yard box.

Klopp commented on this evolution, giving a forthright summary of the forward’s development after a 2-0 win against Watford in April, in which Jota scored.

Klopp can be frank about his own players, as they already know where they stand due to regular communication with the manager and his backroom staff, but this time he went into so much detail on a player’s improvement in the context of recruitment.

“Since he came in he improved a lot, that is a little to do with his age, [but] he is growing into the top world-class striker role step by step,” said the boss. 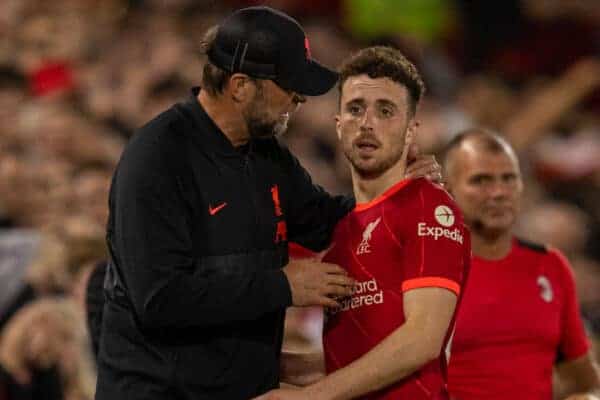 “He is delivering for Portugal pretty consistently, which is a difficult job to do with all the offensive talent they have, so he is actually the player we thought he would be and also a little bit better.

“It was always clear that Diogo is not a pure winger, Diogo is a striker who can play on the wing and defend the wing. Both wings, thank god!”

Jota plays the central forward position slightly differently from Roberto Firmino, and even from Mane.

The actions maps below, from SmarterScout, show Firmino (left) and Jota (right), indicating Jota’s tendency to look to get more shots away (white squares) in the box at the expense of contributing slightly less to the buildup play. 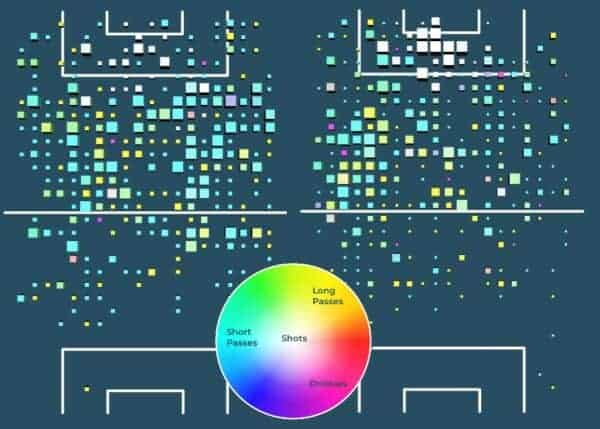 “He played for us all three positions up front and did always really well,” Klopp added in his comments after the Watford game.

“Where we struggle sometimes is being too static. [The first goal] was a very fluent situation where Diogo was high up, a great cross and then if there is nobody there it is just a cross with no outcome.

“[But it was] a great goal. Absolutely. He is that guy. It was, for sure, always in him.

“I said it a couple of times: at Wolves he had a different job and he did that job that good that we thought, we want him.” 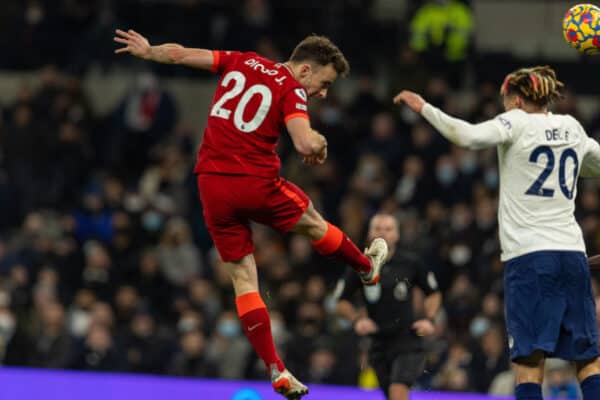 The Portuguese has also emerged as one of those players who, perhaps unexpectedly, turns out to be really good in the air.

Aerial ability is usually considered the domain of players over 6′ tall, but at 5’10” Jota has still managed to show he’s one of the best around when it comes to heading.

He has a good spring and is able to get extra power on his headers, which sets him apart from most other players in this area of the game.

Six of his 21 goals in all competitions this season were headers and, according to WhoScored, in the Premier League this season only Joel Matip, Harry Kane and Ivan Toney had more headed shots than Jota’s 21. 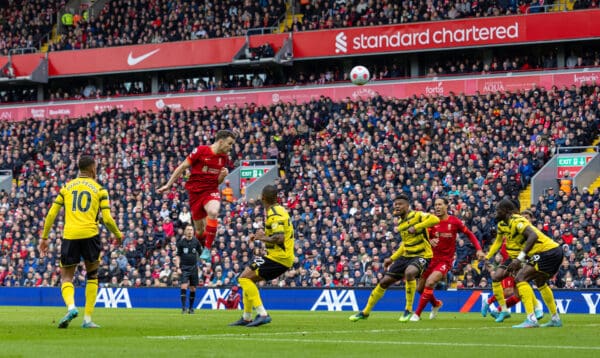 No player scored more than his four headed goals in the Premier League this season.

Another interesting shooting fact, again via WhoScored, is that in all competitions this season, including appearances for Portugal, Jota has made 52 shots with his right foot and 52 with his left.

This two-footedness combined with heading ability means he has the potential to become one of the most dangerous forwards around.

Making the next step 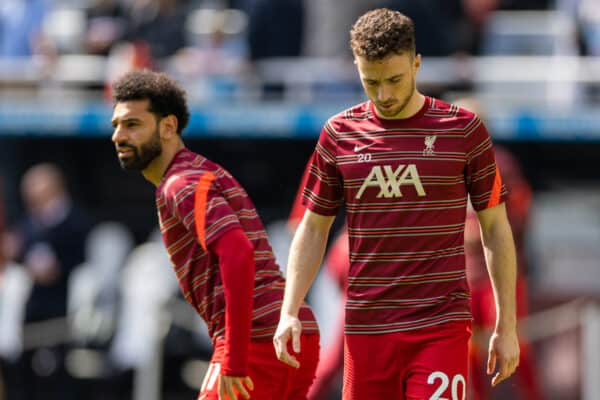 With the contracts of Mane and Salah coming to an end next summer, and even speculation around their immediate future ahead of the 2022/23 season, Jota will have a key part to play in the next version of Liverpool’s attack.

Even though there are likely to be new arrivals, and there has already been one this year in the shape of Luis Diaz, Jota will be required to play in a couple of positions in the front line.

Early signs in the 2022 summer transfer window suggested Liverpool were after a centre-forward, maybe a slightly more traditional one in the Robert Lewandowski mould, with Benfica’s Darwin Nunez looking to fit that bill.

And if Klopp reverts to a 4-2-3-1 formation, Jota could be used on either flank or behind the striker, harking back to his time at Wolves playing off centre-forward Raul Jimenez. 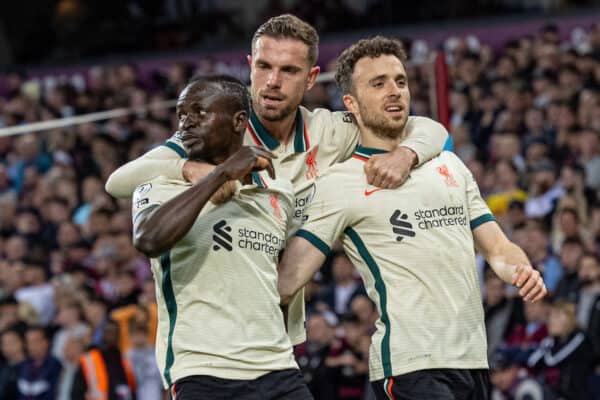 In terms of profile, Jota needs to become the next Mane or Salah.

His goal return in bursts throughout the seasons has shown he can make similar headlines to the prolific pair.

If he can do this more consistently, while also tidying up his linkup play, he could well reach those levels.

Best moment: The League Cup semi-final double against Arsenal, coming to the fore in the absence of Salah and Mane while at AFCON. An honourable mention to giving it to the Leicester fans in the League Cup.

Worst moment: The ankle injury that set him off course in February. He didn’t return quite the same to close out the year.

Role next season: Important player in the forward line rotation.