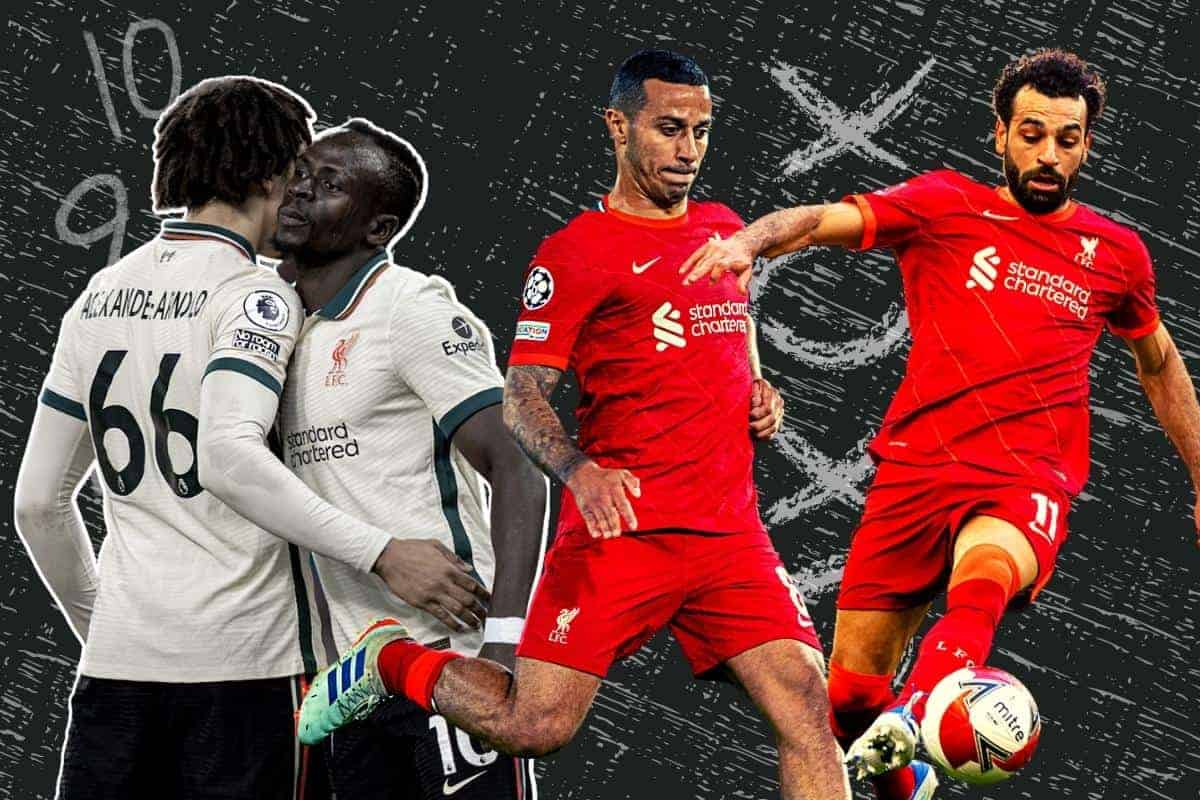 There were some magical Liverpool assists throughout a fantastic 2021/22 season, but which one tops the pile?

The Reds have completed a relentless campaign, with Jurgen Klopp‘s side playing a total of 63 matches and winning two trophies.

We have been spoiled rotten watching this Liverpool team this season, with so many great assists to cherish across all competitions, with a total of 23 players setting up a teammate at least once.

In terms of underrated assists, this is certainly one of them.

Liverpool were only 1-0 up and struggling to break down Villarreal in the Champions League semi-final first leg before Mohamed Salah did his thing.

The Reds’ No. 11 nutmegged his opponent brilliantly in a tight space to find Sadio Mane, who did the rest from close range. 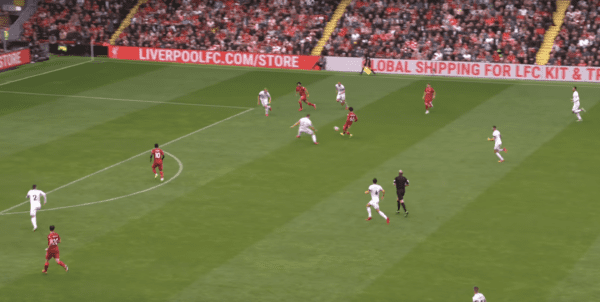 Again it was Mane who profited from good work by a teammate, this time in the Premier League clash at home to Burnley last August.

A flowing Liverpool move eventually saw Trent Alexander-Arnold play in Mane with a lovely deft pass, allowing his colleague to take it from there.

The central attacking area that Trent took up is something right-backs used to only dream of!

He has redefined the role.

Trent again features here, this time with one of those trademark whipped crosses.

The 23-year-old’s delivery from out wide is as good as anything we have witnessed in the Premier League era and Diogo Jota was on-hand to head home against Atletico Madrid.

The cross was so good that the Portuguese couldn’t miss.

Jordan Henderson isn’t always hailed for being a passing expert, but he produced a lovely assist for Luis Diaz‘s first-ever Liverpool goal.

With the Reds only 2-1 up at home to a stubborn Norwich side, the captain slid a beautiful pass into the path of the Colombian, who finished with aplomb in front of the Kop.

It was a silky goal that epitomised the ruthlessness of this Reds team. 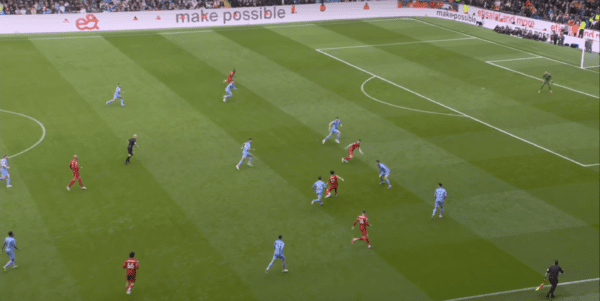 Liverpool were 2-1 down at half-time away to Man City, knowing that they simply had to score to keep their title hopes alive.

The Reds responded immediately after kickoff, thanks to Salah’s inch-perfect through-ball to Mane.

Liverpool’s No. 10 finished emphatically, but it was the pass that made it possible, with not even the rapid Kyle Walker able to cut it out.

In terms of great Anfield moments during the season, Salah’s goal against Norwich was one of them.

Klopp’s men were level at 1-1 and looking like dropping costly points, only for Alisson to drill a stunning long ball into his teammate’s pass.

Salah did superbly to score, but it was the quick thinking of Alisson that allowed him to find the net yet again, bringing back memories of his assist against Man United in 2019/20. 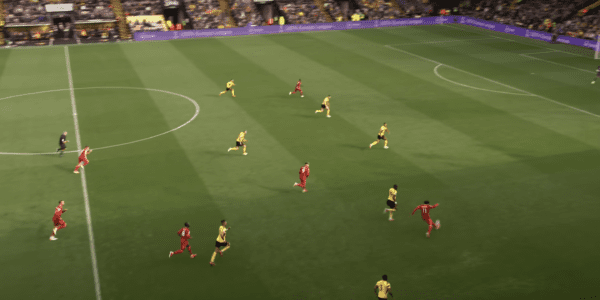 So much has been written about Salah’s goalscoring exploits, but he also ended the season as Liverpool’s joint-second-highest assist-maker with 15.

The Egyptian’s perfect ball to Mane away to Watford showcased his creative brilliance, with his wand of a left foot working its magic.

For most normal players, it would arguably be a once-in-a-career assist, but Salah is not normal! 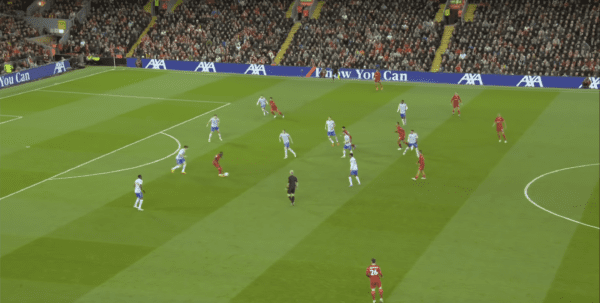 Liverpool beat United by an aggregate scoreline of 9-0 in 2021/22, with some fantastic goals scored. In terms of assists, Mane’s pass to Salah at Anfield was a standout moment.

The Senegalese star produced a glorious reverse ball that bamboozled United’s defence, with his fellow African superstar making it 2-0.

As mentioned, Henderson gets some criticism for a lack of technical ability, but watch his assist against United and then say that!

With Liverpool destroying their biggest rivals at Old Trafford, the 31-year-old produced a wonderful outside-of-the-foot pass that split two United players, allowing Salah to make it 5-0!

If it was Steven Gerrard, it would be talked about for years. 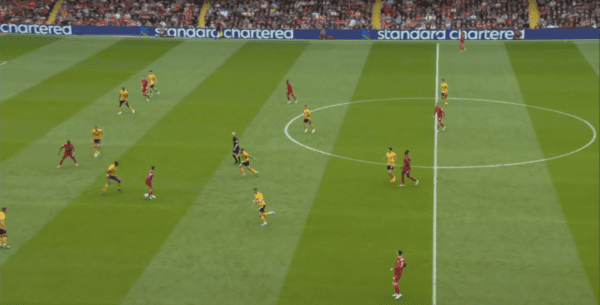 Thiago was a joy to watch all season and he produced Liverpool’s best assist on the final day of the league campaign.

The Spaniard’s impudent flick allowed Mane to race through and equalise at home to Wolves, giving their title dream fresh hope.

It was an assist that most players can’t even see, let alone execute.