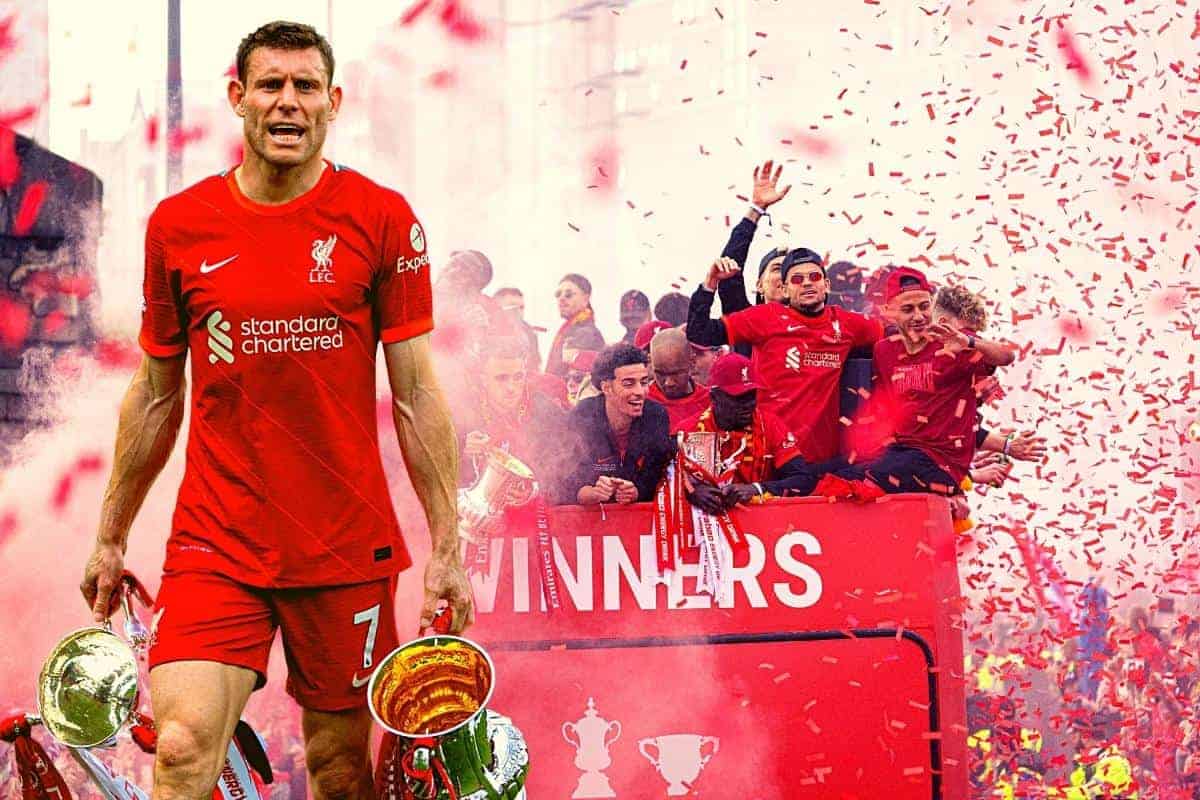 James Milner has signed a new one-year contract with Liverpool, with his experience at the post-season trophy parade helping convince him to stay.

When over 500,000 supporters lined the streets the day after the Champions League final, it was one of the biggest symbols of Jurgen Klopp‘s Liverpool.

Despite the chaos and disappointment in Paris, and the deflating final day of the Premier League only a week before, half a million fans turned out to welcome Klopp and his players back to Merseyside.

The FA Cup, League Cup and Women’s Championship were on parade, but the message was more one of unity, and a major boost for the new campaign ahead.

That was clearly the case for Milner, who has put pen to paper on a one-year extension to his contract at Liverpool, agreeing to reduced terms despite offers of two-year deals from elsewhere in the Premier League and MLS.

"Mate, what am I fucking seeing, wow."

“Last season was extraordinary, even though it didn’t have the ending we hoped it would,” he told the club’s official website.

“But I think that will only make us all even hungrier for more success, to be honest.

“I felt that after the parade and that played a part in my decision-making also. It’s a unique club.

“Now this is signed, I’m already looking forward to getting back with everyone, refocusing and going again. It’s a brilliant dressing room to be part of.” 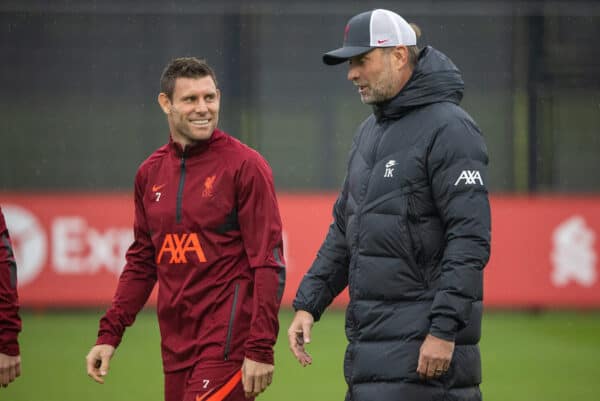 That Milner only extended his stay by another 12 months was to be expected, given he will turn 37 midway through the season, but he remains a vital player to Klopp both on and off the pitch.

With five substitutes permitted in the Premier League from next term, too, there will be more opportunities for squad players to get valuable minutes on the pitch.

“I’m very pleased to be staying for another season. I have never taken playing for this club for granted and I never will,” Milner continued.

“An overriding feeling for me – and a vitally important one in the process – was the belief I can still contribute to the team.

“The gaffer was clear what he thought and that was a big factor in me extending my contract.”

Milner added: “Ultimately it was a decision I made, with the support of my family, on the basis of the quality of people at the club

“Team-mates first and foremost, along with the manager and coaches. Plus the brilliant training ground staff, who are the heartbeat of AXA.

“From the medical room, sports science, the kit department, nutrition, the canteen and office staff. All people who make the team what it is.

“As long as I can still play my part, that’s not something easy to walk away from.”