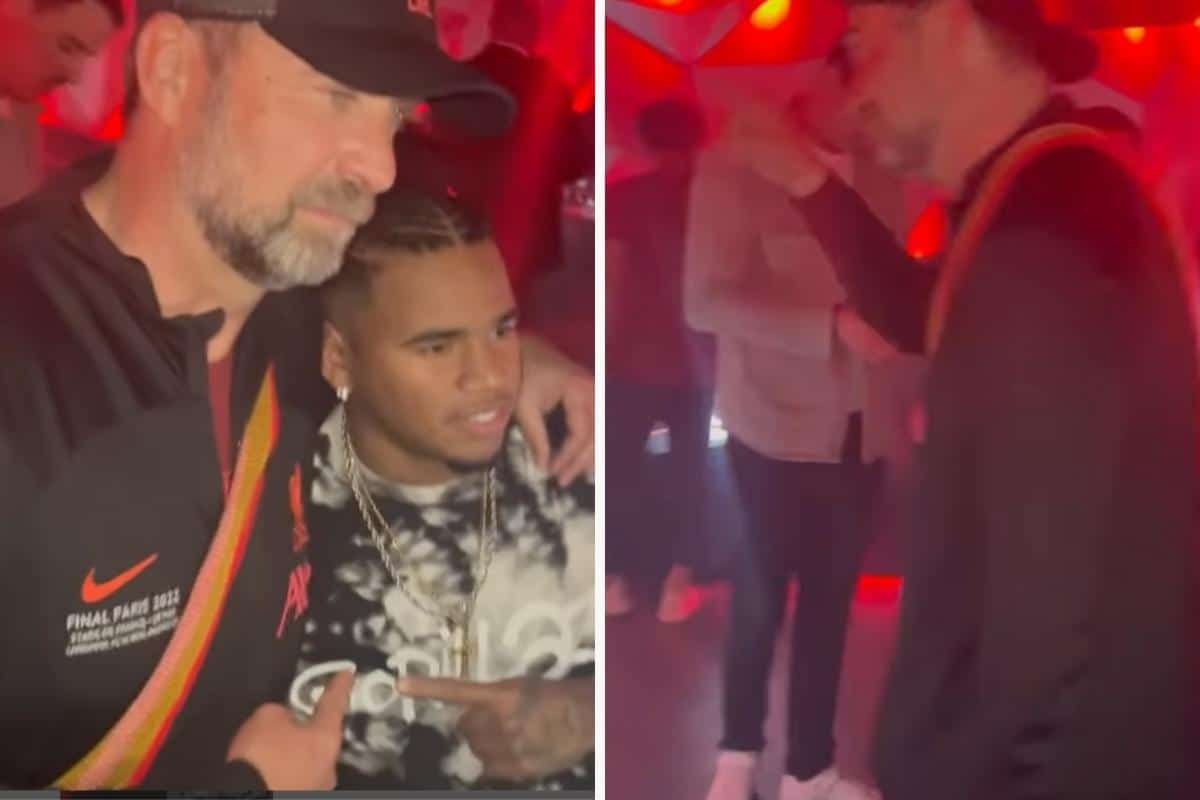 Jurgen Klopp is not one to cut a forlorn figure for long and that was again the case after the Champions League final defeat, as he danced the night away – much to the delight of Reds fans.

The Liverpool manager has always been able to swiftly find perspective after what others would consider one of the greatest disappointments.

It was the same in Kyiv and now Paris, with Klopp leading from the front to the tune of the words he spoke after his first European final loss: “Only silly idiots stay on the floor and wait for the next defeat.”

It is one of his greatest strengths to find the right words or actions for each moment the club finds itself in, and this time it came in the form of another round of dancing!

With Klopp having said during the parade on Sunday that it “was a good party last night and it’s a good party here,” the footage from Luis Diaz‘s sister-in-law looks to have come from the night of the final.

And it shows Klopp pulling out the moves alongside Diaz’s brother, to Mark Ronson and Bruno Mars’ Uptown Funk:

And it’s safe to say Liverpool fans loved what they saw from the boss:

Jurgen Klopp has the moves???? who else would love to go out dancing with Jurgen ? love this man pic.twitter.com/7egHRAHznx

Jürgen Klopp dad dancing with a man-bag ?? get in #Klopp https://t.co/WNdsp4SvX0

so lucky to have our gaffer

Will Mane leave? Will Salah sign a new contract? Who will @LFC buy this summer? Don't care, as long as this man is in charge. https://t.co/BlT5cIj2Rg

If anyone says they don't want this man as the manager of their team they are lying https://t.co/4q32VW0Xu9