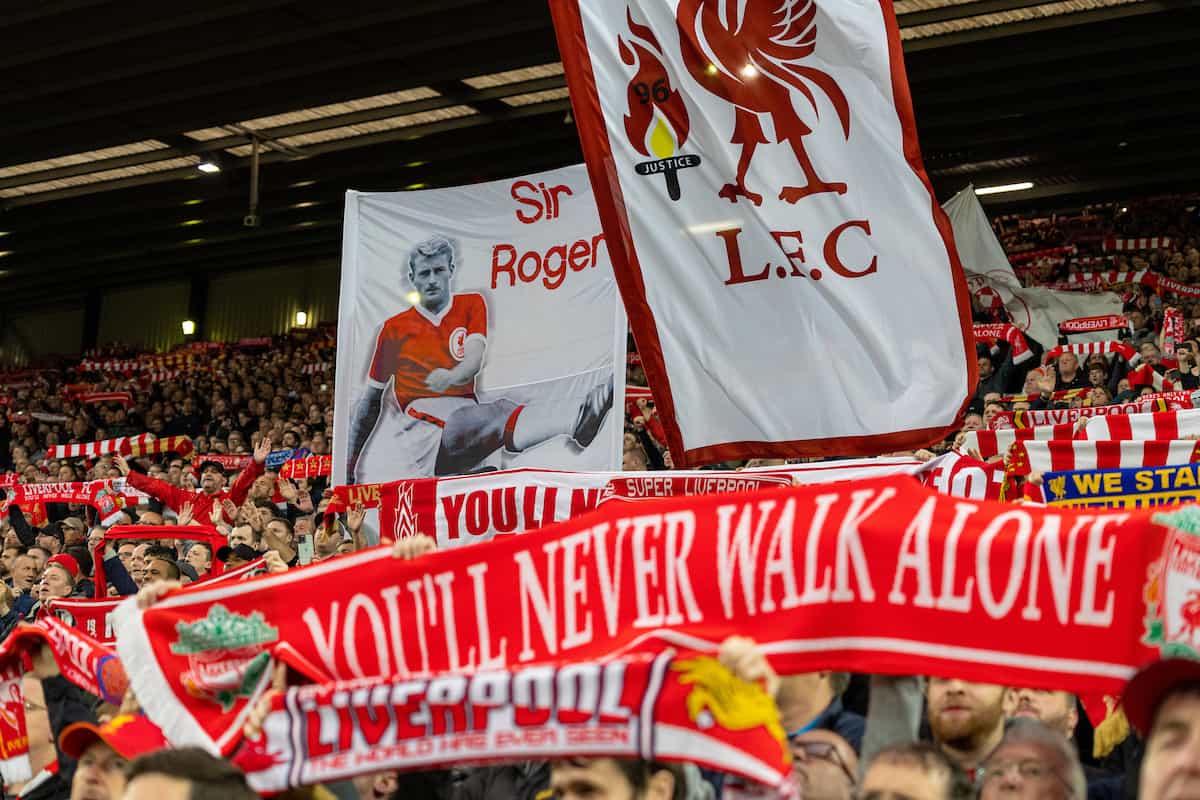 Liverpool played their last home game of the season towards the end of May, but thousands of fans sang You’ll Never Alone at Anfield during a Rolling Stones show.

The Rolling Stones packed out Anfield on the third stop of their 60th-anniversary European tour on Thursday night, in the first of three concerts held at the home of Liverpool this summer.

Elton John and the Eagles will also play at the stadium later this month, after planning permission to host non-sporting events was obtained from Liverpool City Council in 2018.

Though all well into their 70s, the Rolling Stones are still one of the most energetic live acts in music, and the reviews from their show at Anfield have been overwhelmingly positive.

But Liverpool fans made sure to put their own stamp on proceedings, too, with thousands belting out an impromptu You’ll Never Walk Alone ahead of the encore:

Impromptu rendition of You’ll Never Walk Alone from the crowd gets the Rolling Stones out for an encore at Anfield. pic.twitter.com/9DkmewIBvx

“They make everything about them…” pic.twitter.com/osGacO5YrJ

It was a brilliant moment that summed up the city’s spirit – even though there were almost certainly a number of Everton fans in attendance too.

The Rolling Stones returned to close their show with Gimme Shelter and (I Can’t Get No) Satisfaction.

The gig marked the first time the Rolling Stones had played in Liverpool since 1971 and their first UK date without the late Charlie Watts, who passed away in August.

A rendition of the Beatles’ I Wanna Be Your Man marked the occasion, with the support act on the night being the city’s Echo & The Bunnymen.