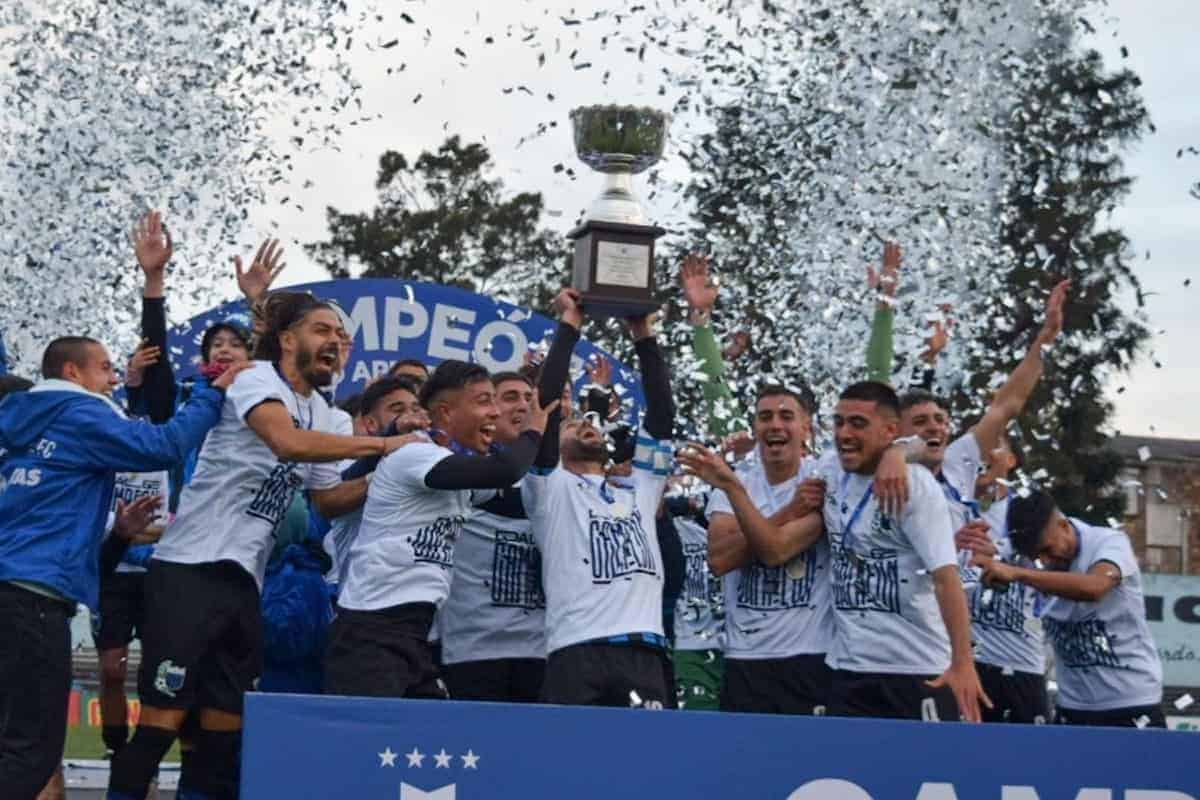 While the Premier League title may have evaded Liverpool this season, their namesake counterparts in Uruguay lifted their mid-season trophy on Sunday.

The campaign is over in England, with the majority of Jurgen Klopp‘s first-team squad departing for post-season internationals before a well-deserved break.

It comes after a ridiculously tough season that saw the Reds triumph in the FA Cup and League Cup, but fall at the last hurdle in both the Premier League and Champions League.

Klopp and his players have resolved to go again next term, and the expectation is they improve and challenge for honours both in the league and in Europe.

Meanwhile, the season is only halfway done in Uruguay, with Liverpool FC lifting the Apertura title after a 1-0 win over Centro Atletico Fenix on Sunday.

The victory saw them finish four points clear of Nacional at the top of the Apertura table, with their rivals losing 2-1 to Danubio.

It marks the first time Liverpool have won the Apertura title in Uruguay’s Primera Division, following up their first-ever Clausura success in 2020.

The Uruguayan top flight is split into two separate tournaments, with a mid-season cup held in between, and Liverpool have topped the table for the first half of the campaign.

Only two teams have won both the Apertura and Clausura in a single season, those being Nacional in 1998 and Danubio in 2006.

Prior to their Clausura triumph in 2020, Liverpool had only finished runners-up in either tournament three times in the league’s history, with great strides made at the Montevideo club in recent years.

Their link to Liverpool is, at best, shaky, with the name adopted in 1915 due to the city’s maritime culture and the many boats that would arrive at the port from Merseyside.

The two Liverpool sides have never met in any capacity, but the growing success within the Uruguayan outfit is certainly reflective of their namesake.