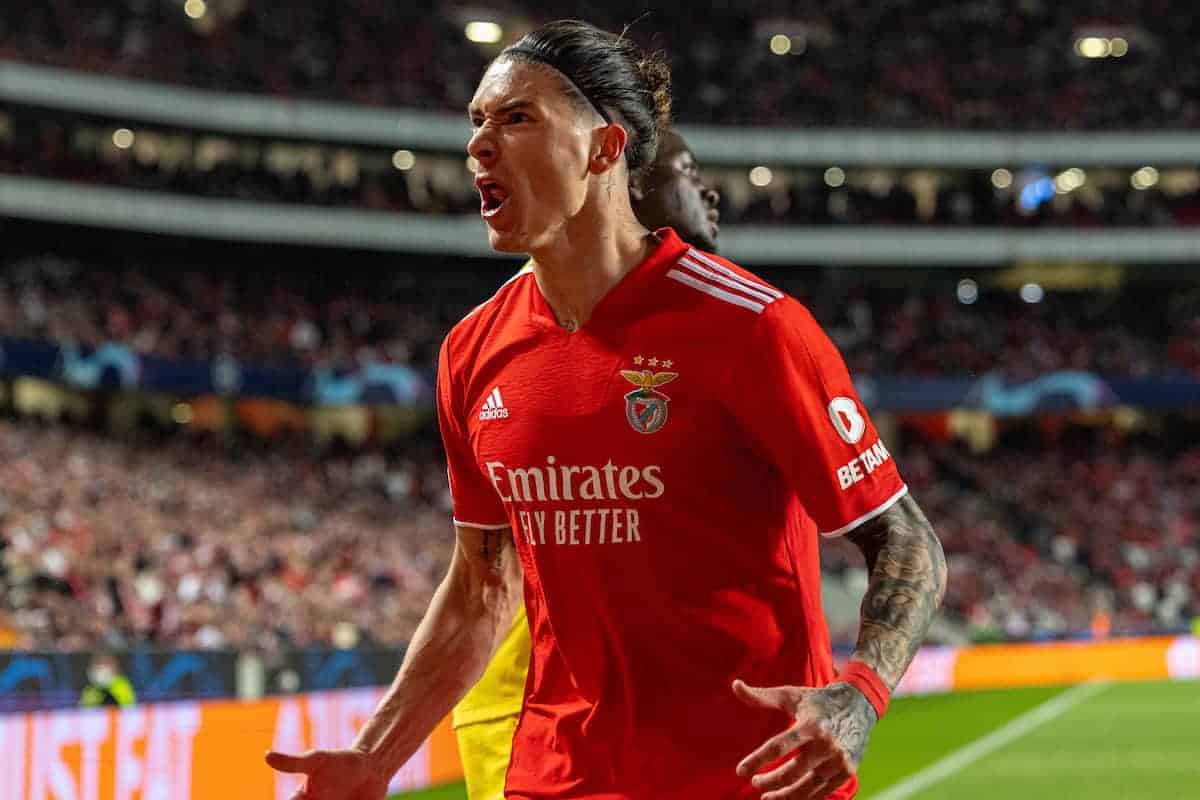 With a search for a forward now appearing a priority this summer, members of the Merseyside press have reported that Liverpool are “prepared to smash their transfer record” to land Darwin Nunez.

Benfica’s Nunez has emerged as a target this summer, with the Reds’ interest having been corroborated by a number of English and Portuguese outlets in recent weeks.

The 22-year-old was always to demand a hefty fee but Liverpool were not expected to be willing to do business at the top end of the spectrum, believed to be between €80million and €100 million.

But the Daily Mail‘s Dominic King has stated that the Reds are “are prepared to smash their transfer record to get him,” and importantly, “Nunez is keen to move to Merseyside.”

The figure Liverpool would need to reach is £85 million, a fee that the Times‘ Paul Joyce corroborates as the magic number for Benfica to be willing to do business.

It would represent a sizeable increase on the club’s existing transfer record of £75 million, a fee now considered a bargain for the transformational Virgil van Dijk.

Man United and Atletico Madrid are also interested in Nunez, who scored 34 times in 41 appearances this season, and Liverpool will not be keen to get dragged into a bidding war.

New sporting director, Julian Ward, has “been in discussions with Benfica” but Joyce states that the club “have not made a bid at this stage” and that they “will continue to look at other targets” – a well-versed phrase in transfer dealings.

Liverpool’s interest comes in the face of Sadio Mane‘s desire for a new adventure and while Bayern Munich are pursuing the No. 10, they will need to come to the table with an offer that is worthy of the club’s attention.

These reports from members of the Merseyside press come after Portuguese outlet Record claimed that Liverpool has already tabled an £85 million bid for Nunez, who is on board with an Anfield switch.

While it does contradict Joyce’s statement that no bid has yet been officially made, it leaves no question marks over Liverpool’s intentions for a player Jurgen Klopp has previously praised.

“Physically strong, quick, plus calm around his finish…Good, really, really good. How we say in these situations, if he stays healthy it’s a big career ahead of him.”