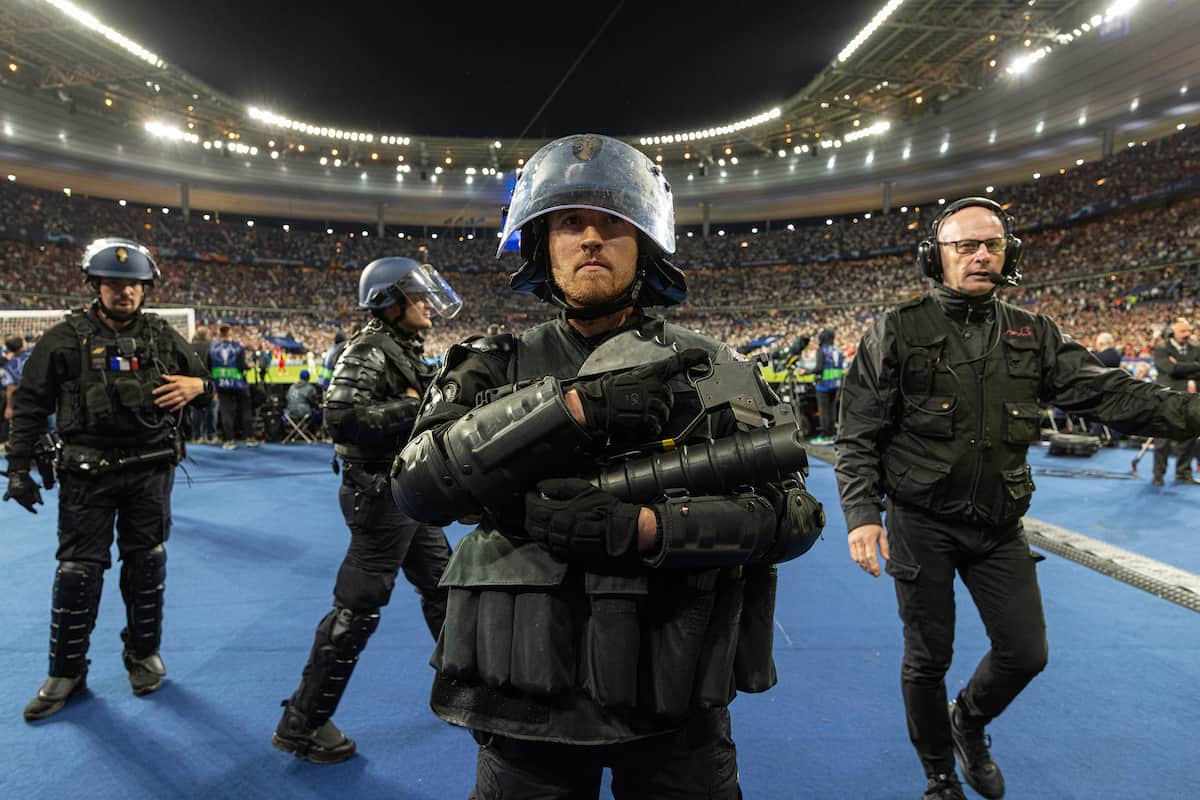 An outrageous report into the policing around the Champions League final in Paris has suggested extreme measures were taken due to Hillsborough.

Investigations into the events outside the Stade de France on May 28 are ongoing, with French authorities urged by both Liverpool and Real Madrid to uncover the truth.

Thousands of supporters were kept outside of fences after being kettled on their way to the stadium, with tear gas and pepper spray deployed as police with riot shields and batons confronted those peacefully waiting to enter.

The scenes in Saint-Denis were horrific, and though CCTV footage has been conveniently deleted, evidence from countless fans at the stadium has detailed exactly what it was like.

Shockingly, though, a new report produced for the French prime minister has suggested that riot police were in force due to perceived links between Liverpool supporters and hooliganism in the wake of the Hillsborough tragedy in 1989. 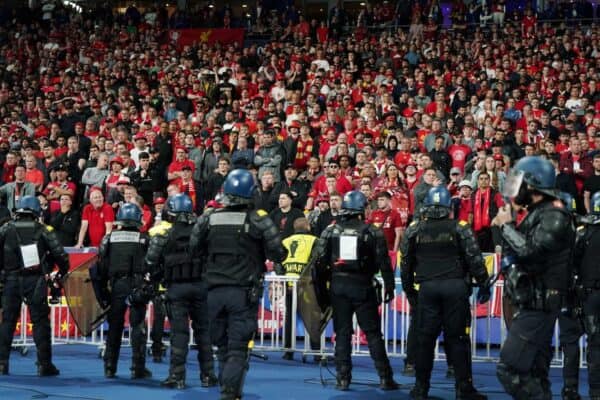 The Guardian‘s David Conn details a section of the 30-page report focused on police intelligence, in which it is acknowledged that Liverpool fans are not known for violence but then added:

“Reference to the Hillsborough tragedy in 1989 – 97 deaths – for which the responsibility of the [police] was pointed out, led however to the drawing up of a firm policing arrangement, to maintain order in riot gear, in order to be able to respond to a risk of collective phenomena of hooliganism and havoc, as had happened in Marseilles on 13 June 2016 during the England-Russia game.”

The bottom line, then, is that concerns were raised over the behaviour of Liverpool fans heading to the Stade de France due to a horrendous association between so-called “hooliganism” and the deaths of the 97.

As Conn points out, at the 2016 inquest that ruled the 97 to have been unlawfully killed, it was also “determined that there was no hooliganism, drunkenness, ticketlessness or any other alleged misbehaviour by Liverpool supporters that contributed to the disaster.” 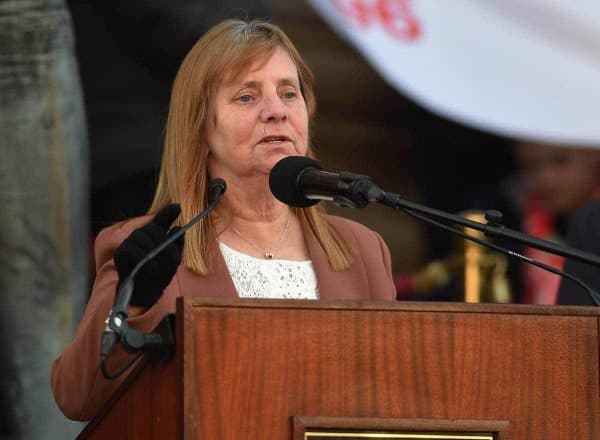 Unsurprisingly, these claims have led to outrage among the families of those affected by the disaster, including Margaret Aspinall, former chair of the Hillsborough Family Support Group.

“This confirms our worst suspicions that a completely false view of what happened at Hillsborough has informed a police force in another country,” Aspinall, who lost her son James to the tragedy, said.

“It shows the power of the lies that were told by the police in this country, that are still believed and repeated by far too many people.

“Football stadiums and policing were made much safer after the disaster, and all football supporters should understand that.”