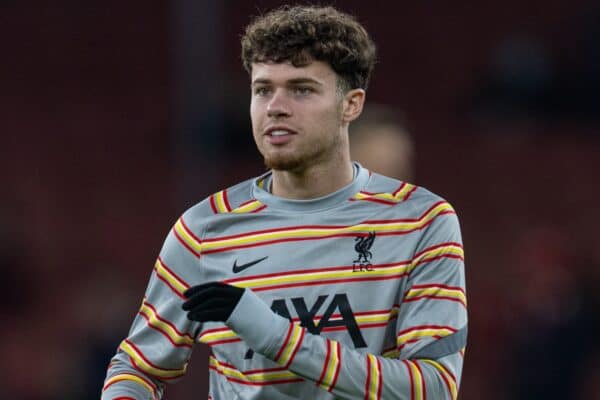 Neco Williams continues to attract suitors from the Premier League and Southampton are now reported to have revived their interest after last summer’s flirtation with a deal.

Despite some suggestions over the weekend that Liverpool would be open to another loan move for Williams, a permanent departure is still expected this summer.

The 21-year-old enjoyed a productive end to the 2021/22 season on loan with Fulham and that has seen the newly promoted side eager to retain his services, with Nottingham Forest similarly interested.

Liverpool are in the market for a deal in the region of £12-15 million, and now Southampton are the latest to have “approached” the club, according to Sky Sports.

The Saints have long been admirers of Williams having sought a loan move in January 2021 for the Welshman before reviving their interest last summer.

The cards did not fall to see Williams make a move to the south coast but renewed interest has seen them return to the fore as a potential destination for the defender.

But Fulham remain the “favourites” for Williams’ signature following his 15-game spell with the club earlier in the year as they secured promotion back to the Premier League.

A consistent position in the top flight will be the goal for Williams as he looks to push on in his development and keep his place in Wales’ side ahead of the World Cup in November.

“Right now, I just want to play football week in and week out,” Williams said back in April.

“I want to play as much as possible and gain as much experience as possible, and so far [Fulham loan] has definitely helped me.

“I want to be a Premier League player. For me, I think it’s the best and the toughest league in the world.

“And you always want to be playing against the best players in the world.”