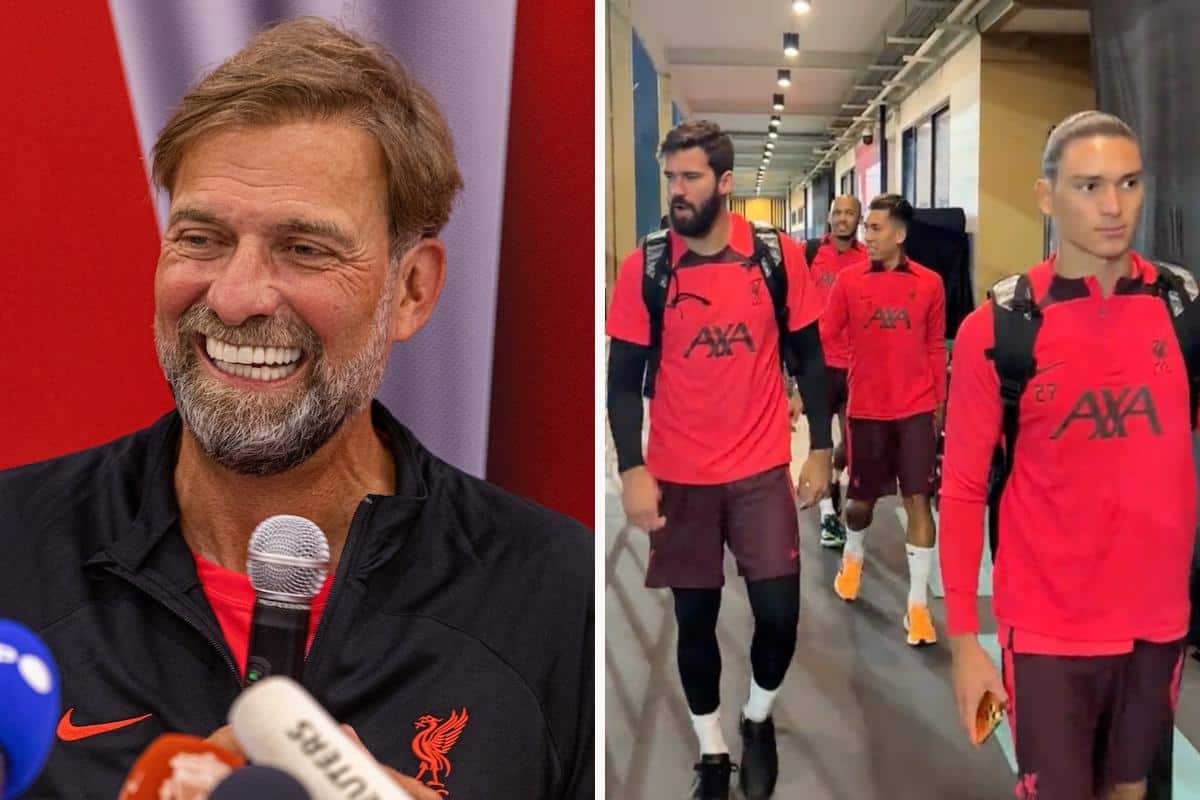 Liverpool’s senior players have all reunited in Thailand and have wasted little time in hitting the training pitch, with Alisson and Fabinho back in the fold.

More than six days from the start of Liverpool’s pre-season, Jurgen Klopp‘s squad has seen the remaining senior figures make their return from their summer break.

Mohamed Salah, Alisson and Fabinho were three of the players to make their own way to Bangkok from their final holiday destination, with the rest of the travelling party all leaving from England.

After landing in Bangkok, Liverpool were given a heroes’ welcome from a sea of Thai Reds who had congregated hours before the team touched down.

And after a brief stop at the hotel, the 37-man squad made their way to their first training session, one to that will get the body moving after a long journey to the Far East.

Heading in before our first training session in Thailand ?#LFCPreSeason pic.twitter.com/xYJr29yvrI

Alisson and Fabinho were spotted for the first time as they followed new signing Darwin Nunez to get ready for the session in Thailand, with plenty of smiles as they did so.

It ensured Roberto Firmino was reunited with his national compatriots after their extended break following their international exploits in South Korea and Japan. 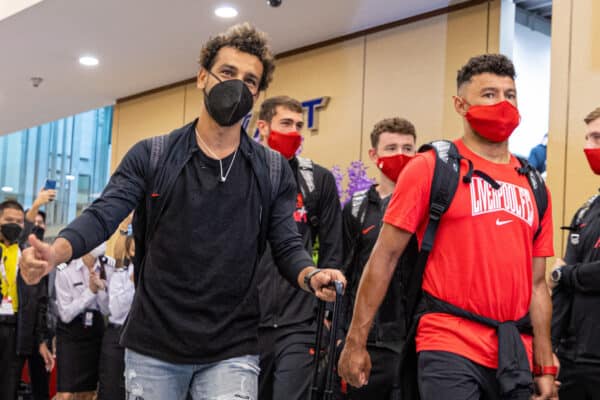 Liverpool will have a busy schedule while in Thailand and Singapore but will be intent on getting the most out of their training time, which Klopp has admitted could see tired legs during their friendlies.

“We brought here 37 players, so we have all generations here and we have to use all of them because the boys who were on international duty in the summer only arrived today pretty much and they cannot play too long,” Klopp told the press after arriving in Bangkok.

“But we will try to give them a few minutes as well, so it will be really exciting.”