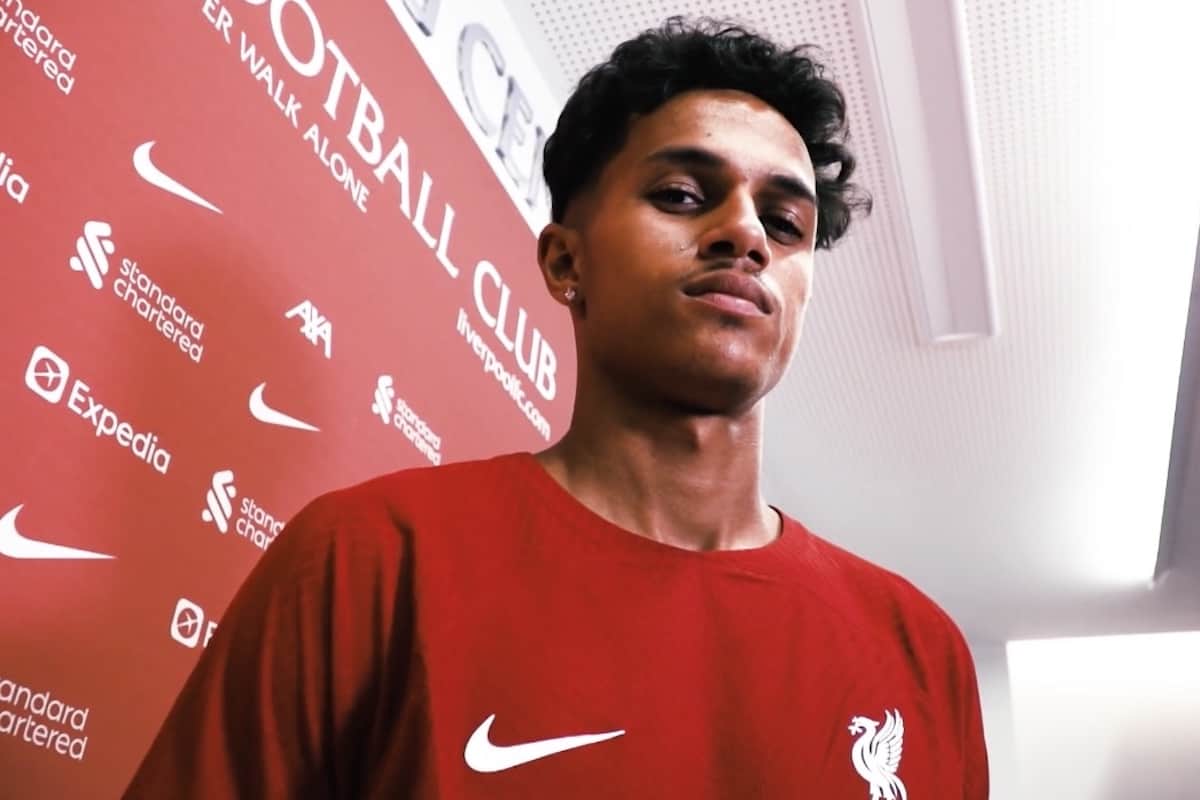 Fabio Carvalho has looked ahead to his new role at Liverpool after completing his £7.7 million move, revealing the two positions he is hoping to play in.

A month-and-a-half after the signing of Carvalho was confirmed, the 19-year-old has been officially unveiled as a Liverpool player at the AXA Training Centre.

The Portugal youth international will link up with some of his new team-mates for the first time in pre-season training on Monday, with a prominent role anticipated from the ex-Fulham playmaker.

It remains to be seen where Carvalho fits into Jurgen Klopp‘s setup, with suggestions he will initially be considered a forward with a long-term view to switching to midfield.

But in his first interview with LFCTV, Carvalho himself has detailed the two positions he is most comfortable in.

“Obviously at Fulham, I played in more of the 10 role,” he explained.

“Here it just depends on what formation that we play.

“But I also fancy the wing, because I’m creative enough to go one vs. one and create things.

“Like you said, I’m more than comfortable playing anywhere, but those two positions are where I want to play.”

Carvalho is one of 19 players due to report for day one of pre-season in Kirkby, with the youngster joining the squad for the dreaded lactate test on the outdoor pitches.

Ball work will begin later in the week, before the full squad flies to Thailand for the first stop of their Far East tour, where they will take on Man United in Bangkok.

It will be a swift introduction for Carvalho, who is “looking forward to every single bit” of the summer schedule.

“I’m just very excited to get started,” he added.

“Obviously pre-season isn’t the most fun thing about football, but it’s something you have to do and get over and done with.

“It’s just a good way to get to know everyone, get to know the players and I just can’t wait to get started.

“I’m looking forward to every single bit of pre-season and the years to come.”