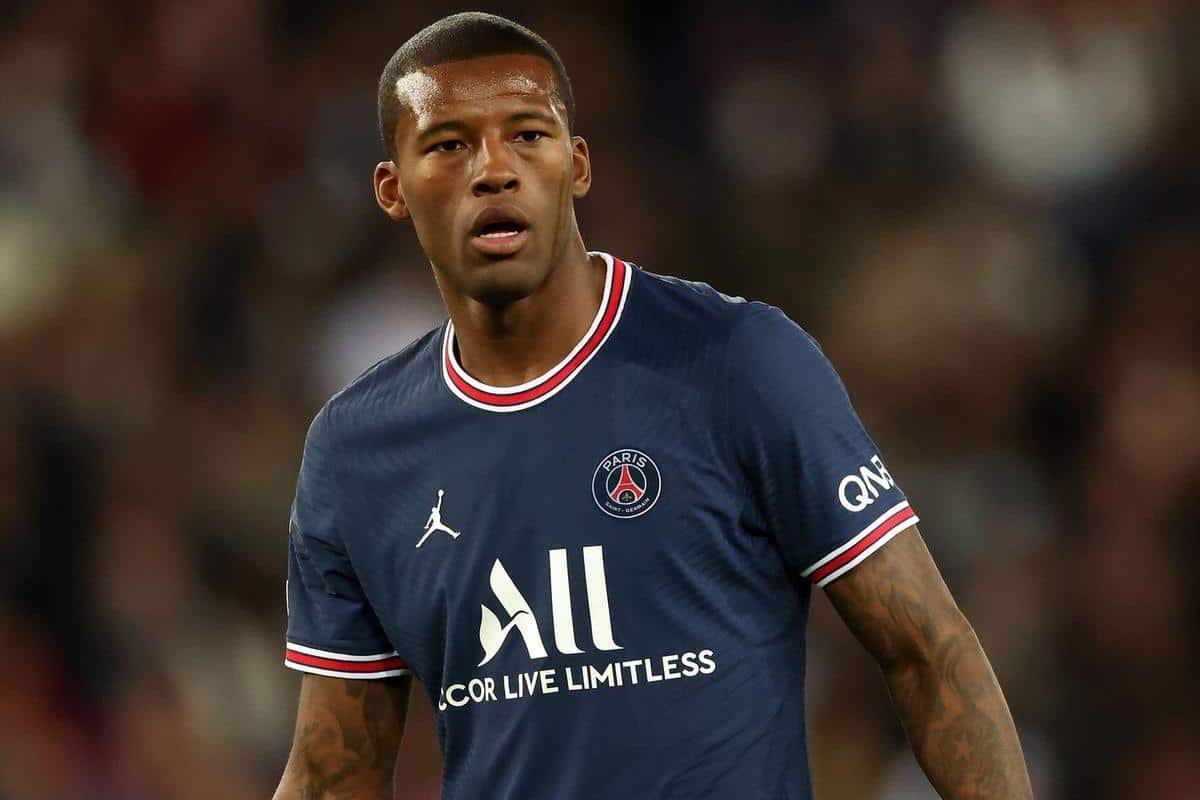 Gini Wijnaldum‘s time at Paris Saint-Germain seems set to end after just one year, with the Dutchman left out of their pre-season squad to tour Japan.

After a mixed first season in Paris, Wijnaldum appears on the brink of his second move in two years, having left Liverpool for PSG last summer.

The midfielder made 38 appearances for the French club in the campaign just gone, but often found himself at odds with the system and competition for places in the squad.

Mauricio Pochettino has now departed as manager, replaced by Christophe Galtier, with the Frenchman now overseeing his first pre-season in charge.

As it stands, Wijnaldum does not feature in Galtier’s plans, and he was one of six senior players left out of the PSG squad for their summer tour of Japan.

PSG have confirmed their 25-man squad for pre-season, with Mauro Icardi, Julian Draxler, Rafinha, Ander Herrera and Layvin Kurzawa all omitted along with Wijnaldum.

In a report prior to the announcement of PSG’s squad, French publication L’Equipe claimed that Wijnadlum, Icardi, Draxler, Rafinha, Herrera, Kurzawa and three others who have since joined the tour had been “placed on the transfer list.”

It stands to reason that Galtier, along with new transfer figureheads Luis Campos and Antero Henrique, would look to reshape the group this summer.

And there is no surprise that Wijnaldum finds himself out of favour, as his frustrating decline since opting to leave Liverpool continues.

According to Italian newspaper Il Messaggero, PSG have already offered Wijnaldum to Roma, while it is claimed elsewhere that the player’s representatives have also contacted the Serie A club.

Moving to Rome would seem a smart fit for the Netherlands international, who needs to find a new home after also dropping out of Louis van Gaal’s squad in recent months.

There is no chance of a return to Liverpool, however, with Jurgen Klopp happy with his midfield options, and when another is pursued it will be one considerably younger, such as Jude Bellingham.