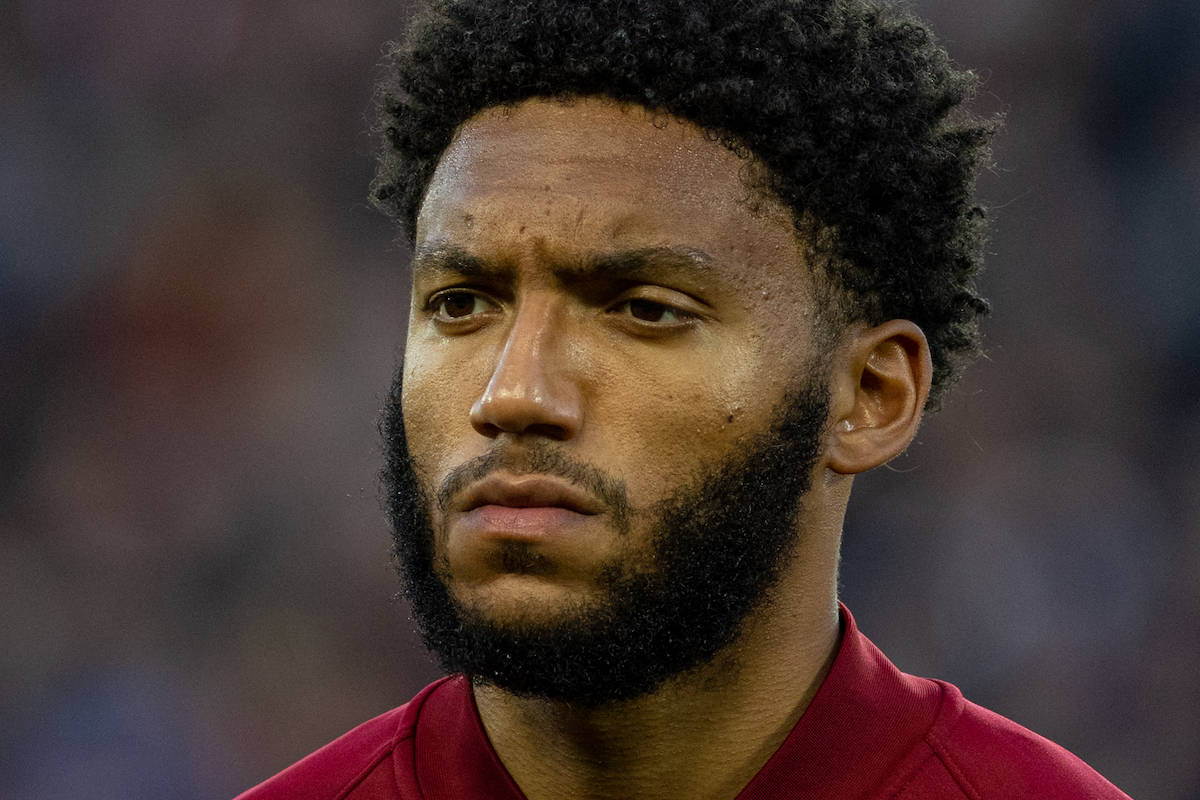 Joe Gomez is currently in talks with Liverpool over a new long-term contract, with widespread reports claiming he is eager to extend for another five years.

With two years left on his current deal and having only made 11 starts last season, at one stage it seemed likely that Gomez would push for the exit this summer.

Aston Villa have been chief among those linked with the England centre-back, who turned 25 in May, while Newcastle were also touted with an interest.

However, it had been widely reported that Liverpool intended to open negotiations with Gomez upon his return for pre-season training this week, and that has now proved to be the case.

According to Merseyside journalists including the Times‘ Paul Joyce, the No. 12 has now “told Liverpool that he wants to stay at the club.”

Furthering this report, the Mirror‘s David Maddock reiterates the “wants to stay” line and adds that a new deal would “tie him to the club for the next five years at least.”

If Gomez does extend to 2027, then, that would take him beyond his 30th birthday, suggesting that he is confident of challenging for a regular starting spot in the future.

Joyce claims that “[Jurgen] Klopp will look to hand the defender opportunities over the coming months,” with Maddock adding that the manager “believes he still has development ahead of him.”

It is almost hard to believe that, after seven seasons with Liverpool already, Gomez is still only just 25, and it stands to reason that he could cement himself as first choice again in the future.

Virgil van Dijk, the immovable starter, turns 31 on Friday, while his regular partner from last season, Joel Matip, will join him in celebrating in August.

Ibrahima Konate is set to be a long-term fixture at 23, with there a chance that he and Gomez serve as the long-term pairing at some stage.

For now, Gomez will remain part of Klopp’s core squad, available at both centre-back and right-back, with his expected commitment undoubtedly great news for Liverpool.