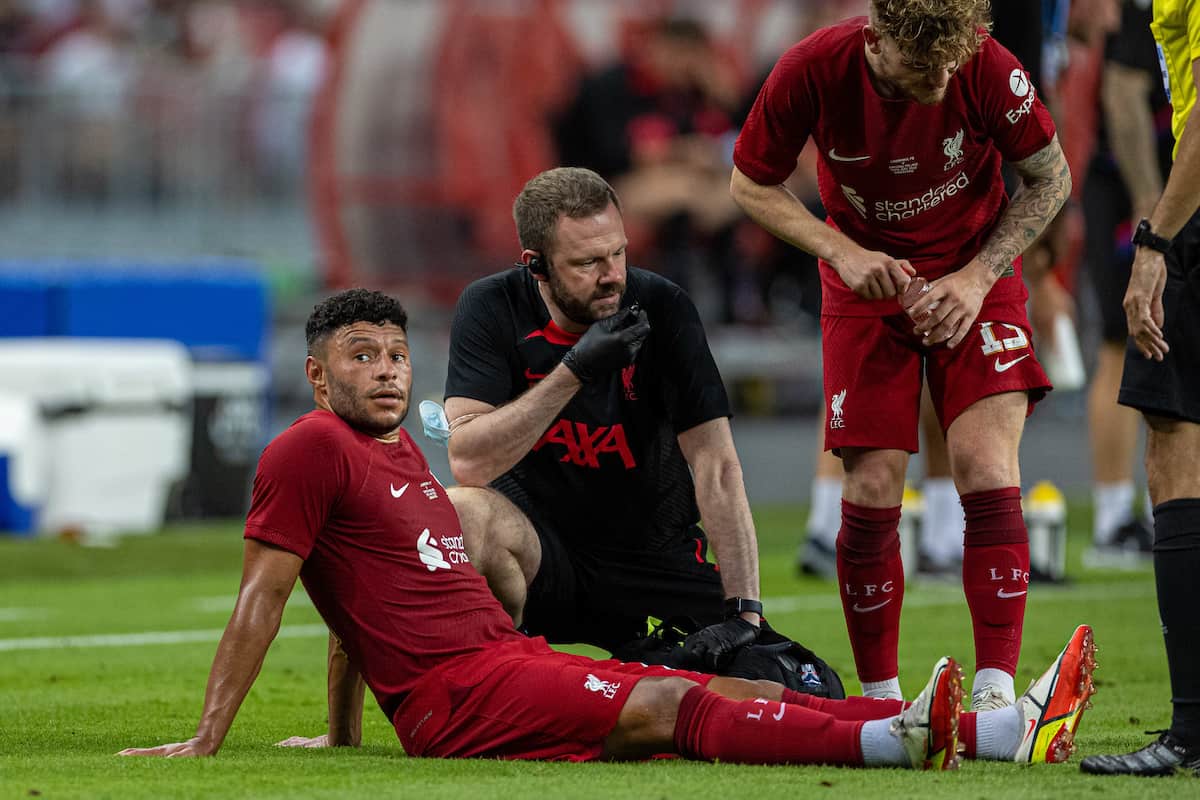 Jurgen Klopp has confirmed a hamstring injury for Alex Oxlade-Chamberlain, with the midfielder left “very disappointed” after his latest setback.

It was a productive evening for Liverpool as they earned a 2-0 friendly win over Crystal Palace in Singapore, with Klopp using all 32 players in his squad.

But there was frustration late in the first half as Oxlade-Chamberlain pulled up, with Leighton Clarkson taking his place for a two-minute cameo.

After a disappointing season in which he was largely fit but rarely used, the 28-year-old will have been looking to kick on and use the summer to impress Klopp and his staff.

Now, though, it seems as though Oxlade-Chamberlain faces a spell on the sidelines, as the manager revealed he had suffered a hamstring injury.

“That’s not cool,” Klopp said in his interview with LFCTV. 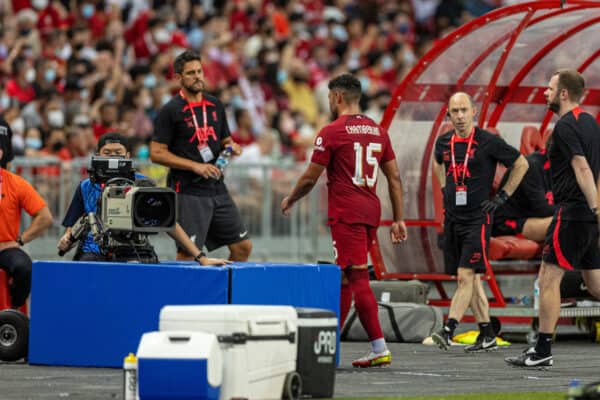 Elaborating on the situation in his post-match press conference, Klopp explained: “Of course it’s very disappointing for us because Oxlade trained all the time really well since the pre-season started.

“It happened obviously with Ox in the past when it gets more intense and something can happen.

“Now this is just a muscle thing and that’s OK. We had worse situations, so I’m OK with it.

“I don’t know exactly how long it will take but he will be back and then it’s all fine. He is obviously a top-class player and he can help us.”