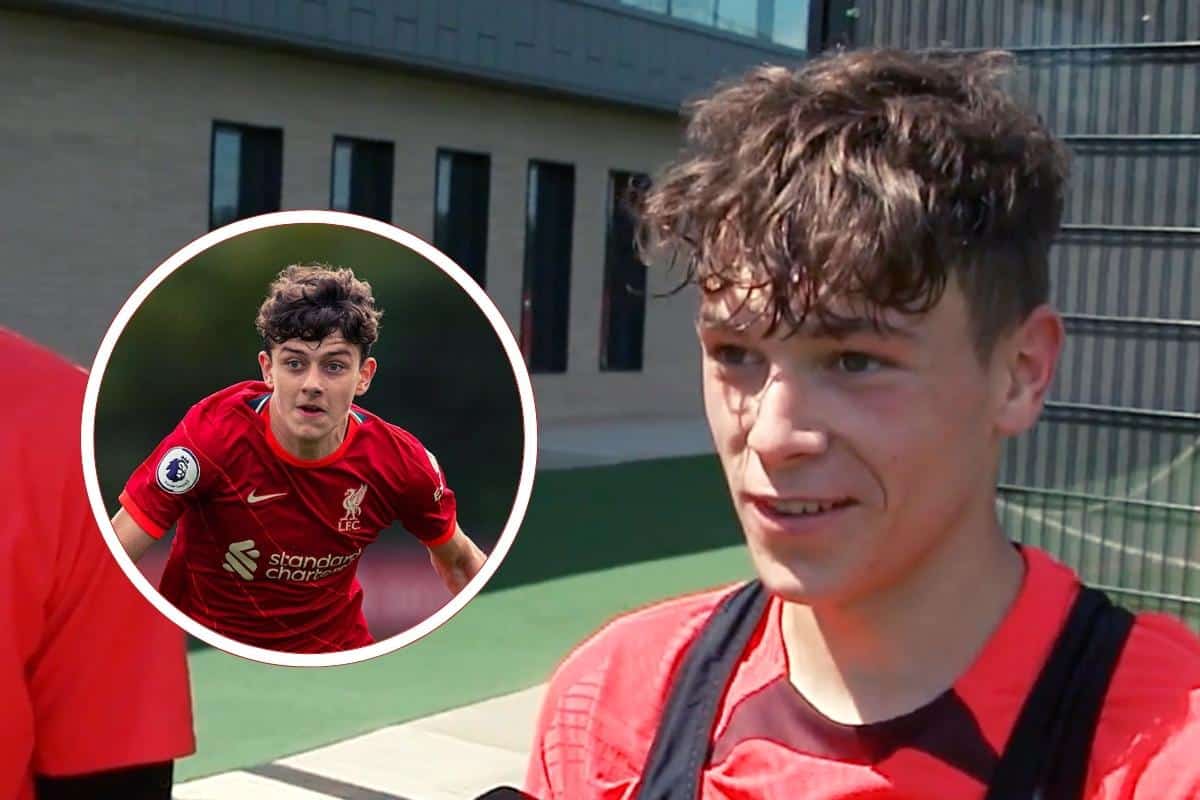 For 18-year-old Luke Chambers, the summer has been a memorable one having won an international trophy and now looking to make the most of his chance to impress Jurgen Klopp.

Chambers was a surprise presence on the first day of Liverpool’s pre-season having only just helped the England under-19s win the European Championships in Slovakia days prior.

The young defender is part of a strong youth contingent in the early days of pre-season in the absence of key senior figures, an opportunity they are not to see pass them by.

The 18-year-old, who was namechecked by Pepijn Lijnders earlier in the year as a prospect the coaches wanted to see close up, is a versatile option at left-back and centre-back.

It is the former where his future is likely to lie, a position currently occupied by Andy Robertson and Kostas Tsimikas in the first team.

But with fellow left-back Owen Beck to join Portuguese Primeira Liga outfit Famalicao on loan, there is the chance to step up and have a role to play for Liverpool.

It’s an opportunity that Chambers is relishing and looking to make the most of, eager to use his fitness from England’s tournament to his advantage in catching the eye of Klopp and co.

“It’s good to be with the first team because when you’ve been away with other lads, it drives you more to be here,” Chambers told LFCTV following a training session.

“We’ve come here now with a lot of confidence from what we’ve achieved [with England] and now it’s time to knuckle down with Liverpool and get our heads focused on the new season.

“Definitely,” Chambers said of the chance to impress. “We got quite lucky because we kept on top of our fitness being away with England and now we’ve come back in [and] feel a lot sharper than what we left off.

“It’s put us in good hands and it’s always good to try and impress the boss and his assistants.

“It’s just about trying to impress and make a good thing for yourself.”

As for his ambitions for the season ahead, Chambers has his eye on stepping up to the under-23s with Barry Lewtas and making inroads in the first team.

“I’ve just got a mindset that I want to go as far as I can this year, hopefully, have a really good under-23s season and try and get myself in the first time the odd time and try and show what I’ve got,” Chambers said.